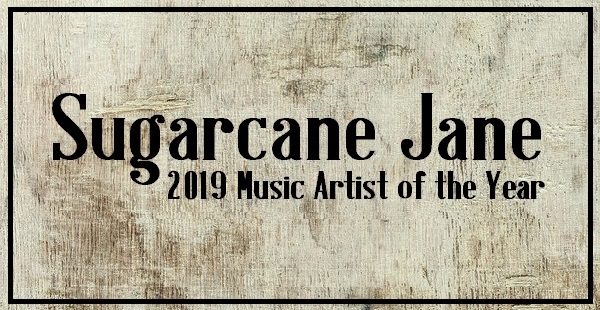 An Article by Johnny Cole  |  Photos by Stephen Anderson

The Southland Music Line loves devoting its time to spreading the word about the great music, venues and musicians that we are privileged to encounter during our travels around the globe, but primarily those from across the Deep South. The Southland Music Line is now entering seven years of sharing our love for music with others. Each year, we recognize a band or musician as our annual Music Artist of the Year. In past years, we have recognized Willie Sugarcapps (2014), The Mulligan Brothers (2015), Lisa Mills (2016), Grayson Capps (2017) and Abe Partridge (2018).

With 2019 soon coming to a close, we began considering a number of musicians for this year’s selection. Several things factor into our process of choosing. We want it to be someone our readers admire and embrace as fans. Also, we look for someone who has had a successful year based on an array of accomplishments. Sales and marketing of an artist don’t always play a part, but creativity and connection to fans has much value in our final decision. Several have had an impressive year and are to be congratulated for their successes.

After three consecutive years of being voted Favorite Music Artist in our annual Readers’ Choice Awards, The Southland Music Line is proud to recognize Sugarcane Jane as the 2019 Music Artist of the Year as voted by our staff and contributors. 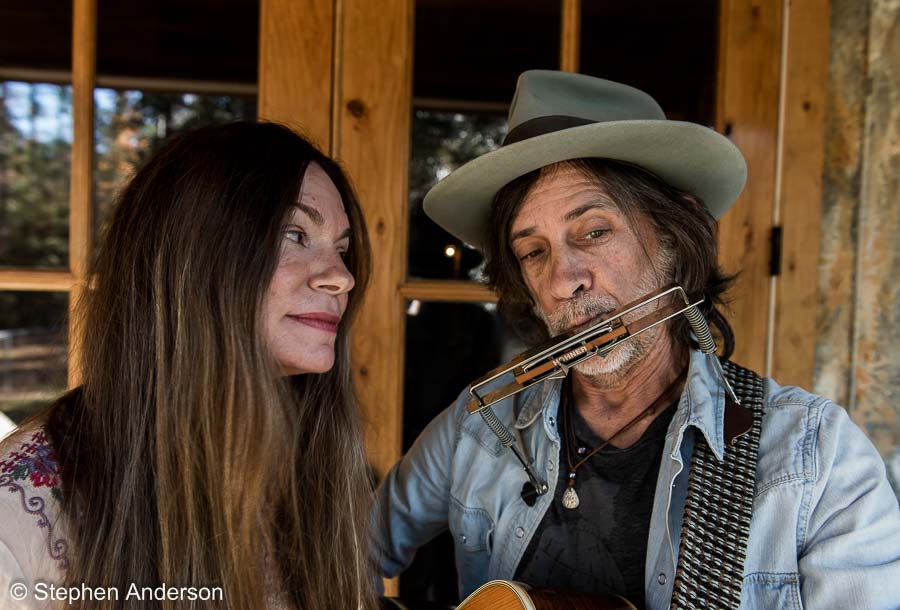 We have covered Sugarcane Jane abundantly in the past several years including our 2015 article, “Why We Love Sugarcane Jane as Told by the Friends & Fans of Sugarcane Jane”, which to date is our most read article. Sugarcane Jane also played a significant part in the formation of The Southland Music Line. Seven years ago, I was invited to Jack’s by the Tracks by Stephen Anderson and Robby Amonett to check out a duo called Sugarcane Jane. They told me the duo included a guy named Anthony Crawford who had once toured with Neil Young. After hearing Crawford’s name, I responded “didn’t he also perform with Steve Winwood in the late 80s and was part of Young’s Shocking Pinks band?” Obviously, I went to Jack’s that evening and have been a fan since that first performance. Shortly afterward, The Southland Music Line was formed at the popular Pascagoula, Mississippi venue. The husband-wife duo of Anthony and Savana Crawford have always been supportive of The Southland Music Line – we are very thankful.

Anthony Crawford has had one of the most amazing careers – recording and touring with some music’s biggest stars (Sonny James, Neil Young, Vince Gill, Steve Winwood, Dwight Yoakam, Steve Forbert, etc.) and has written for such artists as Kenny Rogers, The Oak Ridge Boys and Lee Greenwood. He has shared the stage with industry giants like Paul McCartney and Bruce Springsteen and has appeared at the monumental events, Live Aid and Farm Aid. His stories of the road are priceless and deserving to be told in print. 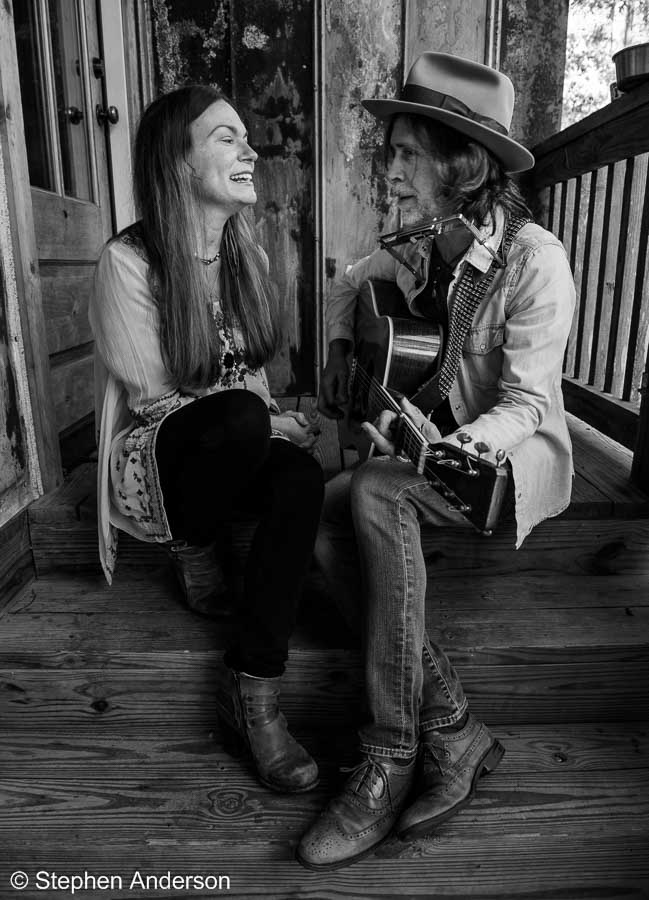 Savana Lee Crawford carved out an interesting career prior to the forming of Sugarcane Jane, too. While living in Nashville, she spent time writing and performing at some of Music City’s most famous venues. She also co-owned and managed the vintage analog recording studio, Deepfield Studio, where many major label stars recorded. This is where she would meet Anthony, her future husband and music partner.

In recent years, Anthony and Savana have been non-stop recording and performing as Sugarcane Jane and as part of the Americana supergroup, Willie Sugarcapps, along with Will Kimbrough, Corky Hughes and our 2017 Music Artist of the Year, Grayson Capps. One of the most impressive things about Anthony and Savana has been their balance of a career and their beautiful family (Nine-year-old Loretta Raine, seven-year-old Levon Cash, and four-year-old Dusty Lee).

In 2018, Sugarcane Jane released their album “Southern State of Mind” (produced by Anthony & Buzz Cason) to impressive reviews, chart successes, and enthusiastic fan reception. The album was also voted as the fan favorite in our Readers’ Choice Awards. By the end of 2018, continual interest in the new album had them appearing on multiple radio shows including a spectacular interview on Sirius XM’s Buddy Miller & Jim Lauderdale Radio Show.

Things continued to thrive as the album made headway, charting on RMR (Roots Music Report) for much of early 2019. By late summer, Sugarcane Jane took things to the next level, adding The Bucket Fillers to accompany them on several dates with old friend Dwight Yoakam. The addition of Pete Nice (pedal steel, lap steel, and mandolin), Leif Bondarenko (drums), and Gary Edmonds (guitar) shined new light on their already great songs, earning Sugarcane Jane & the Bucket Fillers standing ovations while on tour with Yoakam. Due to the heavy workload and future touring, music veteran Rick Carter came on board as manager, too.

Following the Yoakam tour, The Southland Music Line caught up with Sugarcane Jane & the Bucket Fillers at two exciting shows at T-Bones Records in Hattiesburg, Mississippi and Slowboat Brewing Company in Laurel, Mississippi. Article contributor, Cindy Thamert, saw their show in Shreveport, Louisiana. She commented, “We were lucky enough to be in attendance to see this wonderful, high energy show at Shreveport House Concerts. It was our first time to see the full band since they’ve come off the road from opening a number of shows for Dwight Yoakam and we were not disappointed.”

Also, we must acknowledge the incredible article about Sugarcane Jane in Portico Eastern Shore magazine by longtime friend, Jim Hannaford. He gives a fully detailed account about this much loved music duo – past, present and future.

On November 1, Sugarcane Jane released a much requested live album with the Bucket Fillers. Sugarcane Jane’s eighth album (first live album) was recorded at Fairfield Studios in Shreveport, Louisiana during a September house concert and mastered at the Crawford’s Admiral Bean Studio in Loxley, Alabama. As always, reviews have again been positive.

2019 has definitely been one of Sugarcane Jane’s most successful years. The Southland Music Line is pleased to recognize them as our 2019 Music Artist of the Year. They continue to make new fans wherever they go and we can certainly expect more good things to come from this amazing duo. 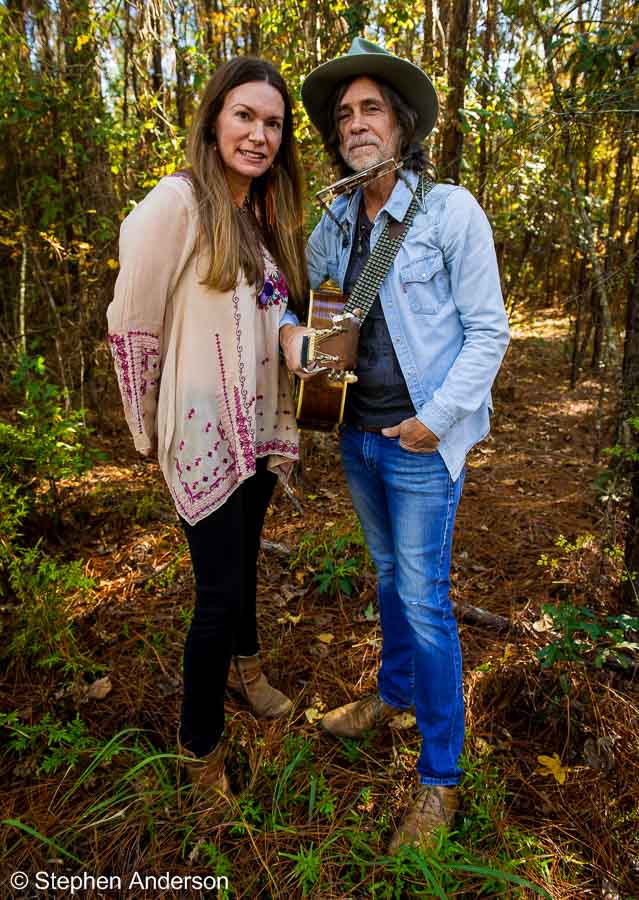 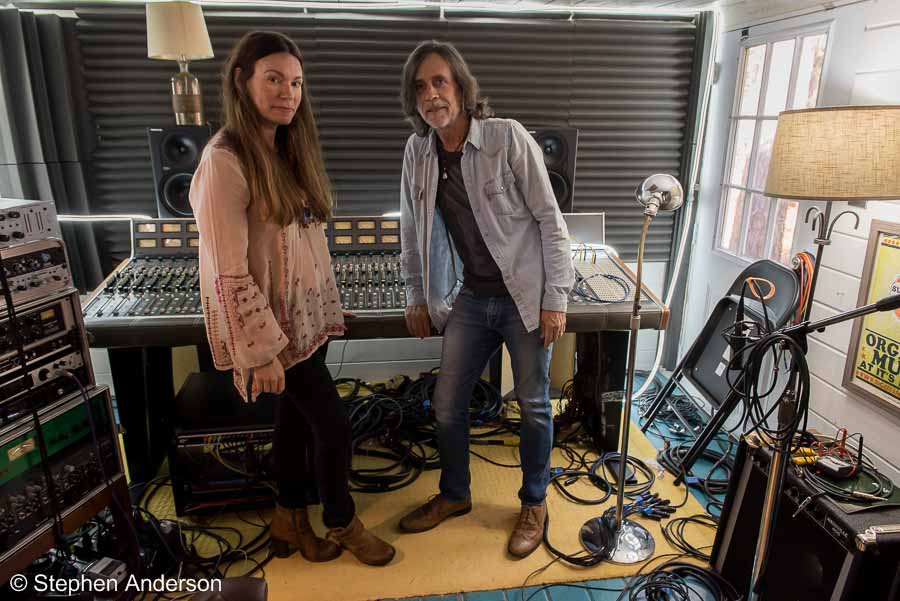 At home with Sugarcane Jane