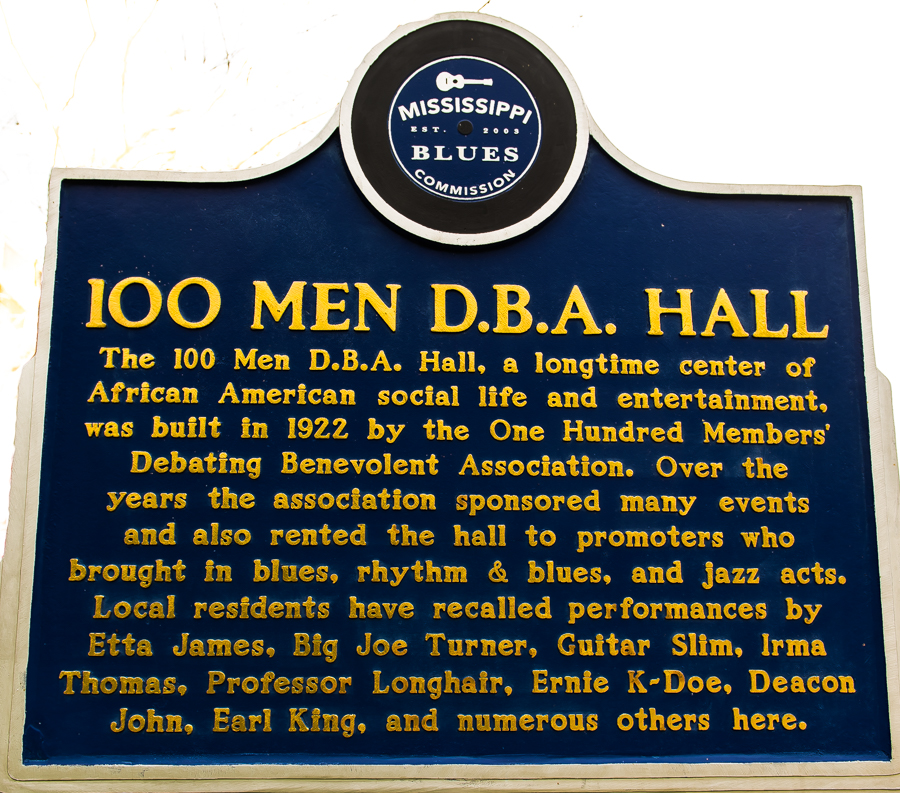 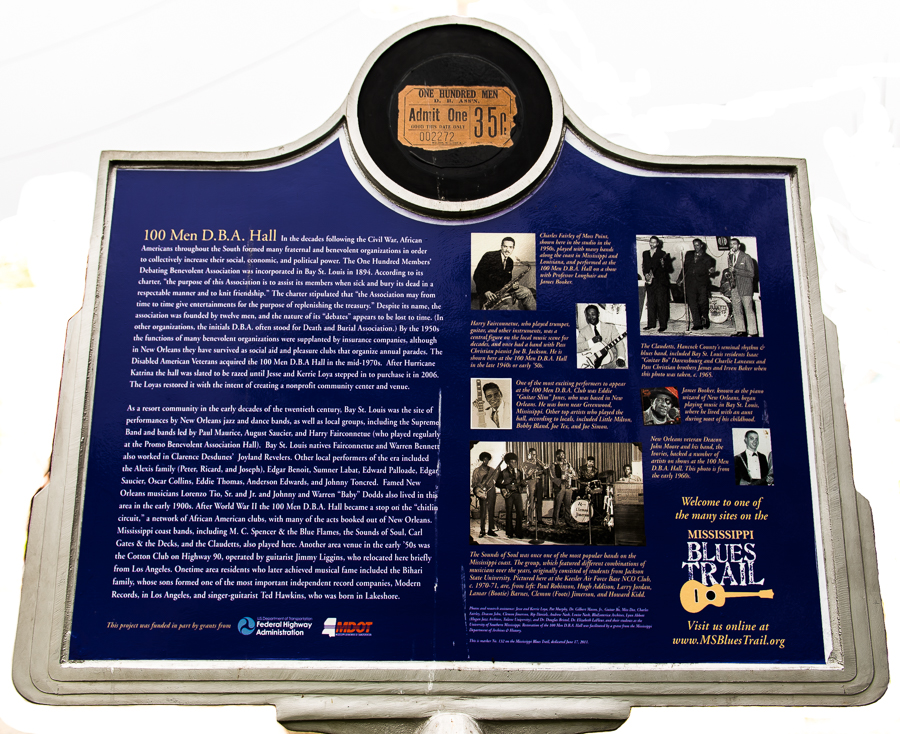 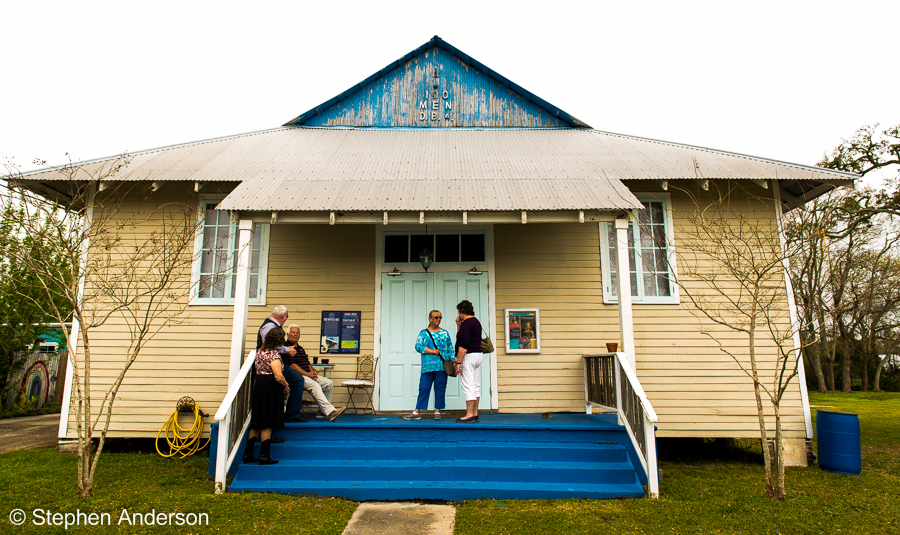 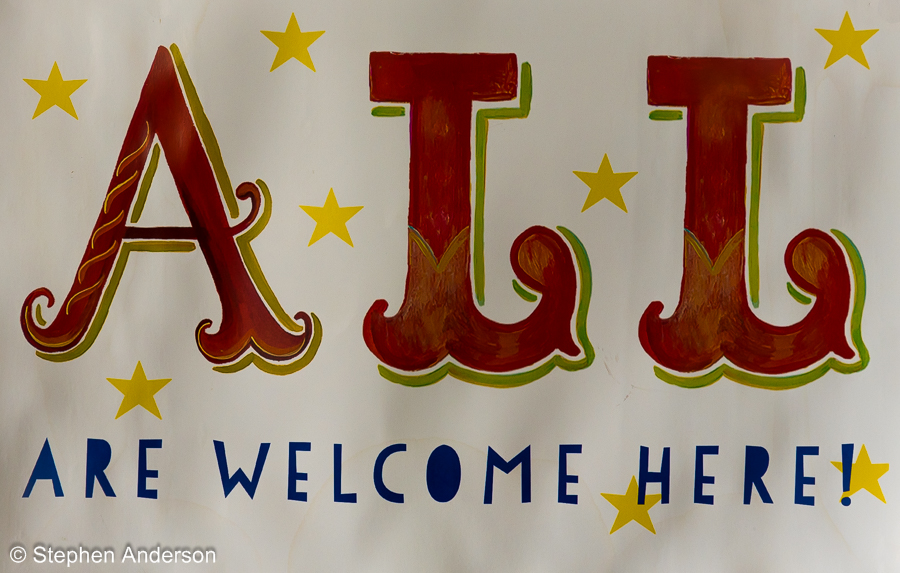 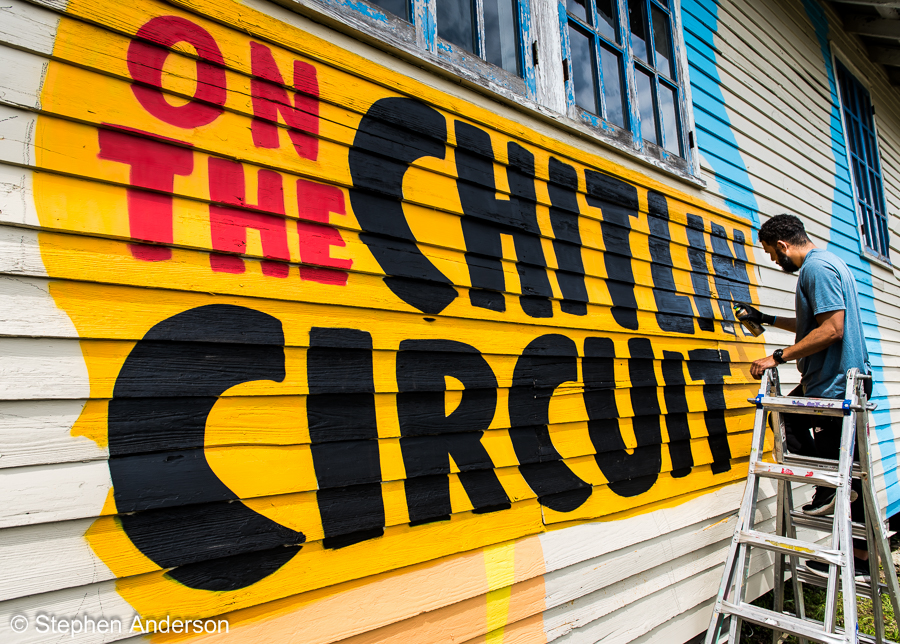 One of the cornerstones of the Hall’s mission has been to tell a more comprehensive story of African American resilience on the Mississippi Gulf Coast by commissioning visual artists Wendo and JoLean to paint a mural of the 100 Men D. B. A. Hall’s history. 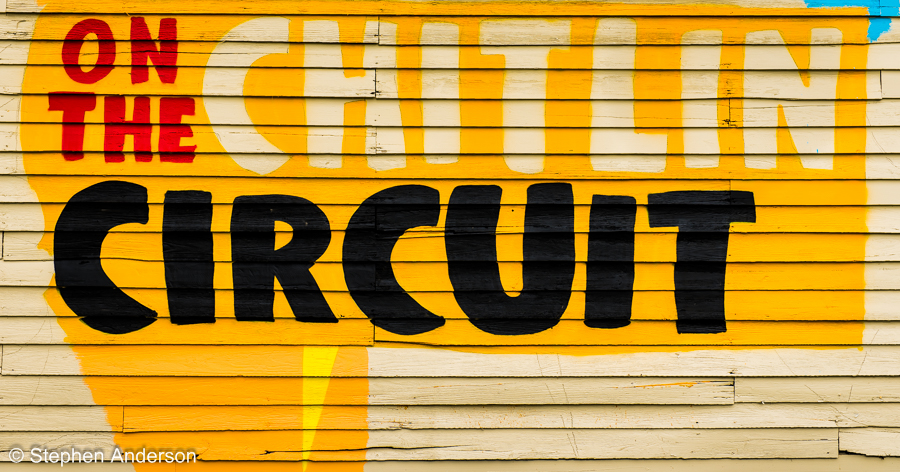 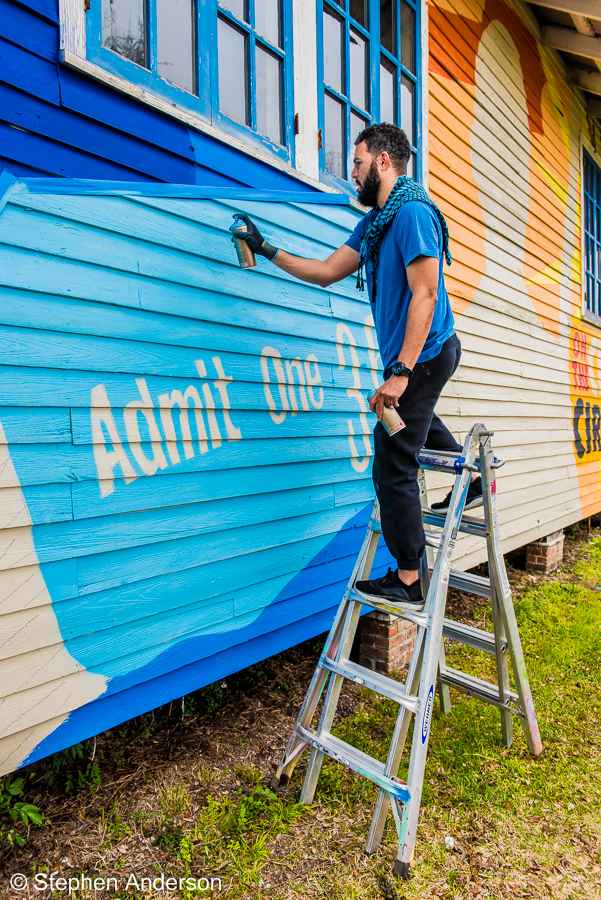 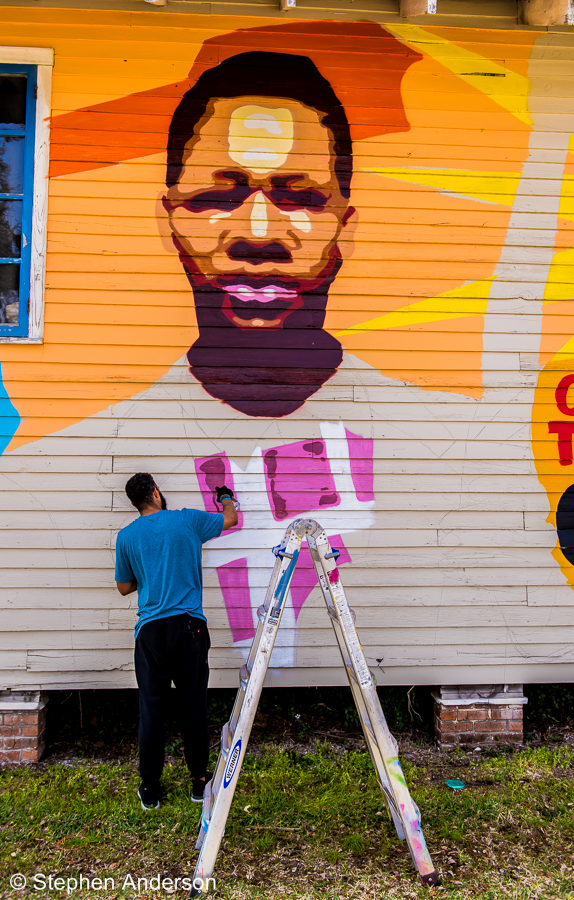 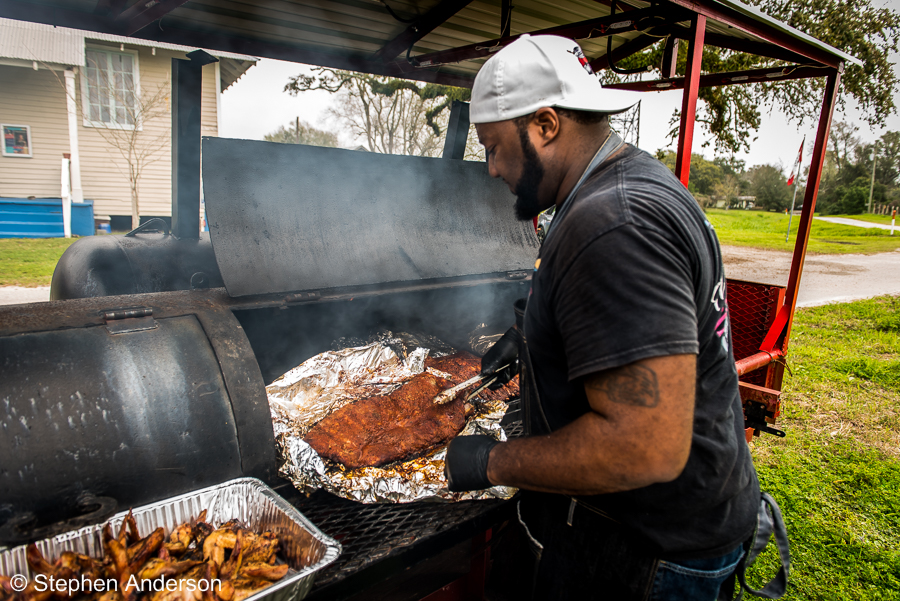 New Orleans chef, Chris Hayes of the Smoking Oyster, who prepared smoked ribs, oysters, sausage and jambalaya for those in attendance. 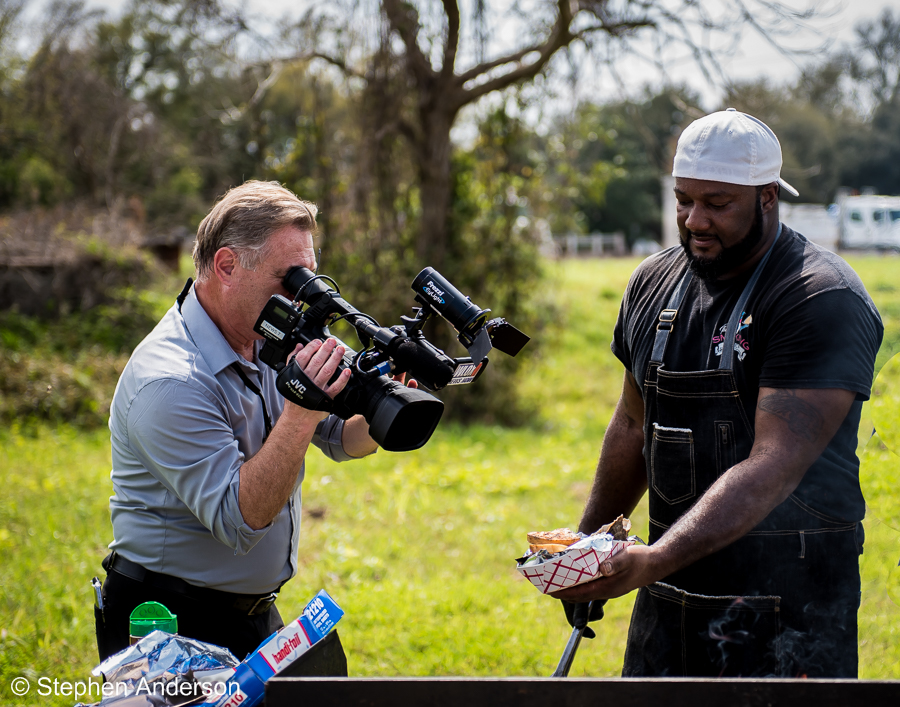 Earlier this year, Hayes was named the winning contestant on Food Network’s “Cooks vs. Cons”. His recipes have also been published in Louisiana Cooking Magazine and Road Tours Magazine. 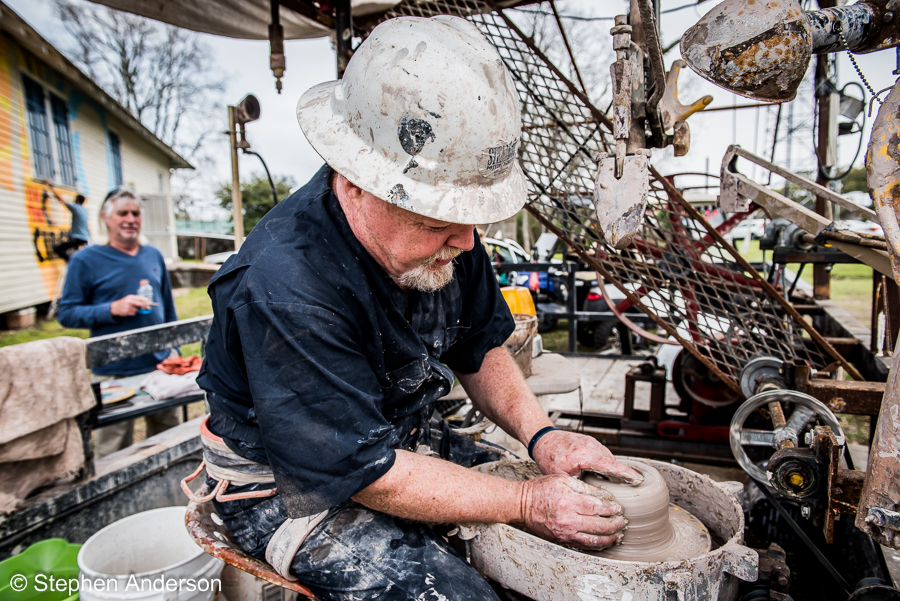 Steve Barney, the Mad Potter of Bay St. Louis, who climbed aboard his STEAMpunk pottery machine to throw pots upside down while using his head to mold and shape the pots. Barney designed his performance to teach the audience how to integrate art with STEM (Science, Technology, Engineering, and Math). Steve Barney is also the owner of The Bay St. Louis Creative Arts Center and current president of The Arts in Hancock County. 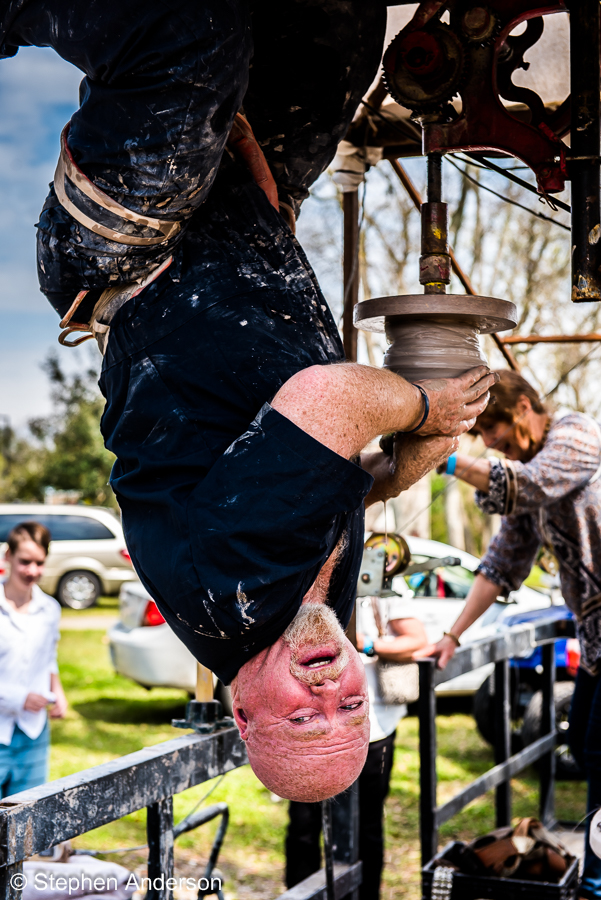 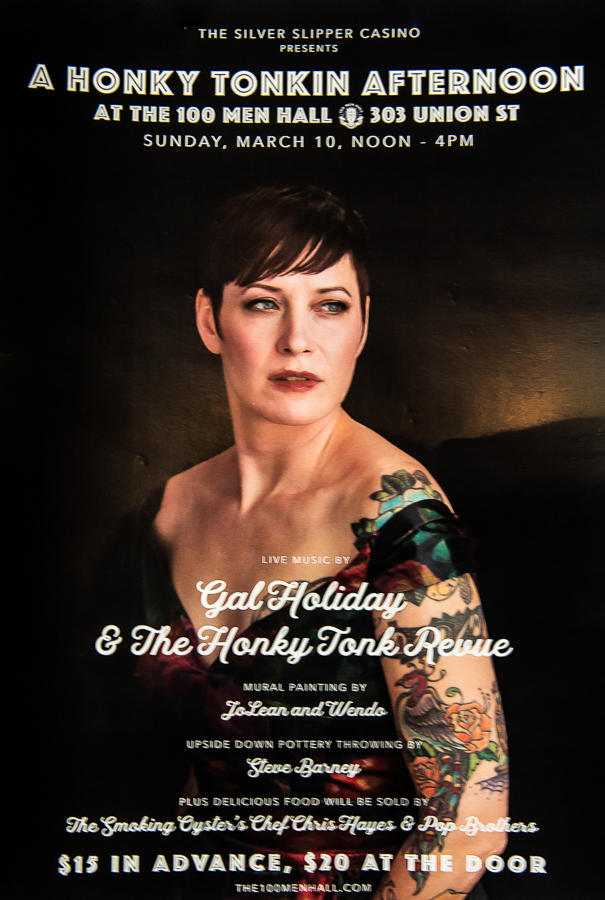 A Honky Tonkin’ Afternoon” event took place at the Hall and included something for everyone to enjoy, encompassing music, visual and culinary arts. 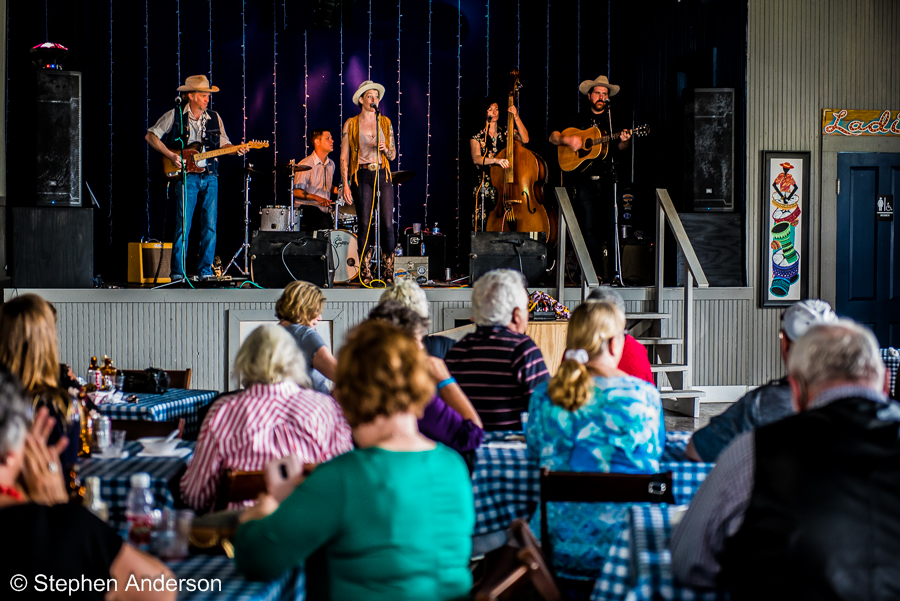 The music of Gal Holiday & the Honky Tonk Revue with Jimbo Mathus, who did credit to the legendary artists who once stood on that same historic stage, filled the Hall.

Jimbo Mathus at the 100 Men Hall 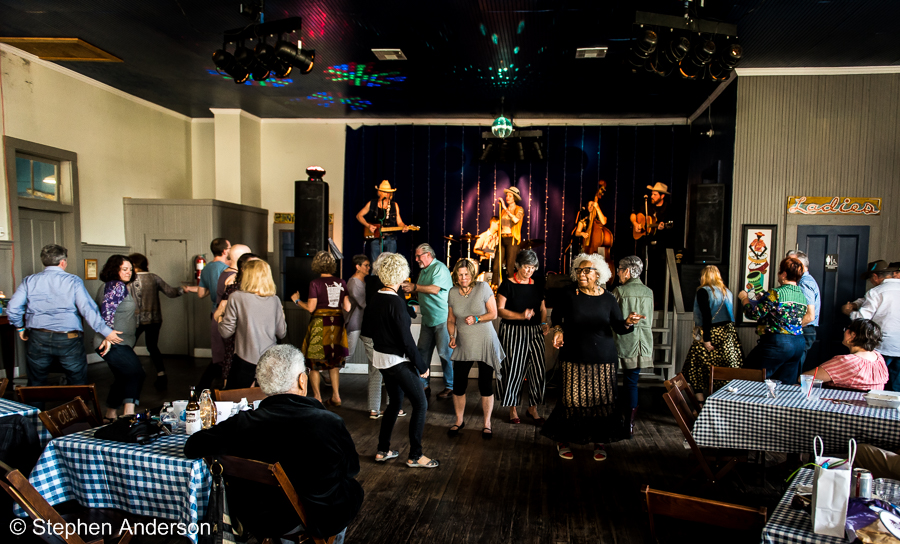 Dancing at the 100 Men Hall 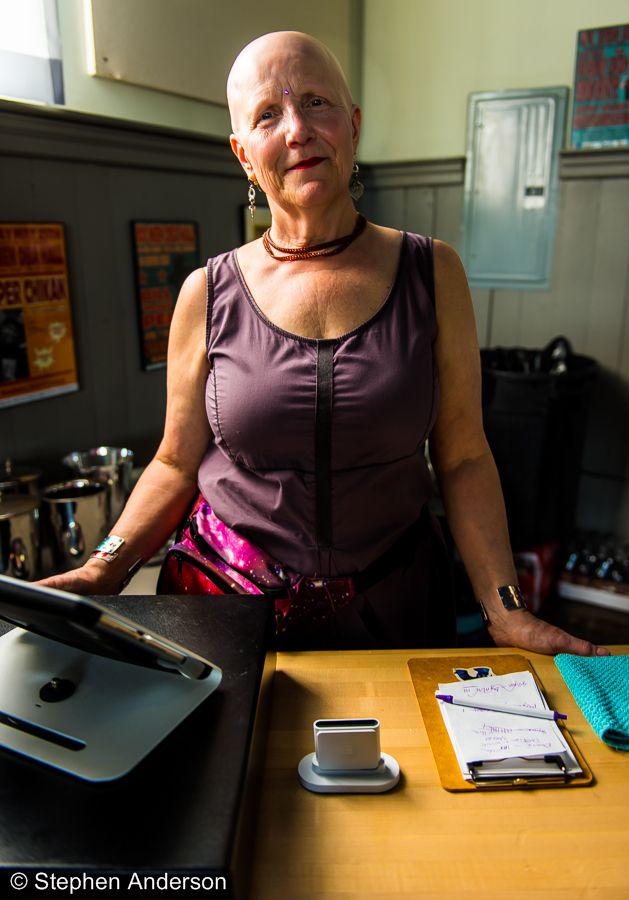 Rachel Dangermond (above) and her son, Constantin Dangermond (the 101 st Man) purchased The 100 Men Hall on July 27, 2018 with the intent to operate it as a nonprofit, music venue, multipurpose hall rental, and community space, providing a bridge between all segments of the population in Bay Saint Louis and the Gulf Coast.