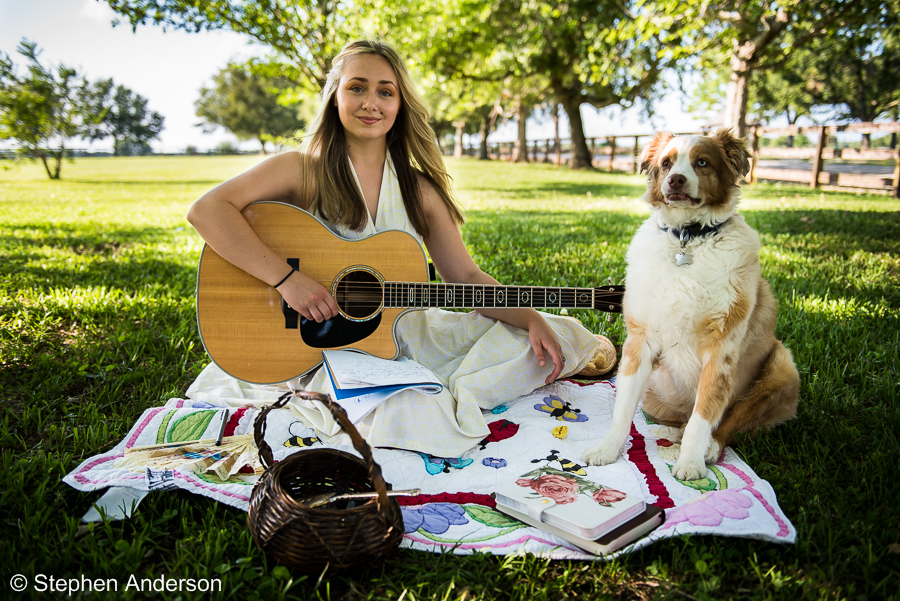 An Article by Johnny Cole  |  Photos by Stephen Anderson

There is something very special when a singer-songwriter can naturally connect with his or her audience. The ability to write a great song that others can relate to is a rewarding accomplishment. Summerlyn Powers, a talented singer-songwriter from Fairhope, Alabama, continues to blossom as someone with that admirable gift.

I first heard Summerlyn a few years ago at The Mississippi Songwriters Festival in Ocean Springs, Mississippi. Yes, I was impressed with that early performance, but it was years later at a socially distanced show at The Peoples Room of Mobile in 2020 that I saw Summerlyn in a completely new light. Following that July 23rd show I wrote: “Summerlyn Powers really does write songs that come from a very good place – that are heartfelt and creative.”

Summerlyn Powers is a graduate of Fairhope (AL) High School currently attending college at Belmont University in Nashville, Tennessee. As a songwriting major who will be turning 21 later this year, she began performing at a very early age. Her first show was at Lucy Buffett’s “Lulu’s” in Gulf Shores (AL), the famous venue owned by the sister of Jimmy Buffett. Early in her career, Summerlyn received assistance and encouragement from a number of other singer-songwriters, including Christina Christian and her husband Nick Biebricher. She was also privileged to record a demo at Admiral Bean Studio with Anthony Crawford, known for his recording and touring with Neil Young, Steve Winwood, Dwight Yoakam and as part of the husband/wife duo Sugarcane Jane. 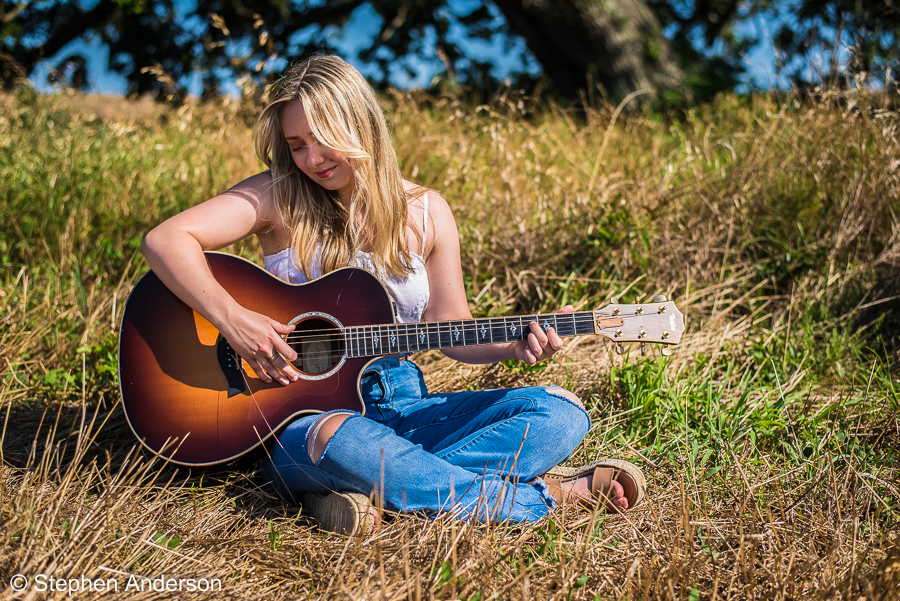 Country music star Pam Tillis also served as a musical mentor, having co-written the song “Rise and Shine” and appearing in Summerlyn’s popular music video for the single “Alabama Kinda Girl”. (Summerlyn’s mother once worked as a singer-dancer for Pam’s father, country music legend Mel Tillis, at his theatre in Branson, Missouri).

Summerlyn has also performed hundreds of solo shows across the country. Some of her favorite places to perform are The Hope Farm in Fairhope (AL) and The Peoples Room of Mobile (AL). A few years ago, by invitation of Anthony Crawford, she was honored to perform a song at the popular Frog Pond at Blue Moon Farm in Silverhill (AL). Summerlyn also enjoys performing in the Nashville area at such venues as Belcourt Taps and doing “open-mic” at the legendary Bluebird Cafe. 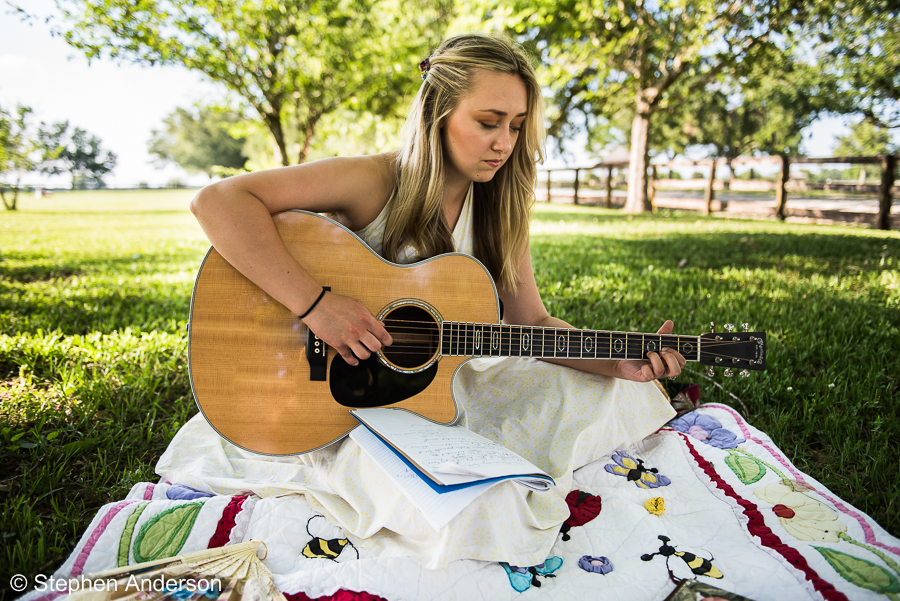 Recently, while speaking with Summerlyn she explained her love of live performing, by saying “Live performing is like a bridge between the performer and the audience”. She loves the interaction with the audience that a live show provides. One of the highlights of Summerlyn’s most recent performance at The Peoples Room of Mobile was the Q&A portion of her show that allowed the intimate-sized audience to ask questions about her music and obvious love of the music which has inspired her.

During the above mentioned show, Summerlyn performed a cover of “Rocky Mountain High” by John Denver, one of her major musical influences. In a recent conversation, she spoke about Denver in detail including her introduction to him from the 1971 “Poems, Prayers & Promises”, an album from her father’s record collection. Discussing her love of the early seventies singer-songwriter era is refreshing. Carole King’s “Tapestry” is a favorite album and Joni Mitchell’s “Both Sides, Now” (from Mitchell’s 1969 album “Clouds”) is also one of Summerlyn’s favorite songs. Her taste in music transcends generations. Her admiration for such albums as Jordy Searcy’s 2020 album “Love? Songs” is further proof of her broad appreciation for music regardless of the decade of its release.

Over the course of several years, Summerlyn has written with songwriters such as Pam Tillis (as mentioned earlier), Andrew Rollins (who has an impressive list of music credits, including writing a number of songs for the TV series “Nashville”) and award-winning songwriter Sean Gasaway. 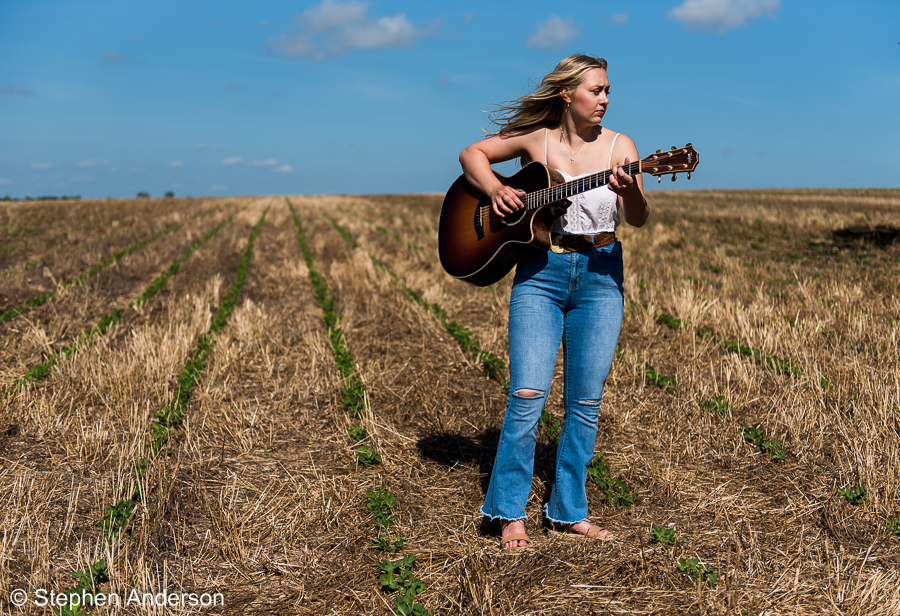 Most recently, Powers teamed up with Nashville roommate and fellow singer-songwriter Michelle Raybourn on the brand new duet “Curious” to be released on June 18, 2021. This exciting new single was recorded at Trace Horse Studio and produced by Kyle Dreaden. The single stylistically blends the vocals of Summerlyn and Michelle into a very radio friendly song which will be obtainable at all downloading and streaming services with a video coming soon.

Summerlyn has a busy 2021 schedule ahead of her. Not only will her new single be released in June, but she will also be working as a Christian girls’ camp counselor in Georgia for two months. Plus, she will continue as the social and media manager for Jenny & Tyler, a husband-wife folk-pop duo currently based in Nashville. Summerlyn says we can definitely expect more live performances (festival appearances, college house shows, etc.) as the year continues, too.

In the last year, I have thoroughly enjoyed conversations about music with Summerlyn. It doesn’t take long to be impressed with her incredible drive, “in control” attitude, willingness to learn from others and ability to express herself creatively. She clearly pronounces her Christian faith as the center of who she is and the purpose behind her music. She desires to live in a manner in which the Gospel can be shared to others in a number of ways including her music. Summerlyn’s genuine joy and appreciation for life is expressed and shared through her music and we are the beneficiaries of that joy. 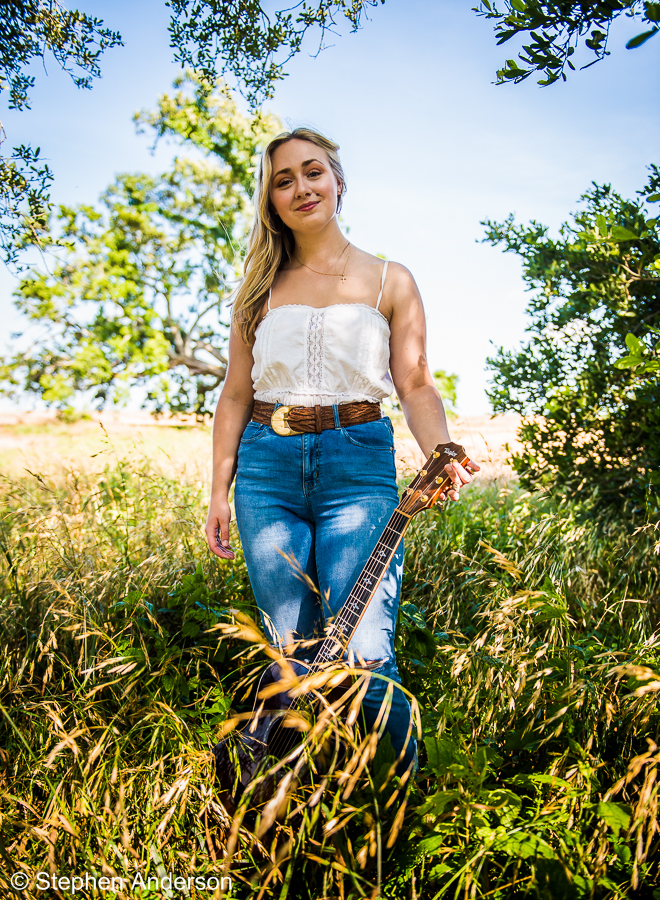 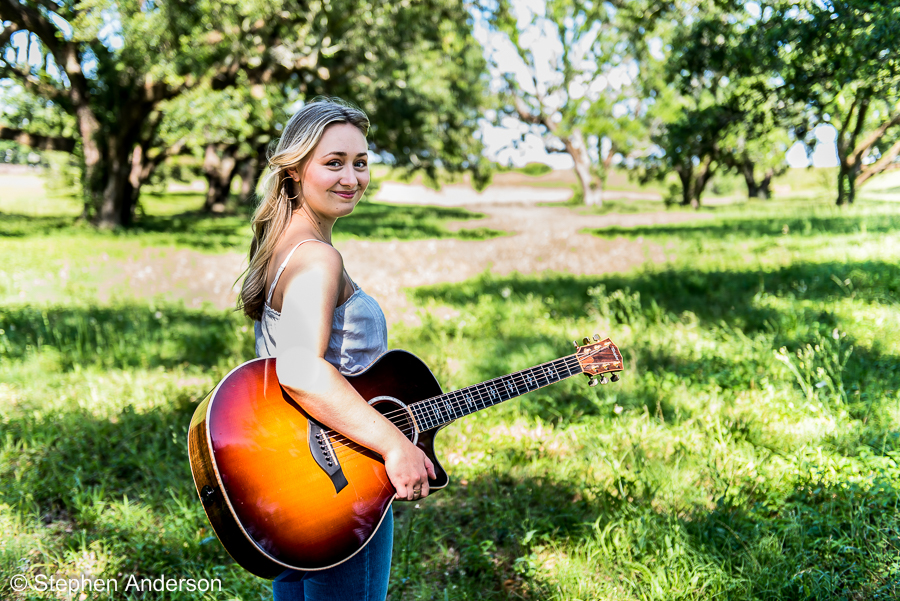