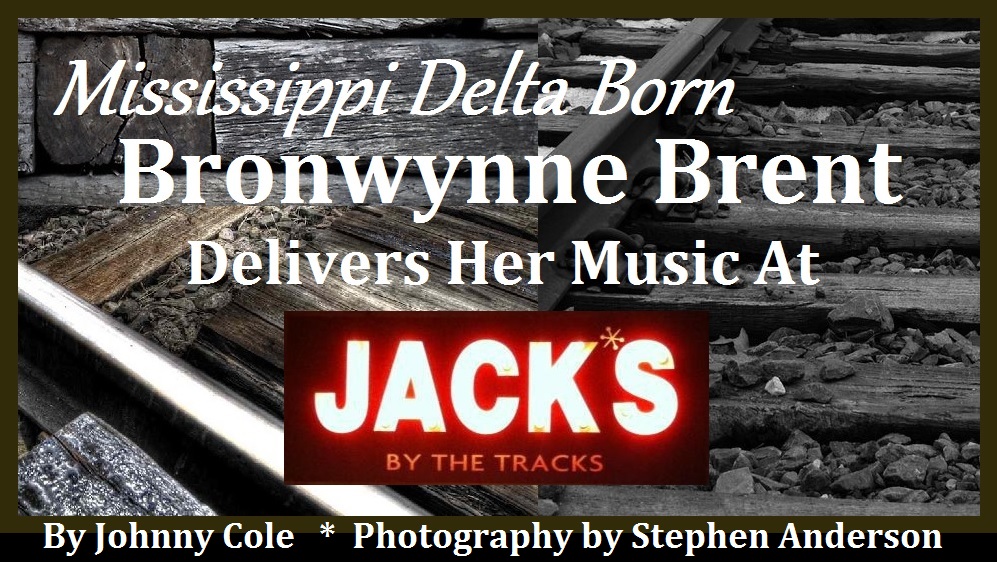 A few years ago there was a void of interesting new female singer-songwriters on the scene. Not everyone can be on the level of Joni Mitchell or Rickie Lee Jones, nor can they be even compared to some of the artists that showed up at the Lilith Fair festivals and/or scored much success in the 1990’s. Artists like Paula Cole, Sarah McLachlan, Fiona Apple, Suzanne Vega, Joan Osborne, Sheryl Crow, Shawn Colvin, PJ Harvey, Tori Amos, Alanis Morissette, Jewel and so many more were everywhere prior to the turn of the century. Consequently, there came a time when there was almost too many, and one by one we heard less and less from this type of female artist. Although the years since have not been completely absent of interesting female singers  like Amy Winehouse, Adele or Nora Jones, nothing can compare to the huge influx that came on the scene in the “90’s.” 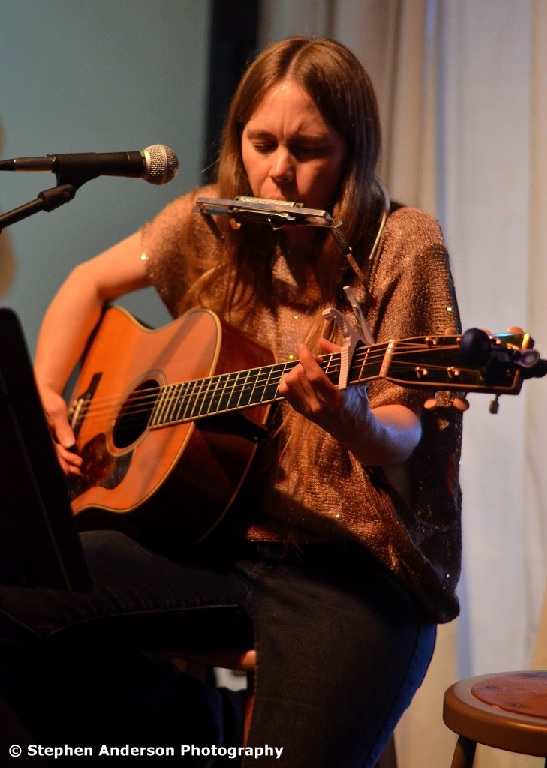 Bronwynne Brent performing at Jack’s by the Tracks in Pascagoula, MS (Photo by Stephen Anderson)

Currently a number of female singer-songwriters are reemerging and some are quite good (e.g. Sara Bareilles, Ingrid Michaelson and Atlanta born – Charlyn Marshall aka Cat Power). From time to time, a female artist sparks my interest and enthusiasm. For instance, in 2012 I was extremely excited over the new music of the artist, Anna Harwood from Georgia. Since then, Anna disappeared from the radar by going into a different direction, including a name change. I couldn’t find her for awhile, until I made contact with her musical collaborator and producer, who brought me up to date. Anticipation is high for what is in store and I am looking forward to it.

Most recently, when I was scheduling my plans for seeing a series of shows, concerts and festivals, one such artist stood out that was a must see. Not having to venture too far, I heard that appearing at Jack’s By the Tracks, was Bronwynne Brent. Naturally, not only did I have to see who had such a cool sounding name – “Bronwynne Brent” but a few days prior to the show, Jack’s owner Mark Garrison had told me a little about her, so I was really intrigued.

The Mississippi-Delta born singer-songwriter, Bronwynne Brent, is the youngest of four children from a family known for music. She is sister to award winning blues pianist, Eden Brent. Bronwynne’s first album, “Deep Black Water,” received much acclaim in many circles and frankly should have had more deserved recognition from the listening public, as well. On May 20th, she is officially releasing her latest album entitled: “Stardust”. I was able to pick up a copy of it at her show and found the same quality as the first album. I’ve also since had the privilege of  enjoying “Deep Black Water” too. Bronwynne’s stage presence is one of sweet and pleasurable charm, and at times almost innocent. At first, I didn’t know what to think of her delivery, but as the show went on, it became evidently clear she was definitely the kind of talent I spend so much of my time searching for in towns and venues across the country. She performed seated with her guitar and harmonica at hand, delivering her original songs with much natural passion. After her first set, I spoke with her and  Bronwynne asked if I thought the audience would rather hear only covers instead of so much of her own original material. I quickly told her to keep with her originals, because many at Jack’s are serious about their music and love a variety of both great originals and timeless covers. 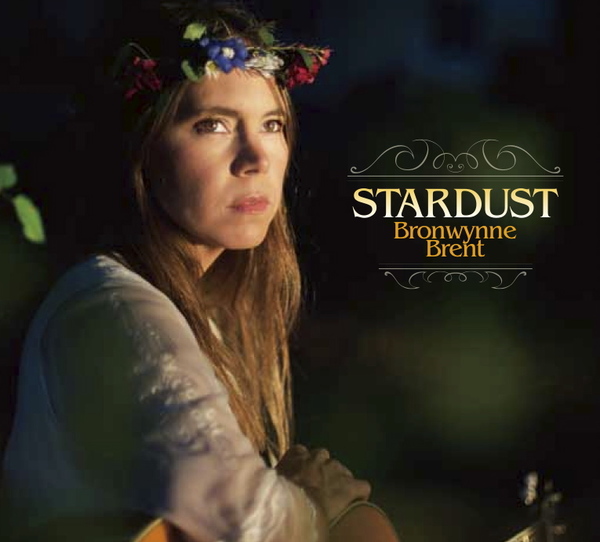 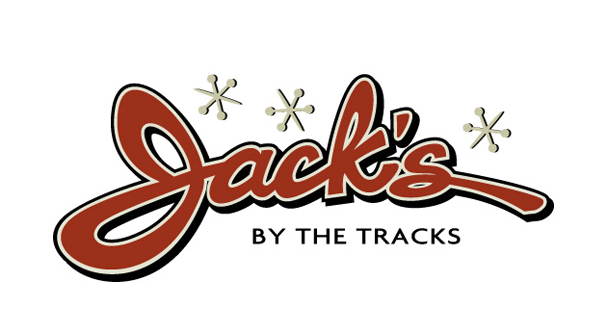 Jack’s by the Tracks was a packed house on this Saturday night due in part to a large number of visitors to downtown Pascacoula’s “Live Oaks Festival” that had occurred earlier in the day, though its not uncommon to have a packed house on Thursday, Friday and Saturday nights at Jack’s because of the great food and drink and ‘THE MUSIC”!

Whereas Bronwynne didn’t hold back from her originals, she proved her choice of covers as being more than just an attempt to entertain a crowd with something they were familiar with, as so often the custom. One of the covers was the amazing Townes Van Zandt song “Pancho and Lefty”. Not only did she nail it, but it felt so much her own. Bronwynne’s skills as a musician are noticeably great too, blending nicely with her strikingly unique vocals. My usual cast of friends a.k.a. “Jack’s Regulars” all seemed impressed with Bronwynne. The occasional glance and nod between friends proved we were all in agreement over what we were enjoying. By the end of her show, which just got better as it went on, all were obviously musically satisfied on this night. The only thing Bronwynne could have done to make it better was perform a little longer, but a little greatness is better than a smorgasbord of mediocrity. 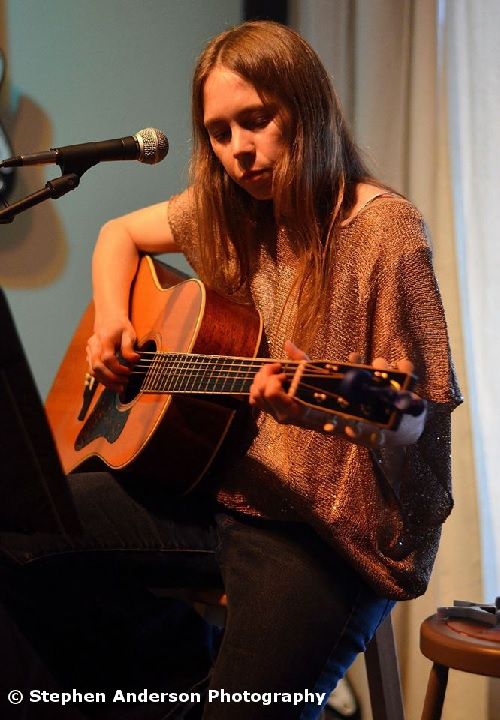 Adding to the obvious, another reason I took more interest than usual was the quality of the audience who came to see Bronwynne. Having knowledge of her talent and strong likeability, Blues artist and Pascagoula native, Libby Rae Watson, respected as someone who knows a thing or two about great music, messaged me on Facebook saying she was on her way down to Jack’s to see Bronwynne. Knowing Bronwynne and the Brent family, Libby had nothing but great things to say about them. (Libby Rae Watson is soon to begin a national tour as part of the “Acoustic House Party & Traveling Road Show” More details coming soon!)

The best way for me to describe the evening and the music of Bronwynne Brent is “Refreshing”. It’s wonderful to come across an artist with the combination of skills, warmth, genuine original talent and approachability. The songs on her sophomore release “Stardust” (recorded and produced in Seattle by Johnny Sangster) are so well written and earnest. The striking Southwestern sounds with the flavor and richness of great spaghetti Westerns, makes “Stardust” a must hear album. With Bronwynne I can honestly say she is one of Contemporary Folk music’s most shining stars.

I’m already making plans to see her again within days. I encourage all to visit her website, social media outlets and places to purchase her music. And above all, look for the opportunity to see her perform live as she tours in promotion of “Stardust”.

It’s nice to see a growing number of female singer/songwriters like Bronwynne regain the attention of many, thanks to outlets like You Tube and the spread of talk online. Bronwynne Brent joins some of the others mentioned earlier: Bareilles, Michaelson, Cat Power and we can also add Laura Marling, Fiona Bevan, Stacey Randol, Birdy, Gabrielle Aplin, Nina Nesbitt, Georgi Kay and an ever growing list of talented female singer-songwriters.

LEARN MORE ABOUT BRONWYNNE BRENT AT:

ALSO PURCHASE HER MUSIC AT: