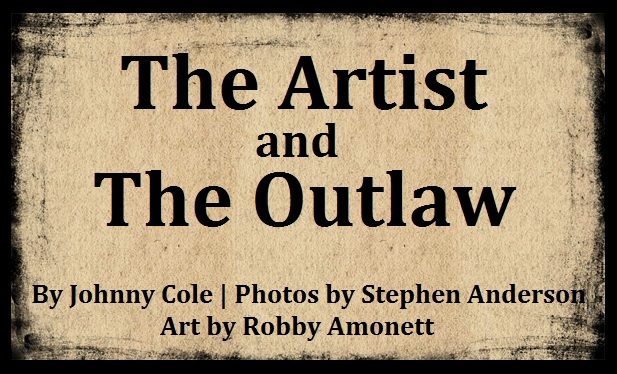 The afternoon of Thursday, April 23rd of 2015, three good friends (photographer Stephen Anderson; big time music enthusiast Bobby Rayborn and artist Robby Amonett) and I met for a 4 1/2 hour drive from Jacks by the Tracks in Pascagoula, MS to the birthplace of the king – Tupelo, MS. The destination of the trip would be to one of The South’s most popular music venues – “Blue Canoe” to see a legend who is of music’s “True Originators of Outlaw Country”, Billy Joe Shaver. 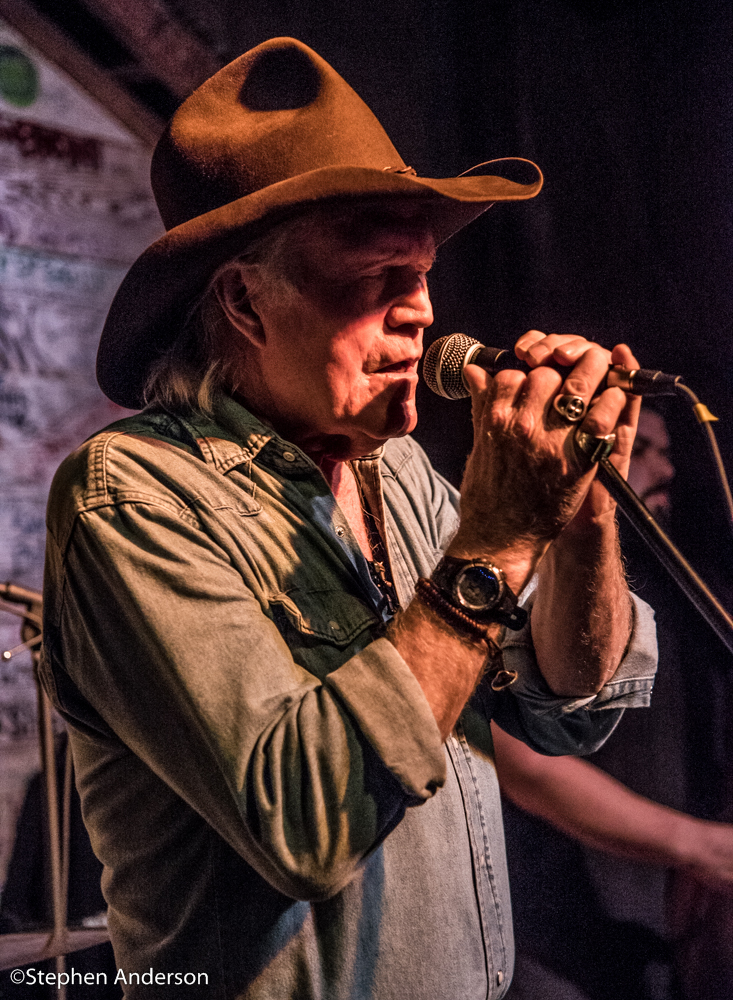 In the summer of 2014, Robby Amonett had the honor to see and paint a performance of Shaver’s at Duling Hall in Jackson, MS. Bobby Rayborn and I were also privileged to see Shaver at “The Shed” at The Smoky Mountain Harley-Davidson in Maryville, TN. during The Line’s Midsummer 2014 Mini Tour of The Southland. Both were memorable shows, as well as highlights of 2014.

We were looking forward to seeing Shaver at a smaller sized venue with a stage that would provide an up close experience for us to see this music legend perform his originally written songs that he is so famous for – songs like “I’m Just an Old Chunk of Coal; “Live Forever”; “Wacko from Waco”. We were also excited about hearing songs like “From the Git Go” from his most recent album, 2014’s acclaimed “Long in the Tooth”. 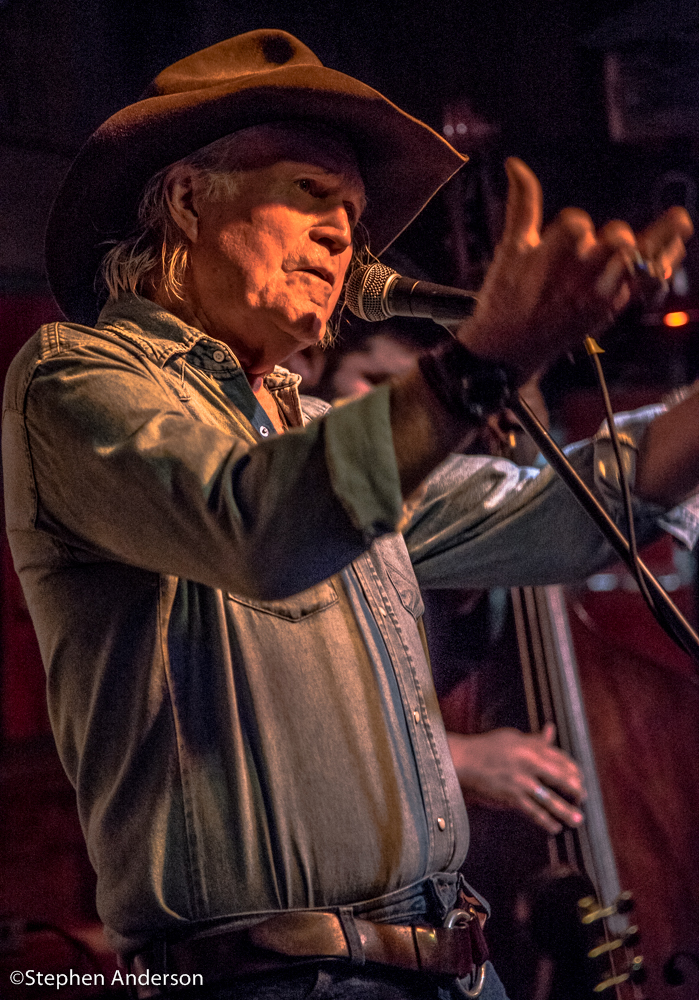 Tupelo’s Blue Canoe is regionally famous for great food, a lively atmosphere and frequent appearances by top-notch entertainment. It’s not uncommon to see several well known musicians hit Blue Canoe’s stage as they travel from Birmingham or Atlanta to Memphis or Nashville.

Robby Amonett is an accomplished and well known artist across the region and has painted hundreds of musician’s live performances (Alabama Shakes, Justin Townes Earle, Soul Asylum, Todd Snider, Hurray for the Riff Raff, etc.) This trip would mark his second time painting Shaver’s performances and a first visit to the more than accommodating Blue Canoe.

As Shaver came on stage, Amonett began painting as the crowd of Billy Joe fans watched while the painting progressed. Several of the spectators inquired about the painting or took photos of Amonett as he painted the scene from the concert. 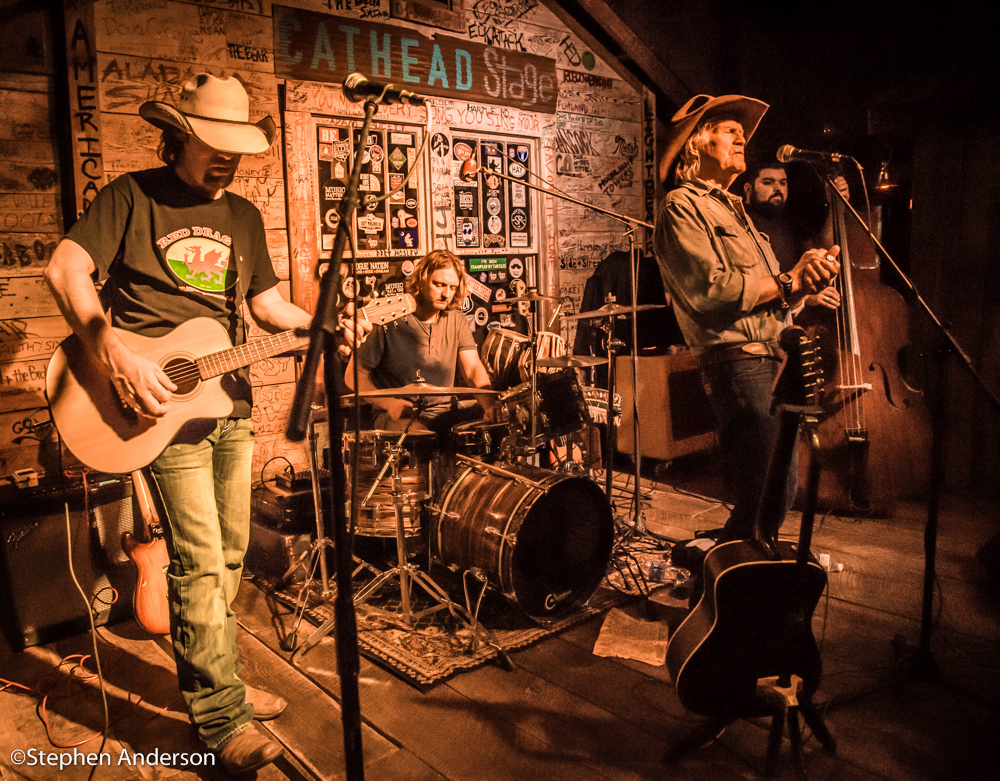 Shaver’s performance was lively and entertaining as expected. Stephen Anderson was able to photograph the entire show from the front of the stage; Bobby and I did as we always do – listened and enjoyed the music.

The Oulaw Country legend delivered all the songs he’s famous for and, following the show he came down to meet fans and sign autographs. He spent a long time meeting, quite possibly, everyone in attendance.

After several inquiries about the the painting of Shaver, it was purchased by two real true fans of the legend. Billy Joe signed the painting; then Stephen photographed Shaver, the painting and the new owners of the painting. What a surprise when the new owners, in turn, kindly presented Robby’s painting to none other than the man himself – Billy Joe Shaver! 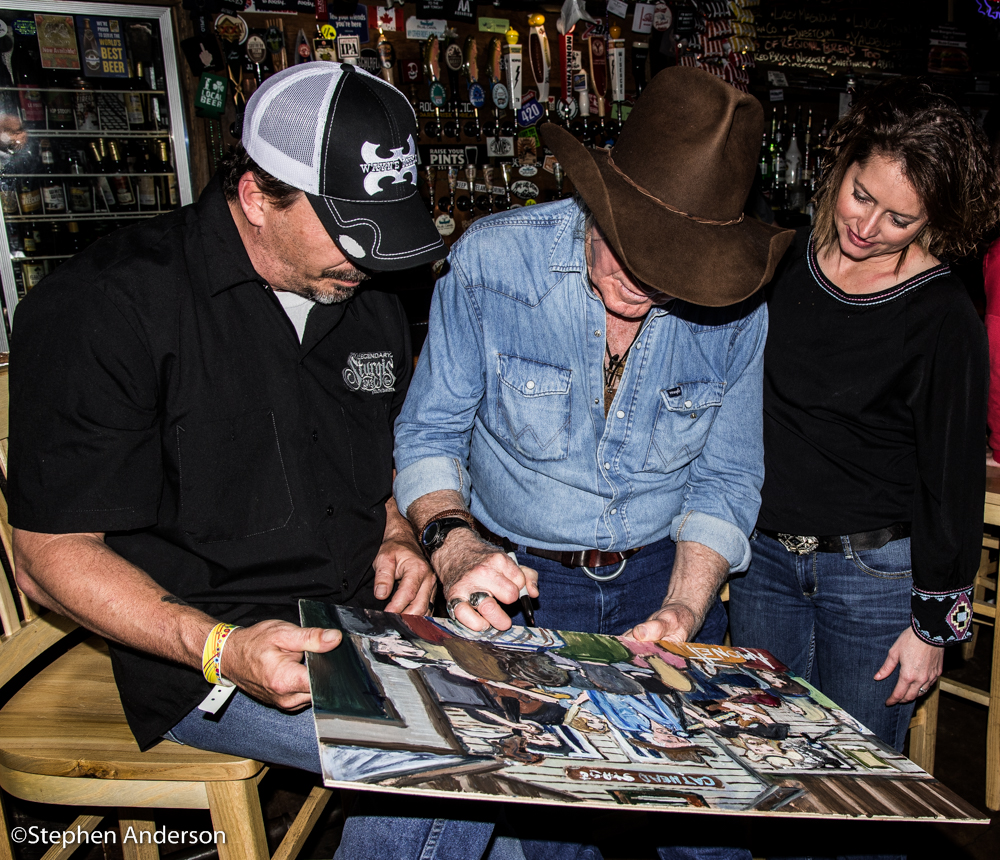 It was truly a memorable night for all; one Robby expressed he will always remember. We look forward to traveling back to Blue Canoe for future shows (this was the second in less than a month for The Line). And by all means, another Billy Joe Shaver concert – who’s ready for a roadtrip?

…..At 5 a.m. we rolled back into Pascagoula – marking an end to another fulfilling music adventure. 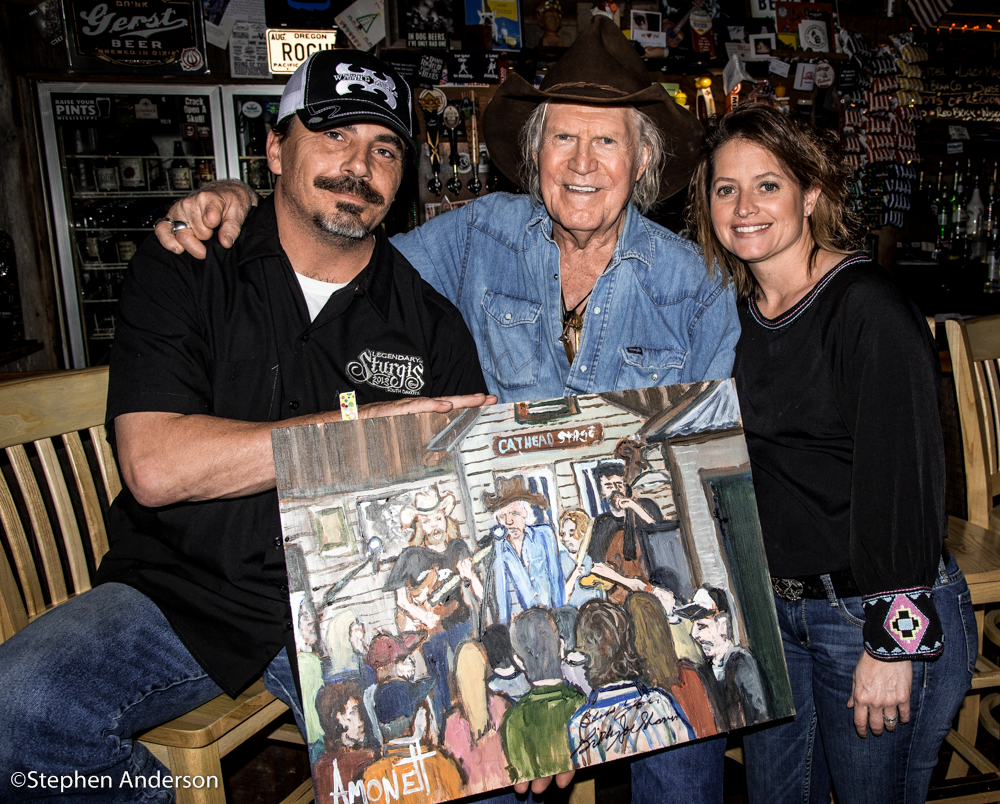 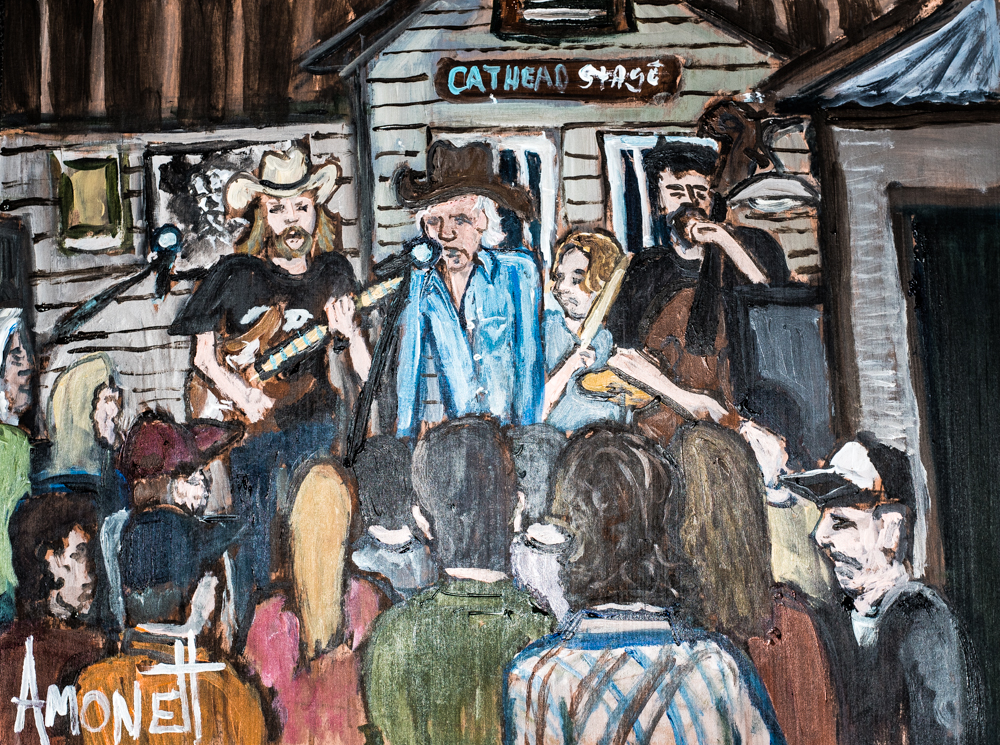