The Southland Music Line continues our Mississippi Blues Trails Series as we recognize the marker honoring multiple award-winning blues musician Bobby Rush. The 87 year old Rush continues to perform and be praised for his work. Earlier this year, his album Rawer than Raw won the Grammy award for Best Traditional Blues Album, only four years after his album Porcupine Meat won in the same category. Along with Rush’s countless other music awards, he has also been inducted into the Blues Hall of Fame, Mississippi Musicians Hall of Fame, and Rhythm & Blues Music Hall of Fame.

In 2008, Bobby Rush was honored with a Mississippi Blues Trail marker located at Lynch and Valley Streets in front of the space that once was home to the former WOKJ radio station in Jackson, Mississippi.

Born in Homer, Louisiana to Emmett and Mattie Ellis (Nov. 10, 1933), Bobby Rush’s early love of music was influenced by his father’s guitar and harmonica playing. In 1947, he and his family moved to Pine Bluff, Arkansas where he eventually befriended such musicians as Elmore James, Boyd Gilmore and Johnny “Big Moose” Walker. It would be Gilmore who introduced him to friend, Ike Turner. While still in his teens, Rush formed his first band, Bobby Rush and the Four Jivers, and famously donned a fake mustache to appear old enough to perform at local juke joints. He would also change his name from Emmett Ellis, Jr. to the stage name of “Bobby Rush” out of respect for his father who was a preacher. 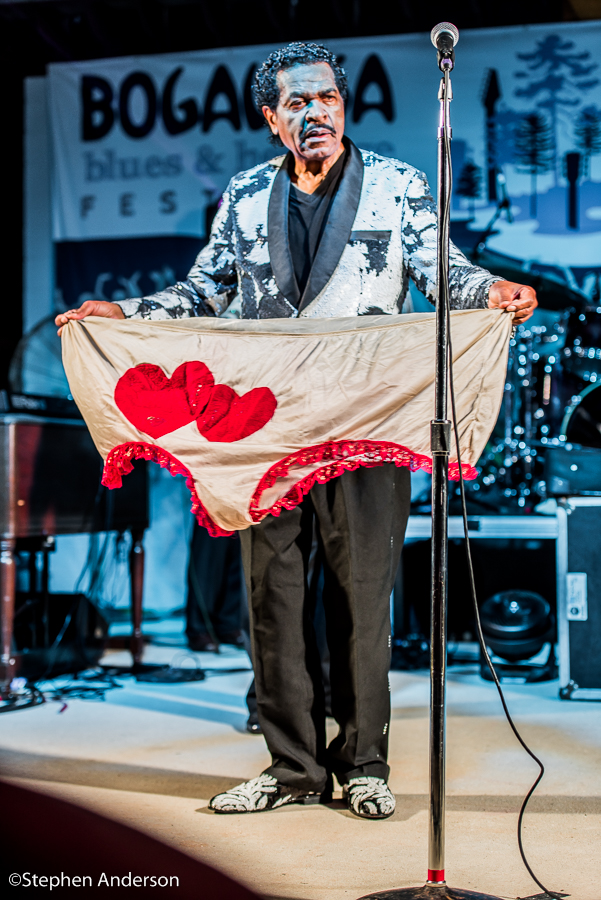 By the mid-50’s, Rush’s move to Chicago helped solidify him as a reputable blues musician, linking him with such new friends as Little Walter and Muddy Waters. Through these newly found connections, he began performing on a circuit with Waters, Etta James, Howlin’ Wolf, Jimmy Reed and others.

In 1971, “Chicken Heads“ became Rush’s first certified gold single while charting on Billboard’s R&B chart (over thirty years later it would re-enter the charts thanks to the 2006 film Black Snake Moan starring Samuel L. Jackson and Christina Ricci). In 1979, Rush released his first album Rush Hour produced by Leon Huff, who along with Kenneth Gamble, were the architects of the famous Philly Sound of the 1970’s. The duo wrote and produced 175 gold and platinum records eventually earning an induction into the Rock and Roll Hall of Fame.

After living in Chicago for nearly five decades, Bobby Rush moved to Jackson, Mississippi to be near his huge southern fan base and search out his ancestral roots. He went on to release numerous albums on the Jackson-based LaJam label, Malaco’s Waldoxy imprint and his own Deep Rush label. The 2003 Richard Pearce documentary “The Road To Memphis“ (part of The Blues, a seven part PBS series executively produced by Martin Scorsese) brought increased notoriety and acclaim for Bobby Rush.

Due to his non-stop touring and one of kind shows, Rolling Stone magazine called him “King of the Chitlin’ Circuit” and anyone who has ever attended a Bobby Rush show can fully understand that title. Bobby Rush has achieved many amazing accomplishments as a live performer including performing at The White House for President Bill Clinton and being the first blues artist to perform in China. There are not many places that Mr. Rush has not performed.

In recent years, Rush has become further recognized for his achievements in the music and entertainment industry, appearing on both television (The Tonight Show Starring Jimmy Fallon) and in movies (Dolemite Is My Name starring Eddie Murphy). His ability to combine elements of blues, rap, funk and a variety of other genres make him stand out amongst his peers. Plus, the sometimes suggestive humor at his shows often has those in attendance talking afterwards.

In 2016, Bobby Rush appeared alongside Little Freddie King, Jimmy “Duck” Holmes, L. C. Ulmer and others in the award winning documentary I Am The Blues, which won Best Feature Length Documentary at the Canadian Screen Awards in 2017.

The Southland Music Line staff have enjoyed seeing Bobby Rush several times including his performances at “Take Me To The River: Celebrating The Music Legacy of Memphis, Tennessee”, an all-star event at South By Southwest in Austin, Texas and at the well known Bogalusa Blues & Heritage Festival in Bogalusa, Louisiana.

Jackson, Mississippi is home to a sizable number of Mississippi Blues Trail markers and we look forward to spotlighting more of them in the very near future. 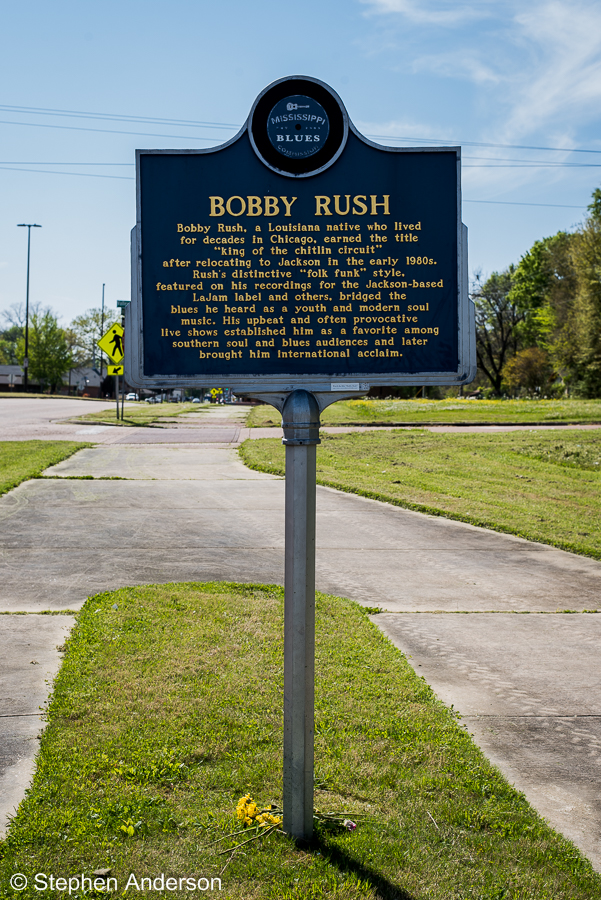 Mississippi Blues Trail marker honoring Bobby Rush is located at Lynch and Valley Streets in front of the space that once was home to the former WOKJ radio station in Jackson, Mississippi.
. 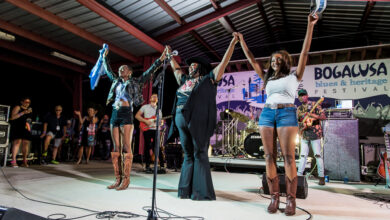