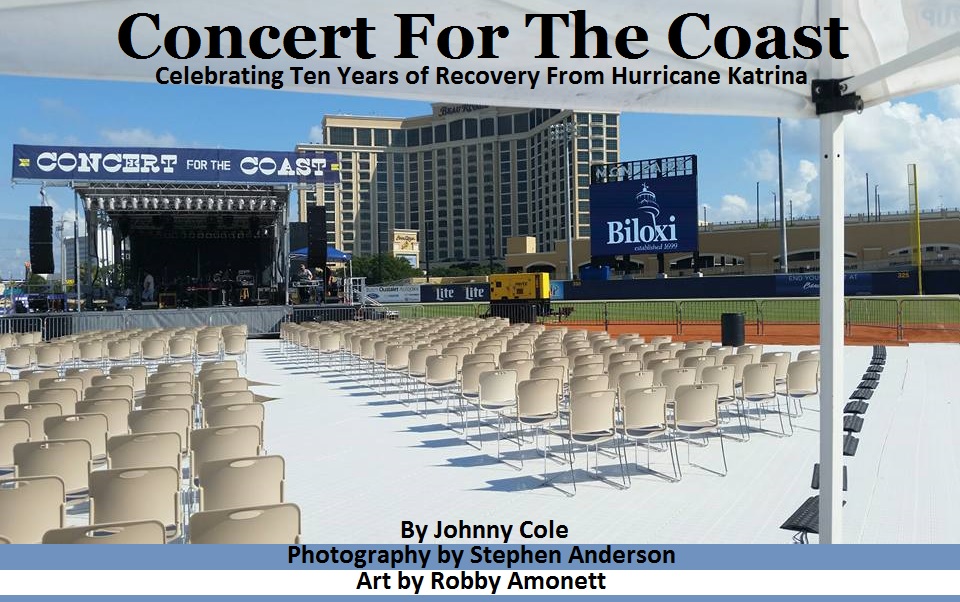 The hours before making her dramatic and ferocious landfall along Mississippi Gulf Coast and prior to New Orleans’ levees breaking and flooding the city, Hurricane Katrina with its then Category 5 force winds spun out of control taking target on a course that would forever change the lives of hundreds of thousands of people.

On September 29, 2005, the deadly hurricane with its still high winds and 30+ feet storm surge came ashore near the Mississippi-Louisiana stateline. Communities from the north of Louisiana’s Lake Pontchartrain, across the entire Mississippi Gulf Coast to as far east as Bayou La Batre, AL  and the Florida panhandle experienced Katrina’s wrath.

Thousands of homes and businesses would be destroyed along The Gulf Coast. The winds and high water would change landscape and lives forever. The whole world watched as families and friends looked for loved ones fearing what many feared most. Once the levees broke in New Orleans, the destruction and loss of lives reached devastating numbers, thus making Hurricane Katrina the costliest and most destructive storm in U.S. history.

Following the storm, the outpouring of love and assistance from the world over came the aid of these suffering communities. Faith-based groups to college students to good folks from everywhere showed up to help rebuild.

Each passing year, signs of the ongoing recovery has taken place. Ten years later, we see a region determined to survive and progress. Despite global economic hard times and the BP Oil Disaster in the Gulf, The Gulf Coast and New Orleans has seen a rebirth. Yes, there are still some visible signs of Katrina, but much in the way of advancement has taken place and will continue to do so.

On the Tenth Year Anniversary of Hurricane Katrina, many gathered at events to celebrate the decade of recovery from that life changing storm. One such event was held at the brand new MGM Ball Park Stadium in Biloxi, MS (the home of the new Biloxi Shuckers baseball team). A concert organized by the City of Biloxi and sponsors (including Walmart) would be the first event of its kind at the new stadium. VIP seats were given to Hurricane Katrina first responders with appreciation for their hard work associated with the storm. 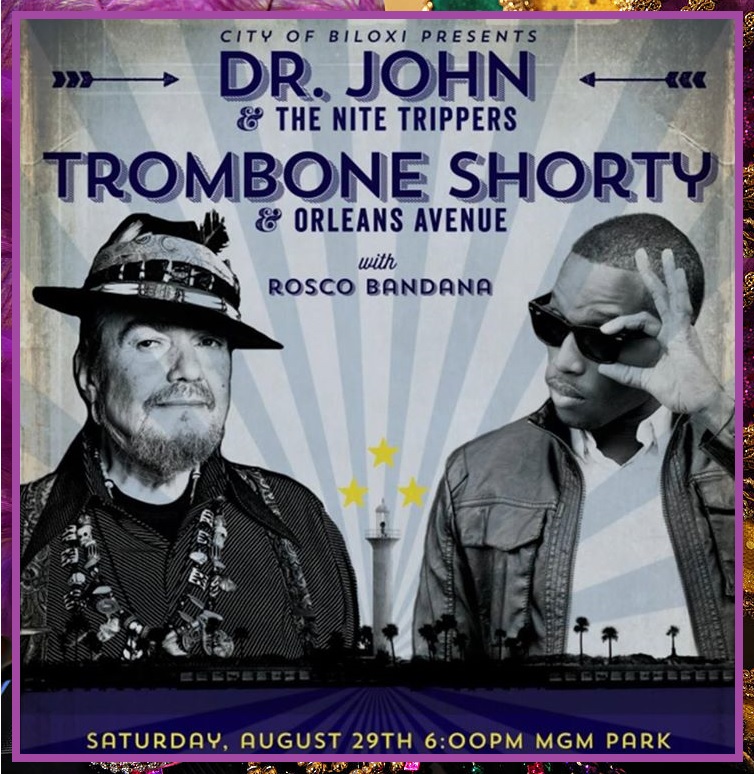 The music could not have been more appropriate and better suited for such occasion; with a Rock and Roll Hall of Fame inductee and a true music legend Dr. John. Also on the bill was another New Orleans musician, Trombone Shorty – known for his spectacular Jazz Fest performances and enthusiastic live shows.

To begin, what was entitled: “Concert For The Coast”, local favorite Rosco Bandana entertained the stadium audience with a complete set of their music that could also be seen on the huge jumbotron. Rosco Bandana has performed across the U.S. and in the U.K. The Southland Music Line has featured them in several articles and will most certainly continue doing so. Prior to their MGM Park performance, we visited with them in their “green room” where members Jason Sanford and Jenny Flint rehearsed their harmonizing – it was most enjoyed!

Dr. John and The Night Trippers were up next. By this time the crowds began to drift towards the front of stage excited about seeing the music legend. As the full moon began to rise, the energy of those in attendance did too. The six-time Grammy winner delivered on all levels as expected to a fully satisfied crowd. One of the ambassadors of New Orleans music, Mac Rebbeneck (Dr. John) performed several of his signature songs including his most known, “Right Place Wrong Time” (the top ten hit from the 1973 Allen Toussaint produced album “In The Right Time”). 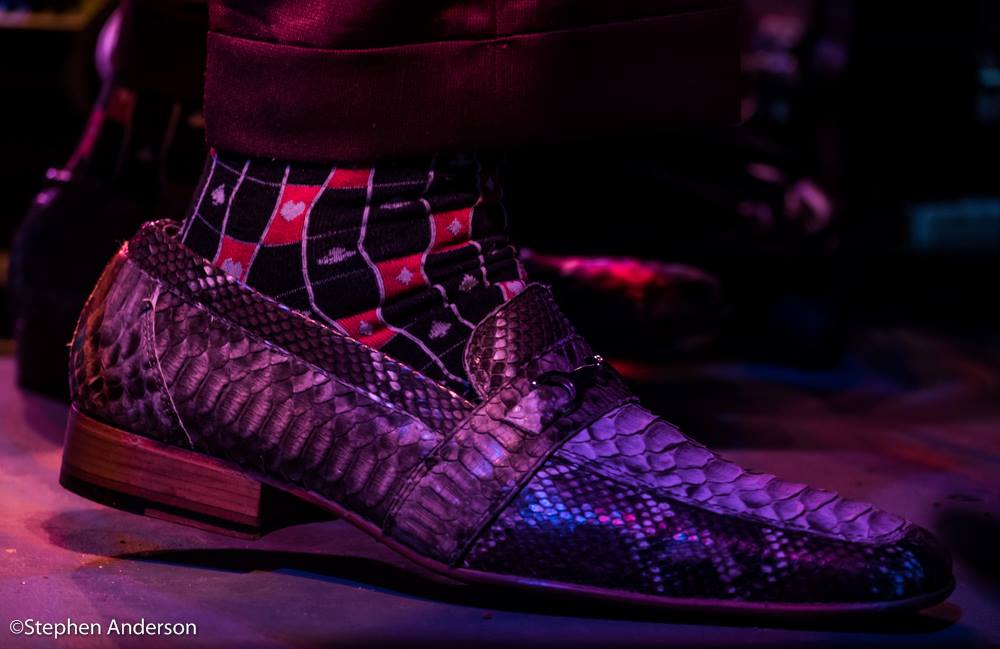 Troy Andrews aka “Trombone Shorty” and his band Orleans Avenue finished up the evening of music with a stellar performance that had old and new fans embracing the energetic and earth shattering sounds from the stage. Trombone Shorty has been performing since childhood; spawning an impressive resume performing with the likes of U2, Dave Matthews Band, Jeff Beck and many others. He has toured the world with his superb blend of jazz, funk, rock and hip-hop. Plus, his participation on several music projects with a wide array of artists; appearances on TV shows such as HBO’s “Treme”; and his Trombone Shorty Foundation with its mission of helping preserve New Orleans’ rich music culture makes him one of the best and most known representatives of the New Orleans music scene.

From 6 pm to around 11 pm MGM Park was alive with music. Although the attendance was less than expected, the joy of being there was abundant. If you failed to attend – YOU MISSED OUT. Hopefully, would-be concert goers will remember this when future events are surely to come to MGM Park.  As with anything when first done, it takes lessons learned and new ideas to improve with time. Regardless, it was a successful occasion. It was also a good opportunity to reflect on how far we’ve come since Katrina, yet still need to go.

The Southland Music Line totally enjoyed the show and appreciated the kind accommodations provided to us by the concert event promoters. Gulf Coast artist Robby Amonett was able to paint all three performances; Photographer and longtime resident of the Mississippi Gulf Coast, Stephen Anderson, was able to take hundreds of photos with great access; and well, I (despite my often worn NYC cap, who also calls Mississippi my home) couldn’t have more appreciated the kindness shown too.

The following are some of the photos taken by Stephen Anderson. We wanted to share them with our readers. Also check out additional photos at the links provided below. 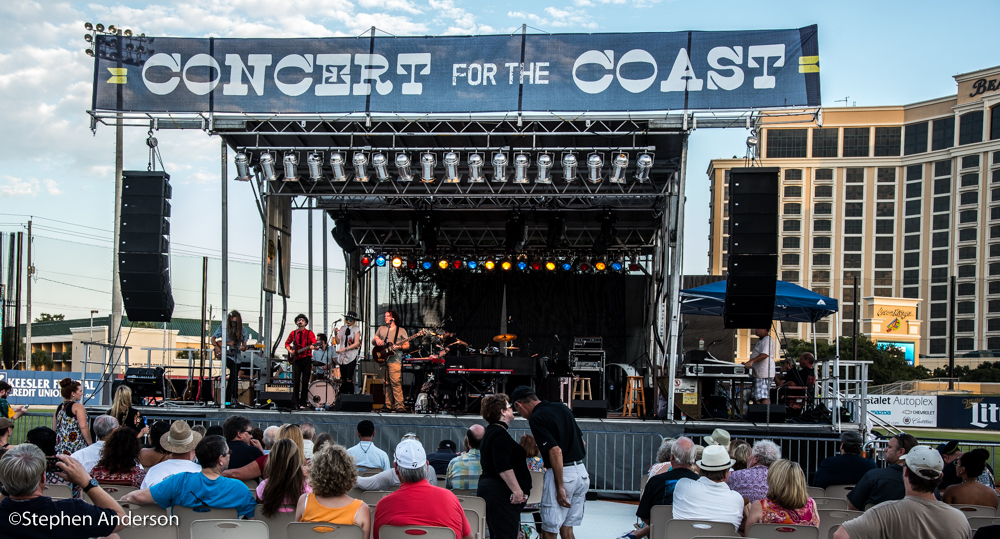 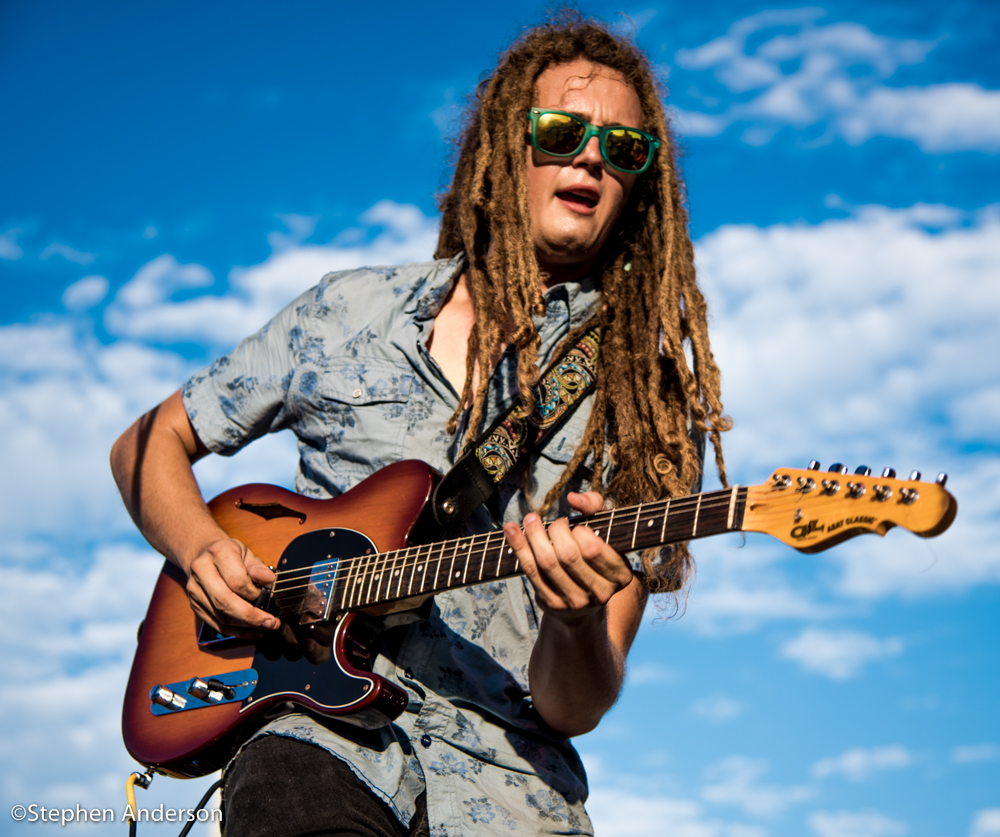 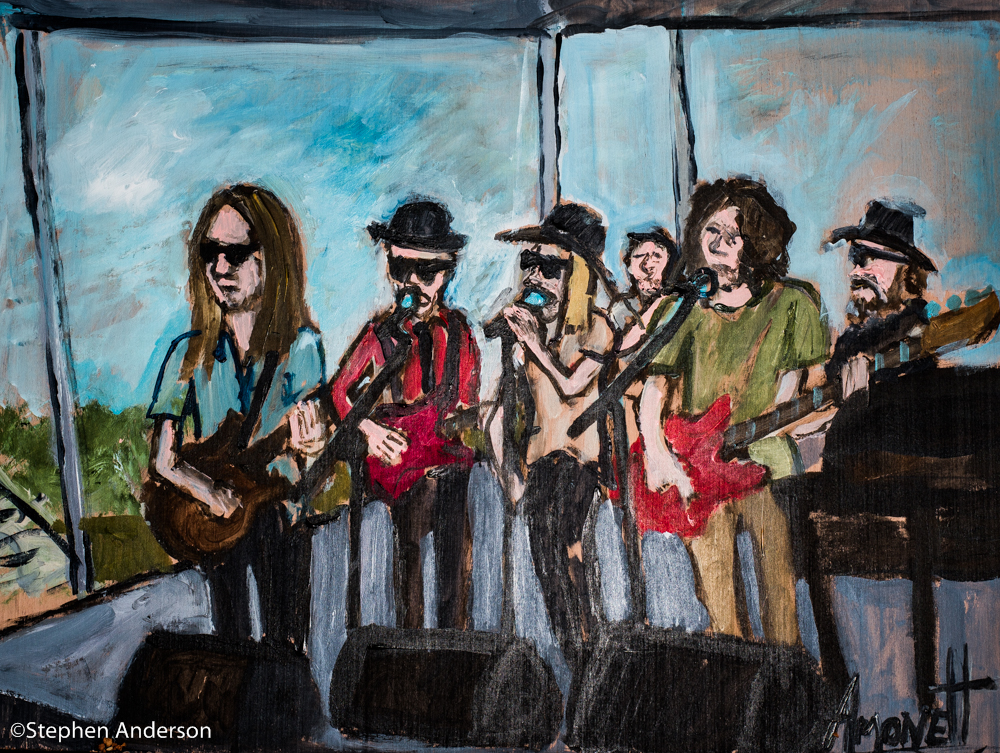 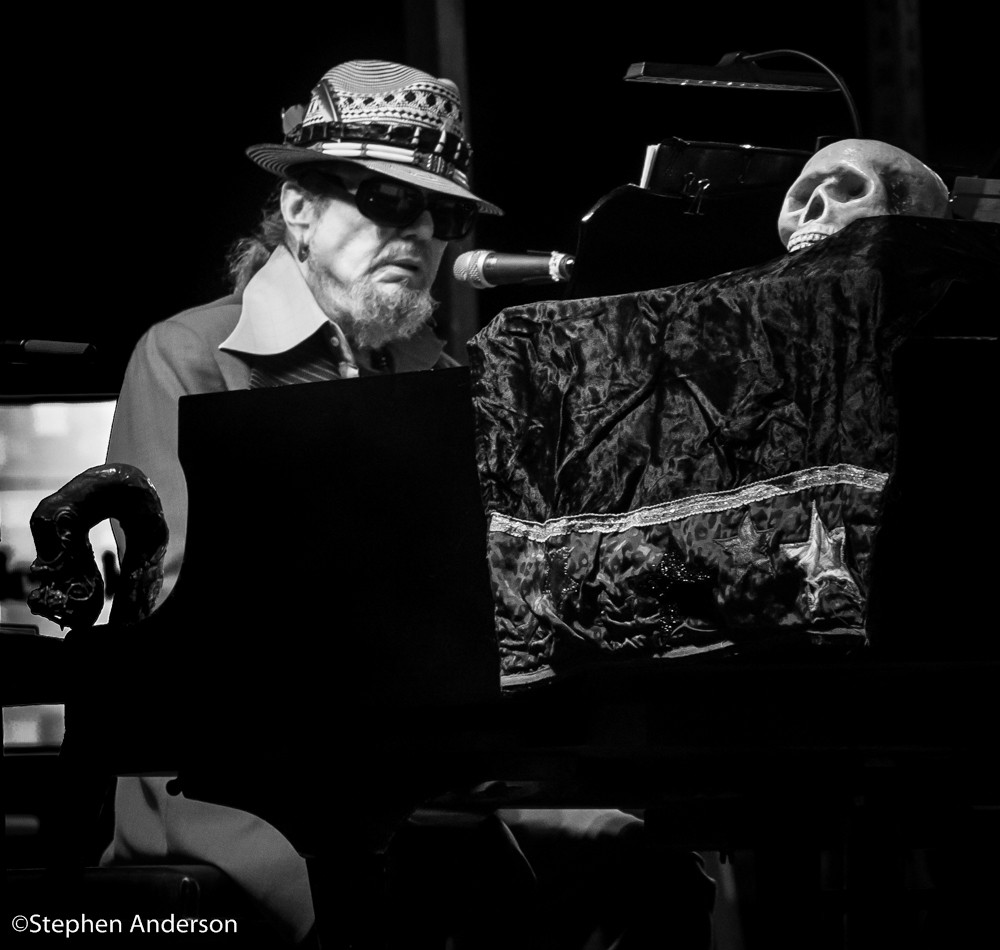 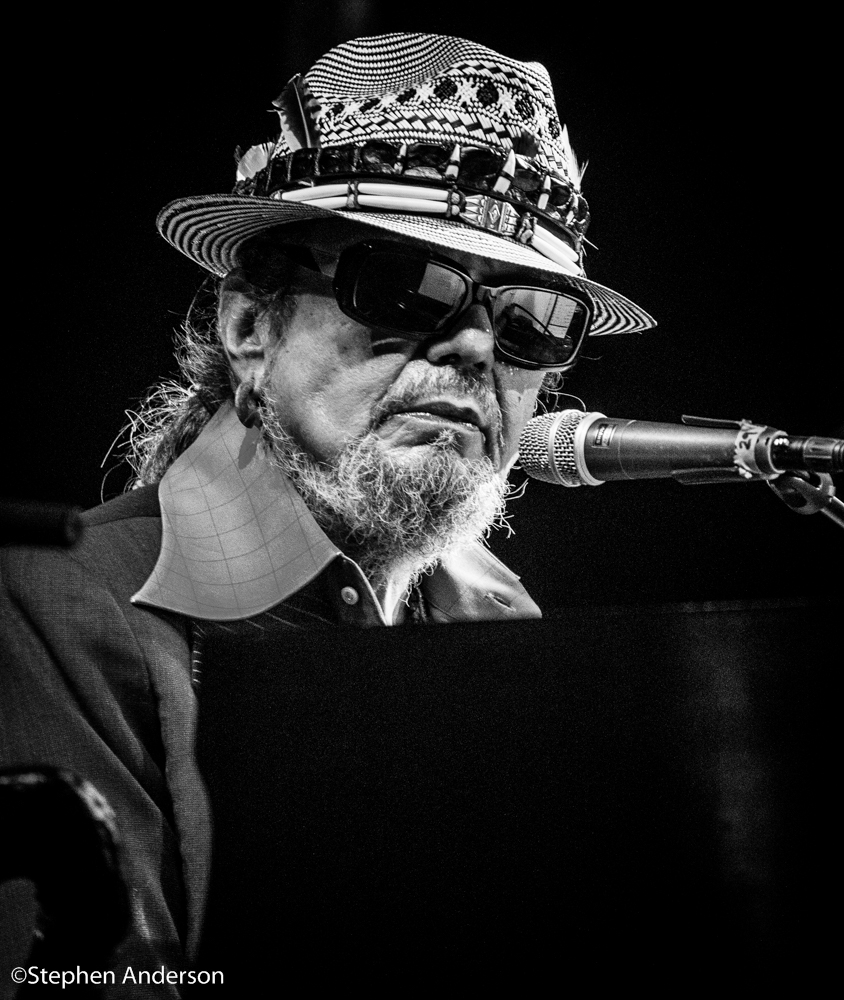 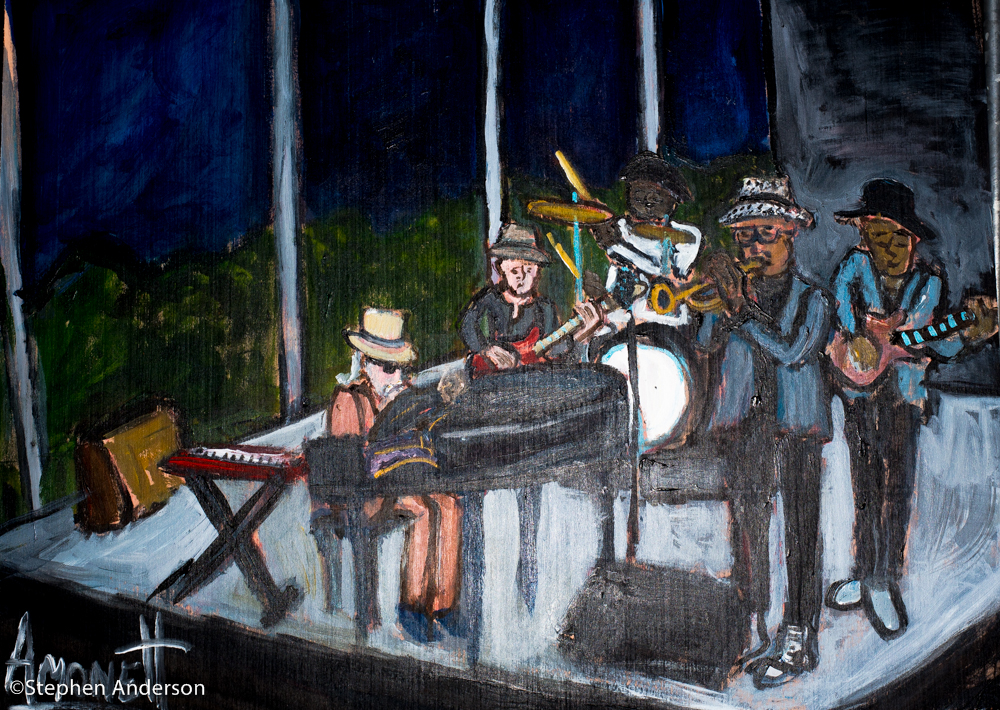 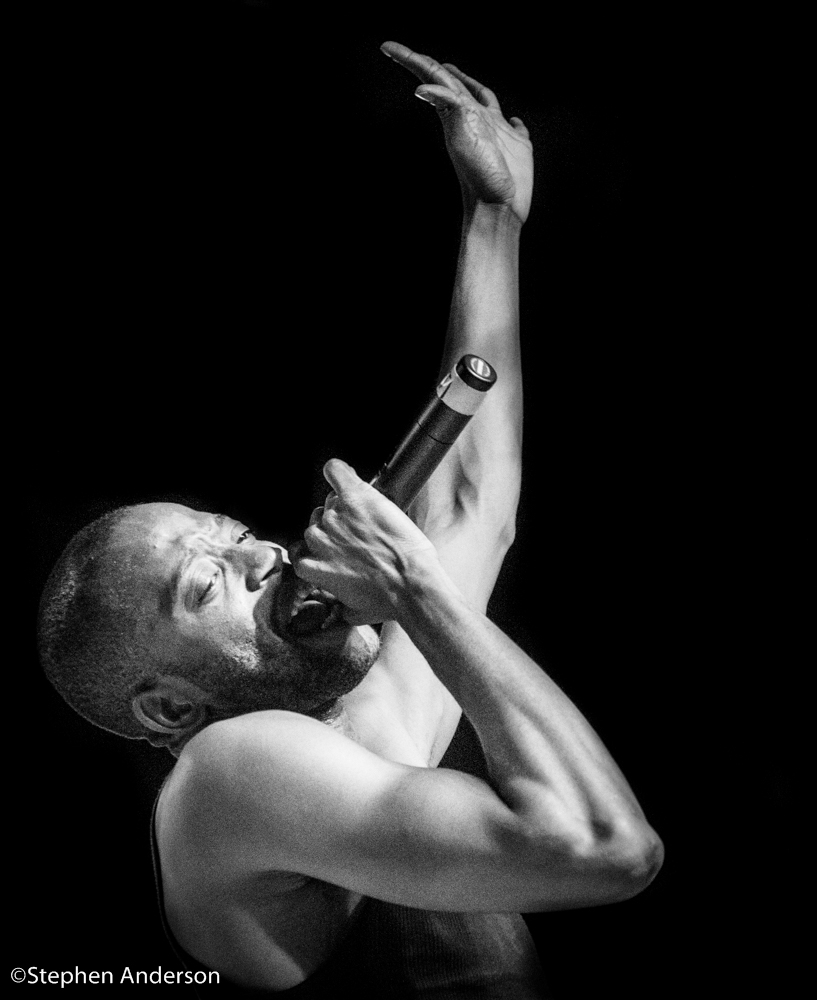