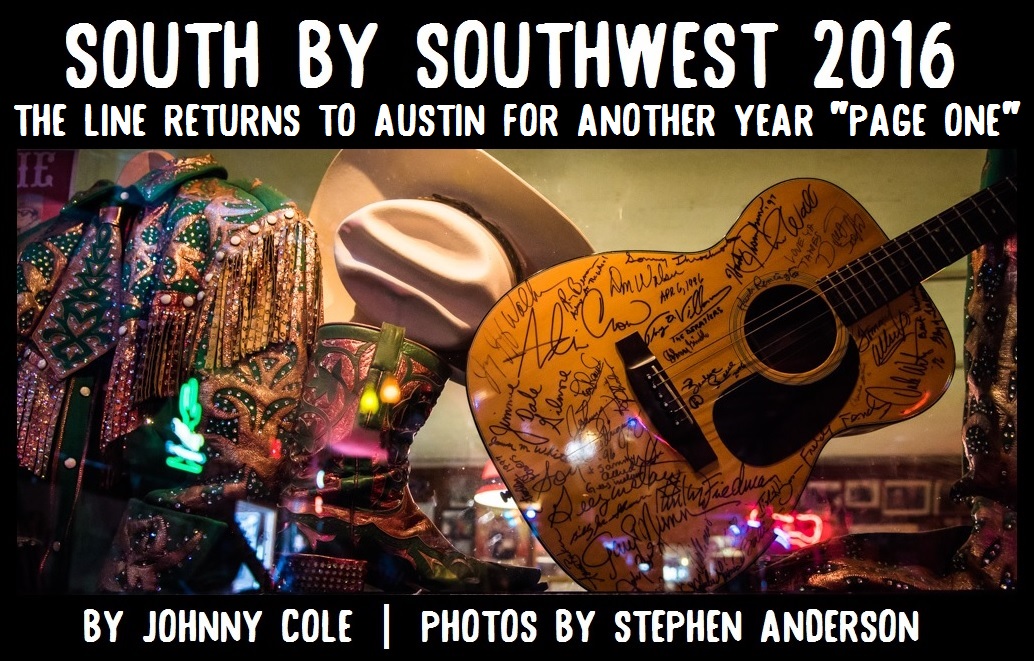 The month of March means one thing above all for The Southland Music Line – “South By Southwest” in Austin, TX. Each year we travel to the annual festival to enjoy some of the very best music, often discovering new and exciting musicians as they break onto the scene.  In addition, seeing a number of acclaimed musicians throughout the music industry is always a pleasure.

2016 was no different from past years as we had the privilege of seeing an array of top notch music.

In 2015, we discovered the Sun Radio Live Broadcast at El Mercado’s Backstage. During the music week of SXSW, Sun Radio schedules an impressive non-stop daily lineup of music. As we anxiously awaited 2016’s festival, we contacted Sun Radio’s Jessie Scott to find out if El Mercado would be hosting the event again. Thankfully, the answer was a big yes.

Photographer Stephen “Andy” Anderson and I arrived at this year’s SXSW on Tues. March 15, but didn’t officially start seeing shows until the following day.

Along with seeing live music at El Mercado, we enjoyed music at The Broken Spoke (the famous Austin venue and subject of the newly released documentary “Honky Tonk Heaven: The Legend of the Broken Spoke”), Sonesta at Bee Cave (west of Austin), and more. 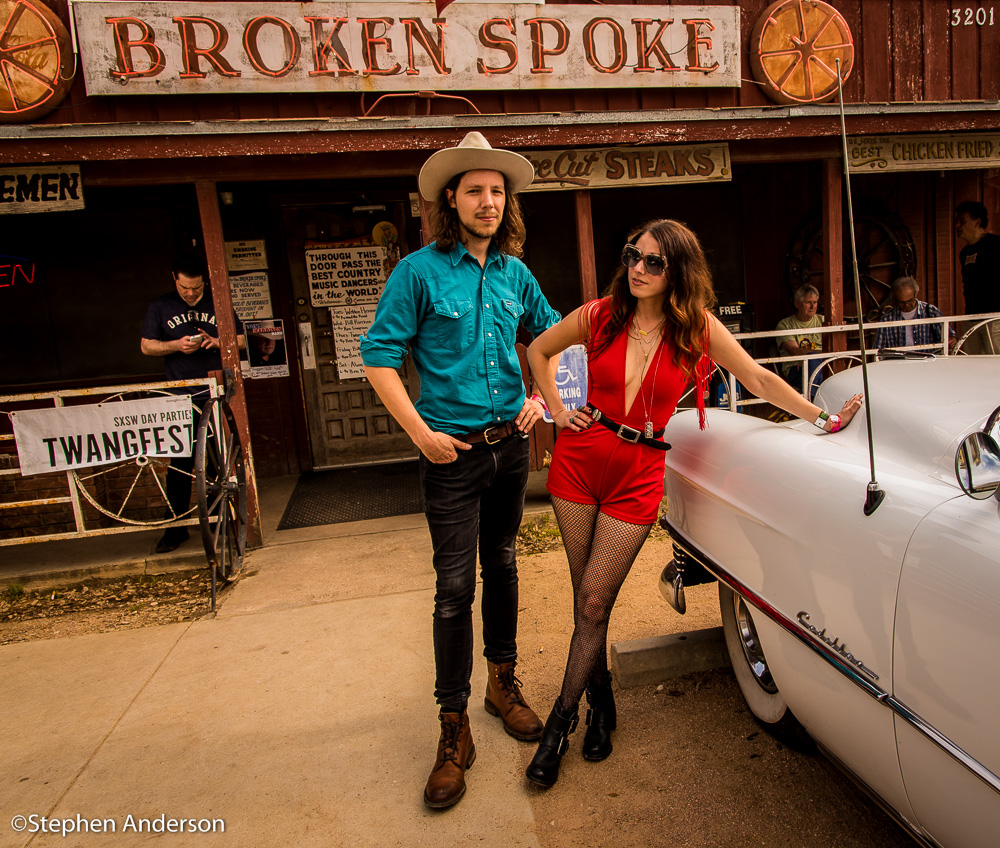 Tyler James and Jessica Maros of Escondido at Broken Spoke in Austin, TX.

We had the honor of seeing one of our favorites, Escondido (Nashville, TN), at The Broken Spoke. Their latest album, “Walking with a Stranger” was The Line’s Spotlight Music of the Month in February and the 2012 album “Ghost of Escondido” was The Line’s 2012 Album of the Year. 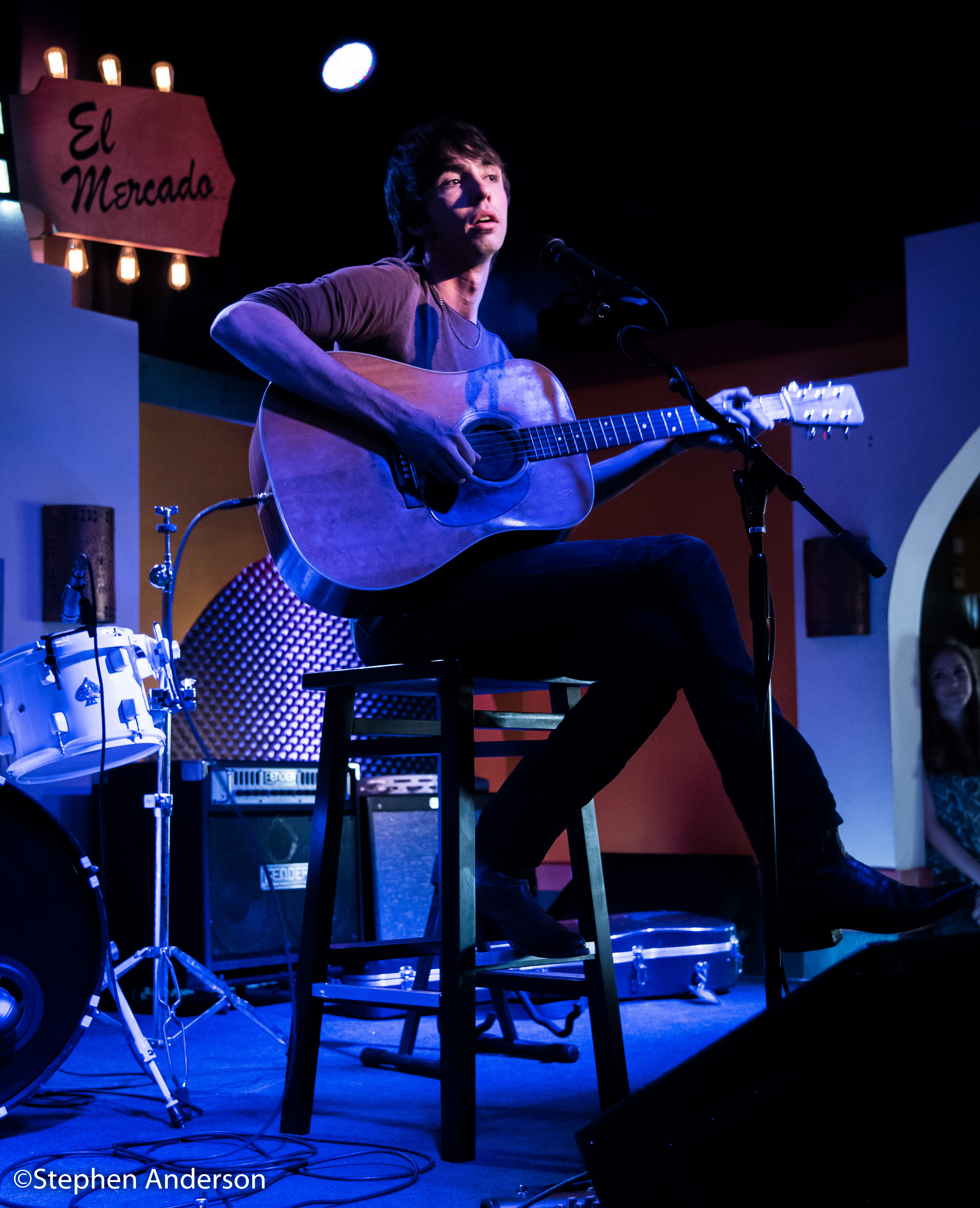 Country music’s Mo Pitney (Nashville, TN) was, for us, truly one of the nice discoveries at this year’s SXSW. His Friday afternoon performance at El Mercado showcased his incredible talent, impressive songwriting, and gifted showmanship.

Click Here for Photos of Mo Pitney at SXSW 2016 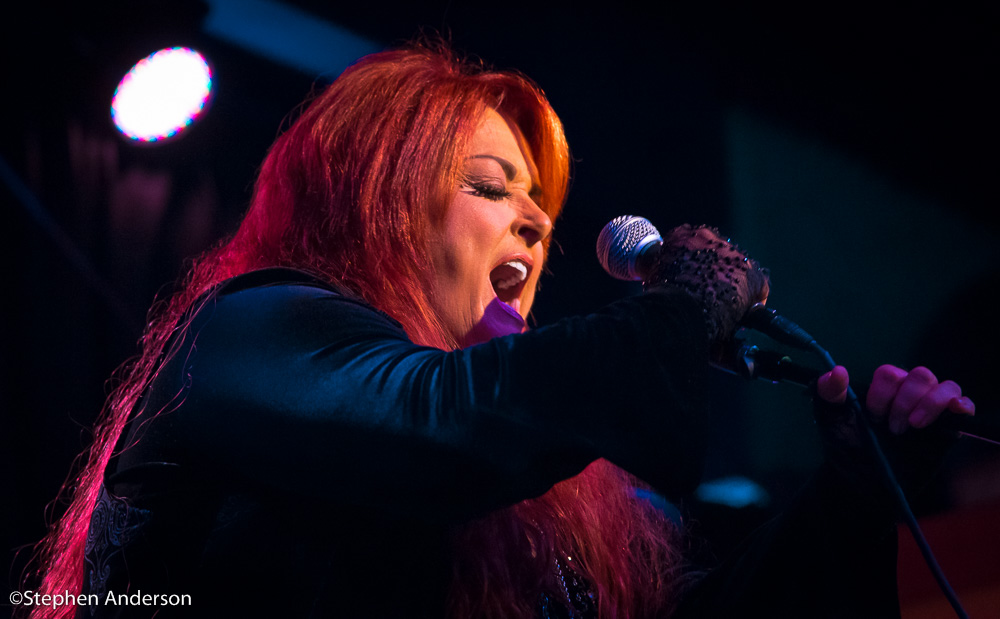 How often does one get the chance to see an artist of Wynonna Judd‘s status in a small music venue? That is what happened Friday afternoon at El Mercado during Sun Radio’s Live Broadcast. Wynonna and The Big Noise performed to the packed room featuring some material from their latest album, “Wynonna & The Big Noise”.

Click Here for Photos of Wynonna & The Big Noise at SXSW 2016. 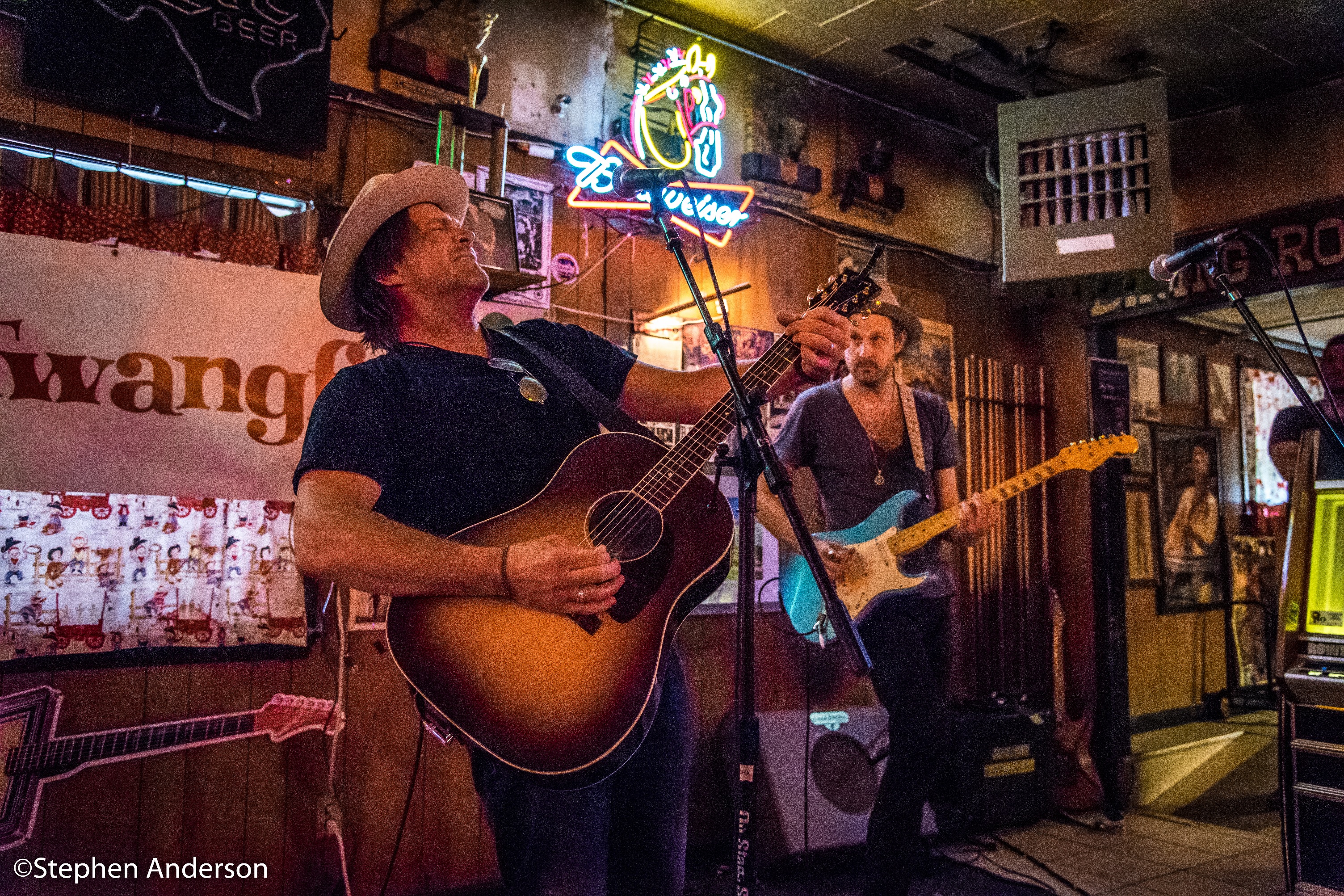 Jack Ingram at The Broken Spoke in Austin, TX.

Jack Ingram (Austin, TX) has long been a favorite of The Line and it was nice to speak with him briefly at The Broken Spoke. We saw Ingram again at El Mercado the very next morning.

Click Here for Photos of Jack Ingram at SXSW 2016. 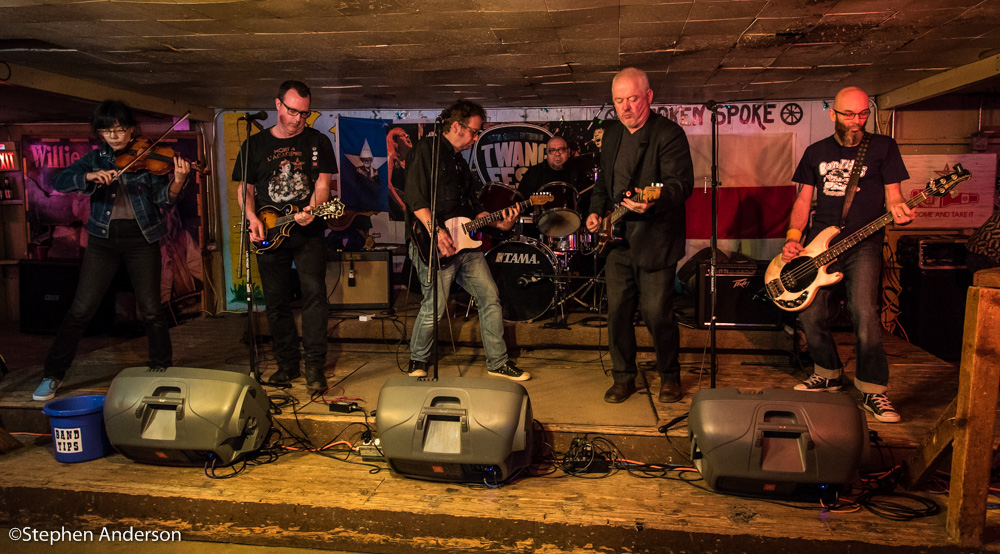 The Waco Brothers at The Broken Spoke in Austin, TX.

The Waco Brothers (Chicago, IL) are one of the best bands around and their performance at The Broken Spoke was a standout at SXSW. Briefly speaking with Jon Langford (co-founder of The Waco Brothers and the classic punk rockers The Mekons) was a cool experience. Seeing him and The Mekons at CBGB in New York City (back in the day) in the 1980s is a fond memory.

Click Here for Photos of The Waco Brothers at SXSW 2016. 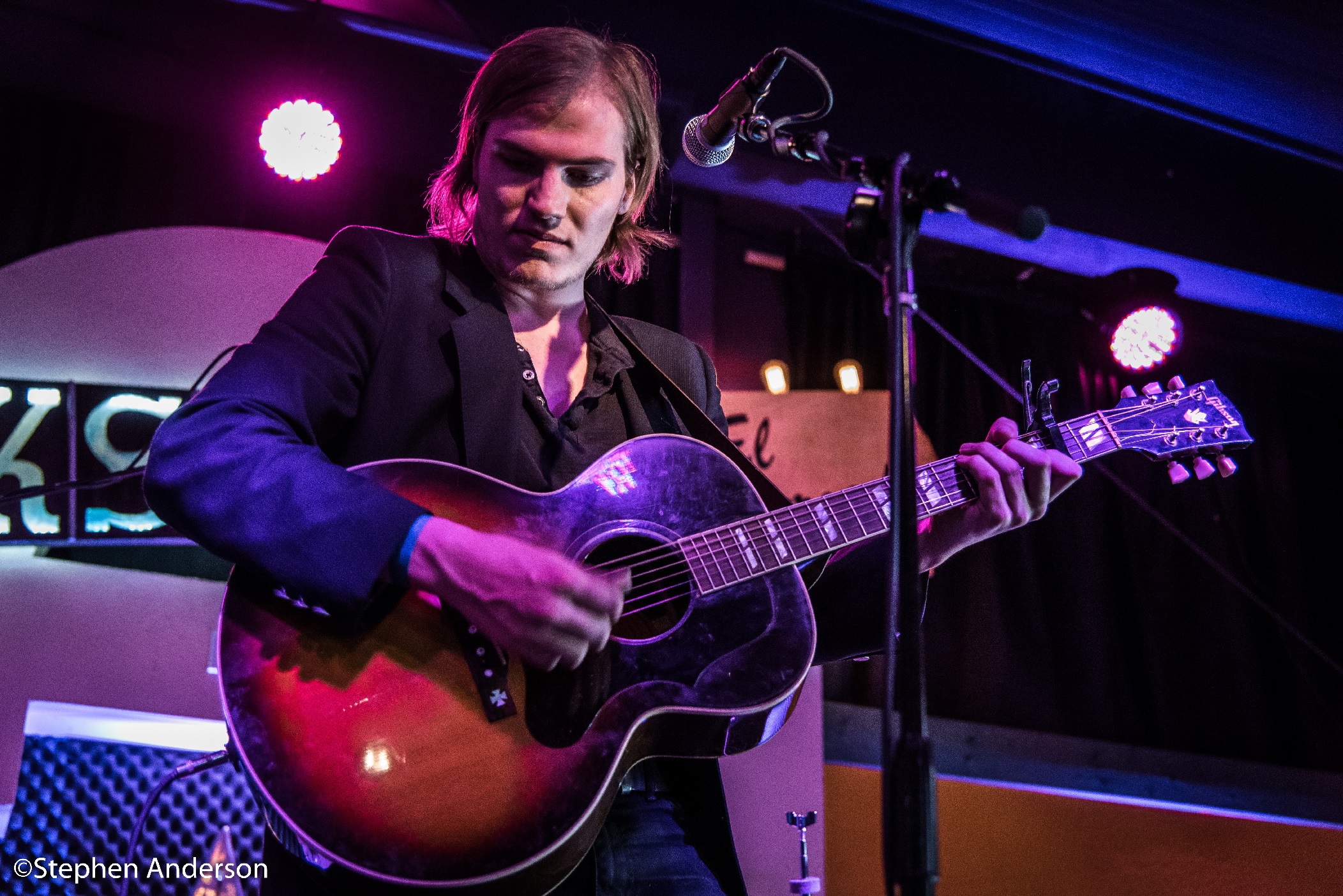 We have seen Dylan LeBlanc (Shreveport, LA) a number of times, but his 2016 SXSW performance at El Mercado was quite honestly the best I’ve seen from this amazing young musician. Numerous comments following his set were full of praise.

Click Here for Photos of Dylan LeBlanc at SXSW 2016. 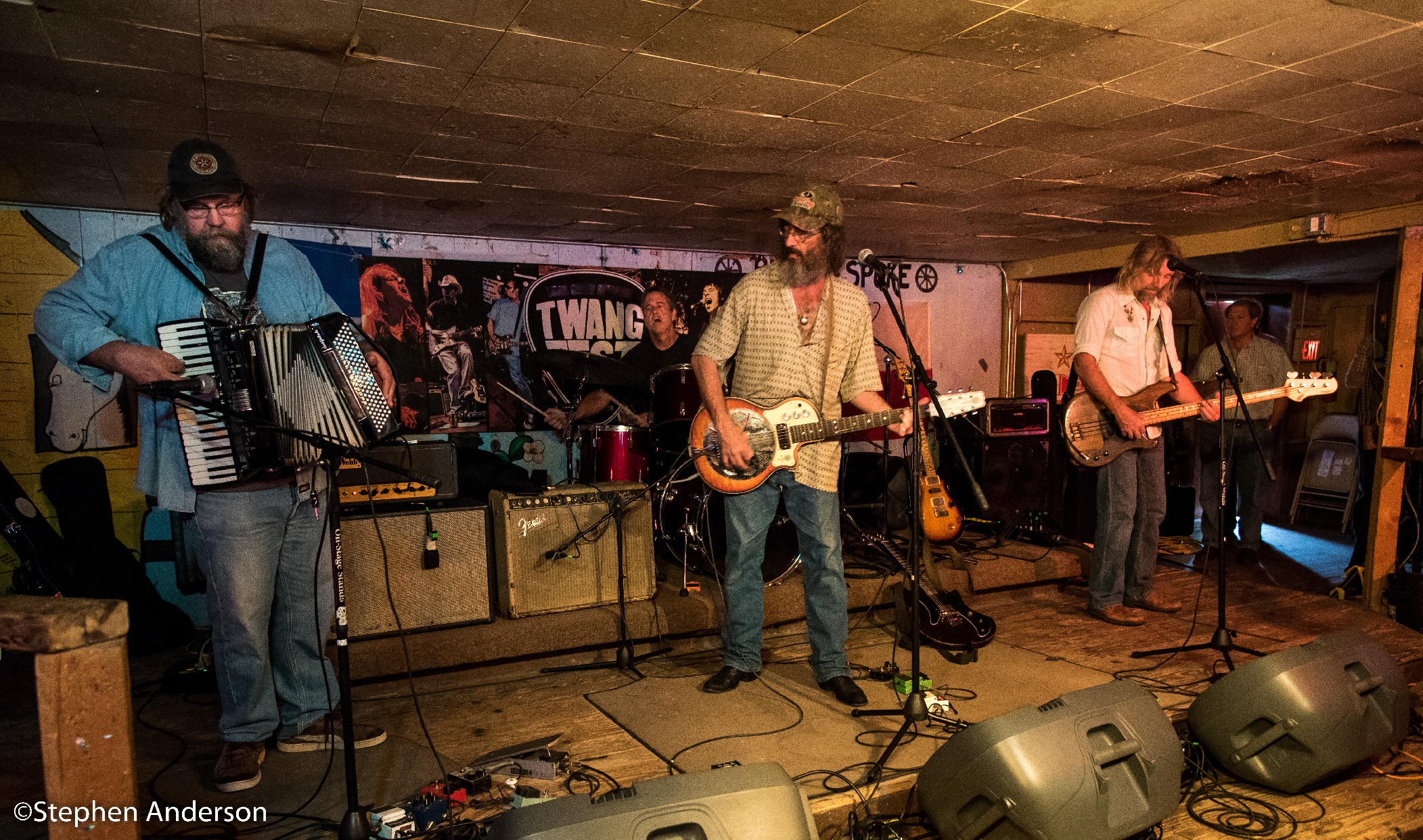 James McMurtry and band at The Broken Spoke

No trip to Austin would be complete without seeing James McMurtry (Austin, TX). Having seen him a number of times, including a recent show at The Merry Widow in Mobile, AL, McMurtry is one of The Line’s favorites. His album “Complicated Game” ranked #1 for 2015 at The Line (My list of 300 Favorite Albums).

Click Here for Photos of James McMurtry at SXSW 2016. 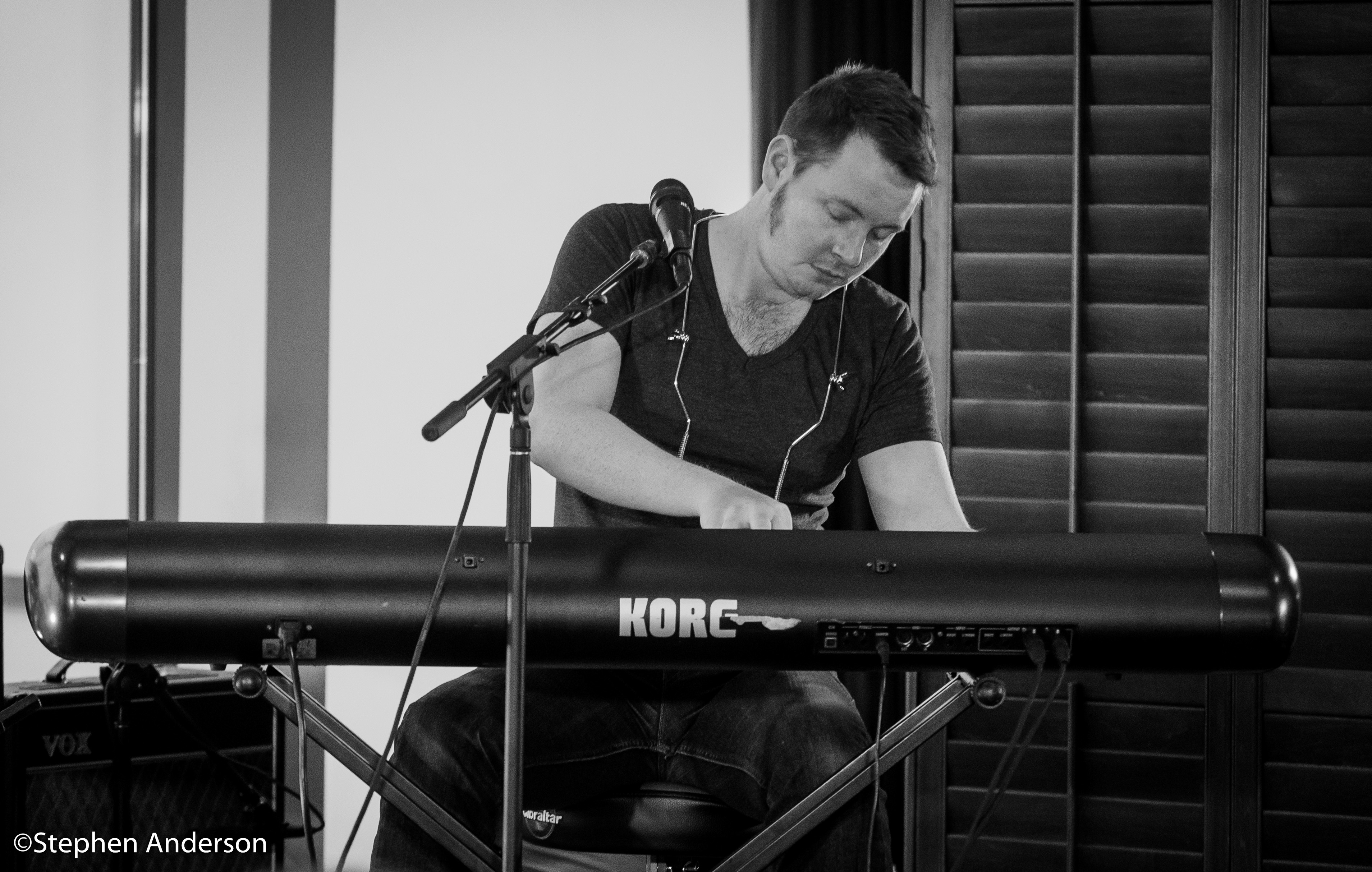 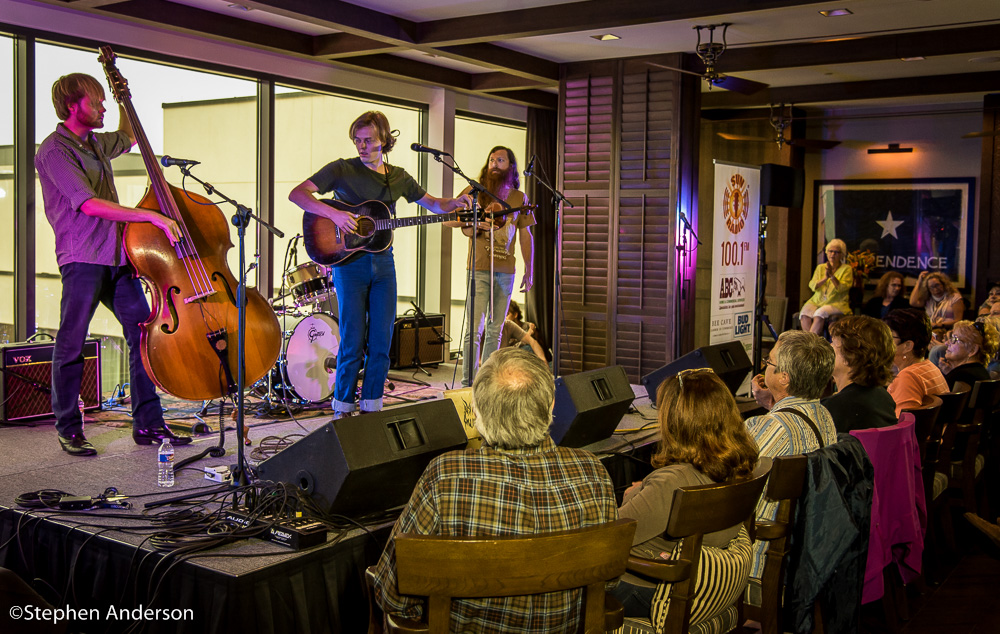 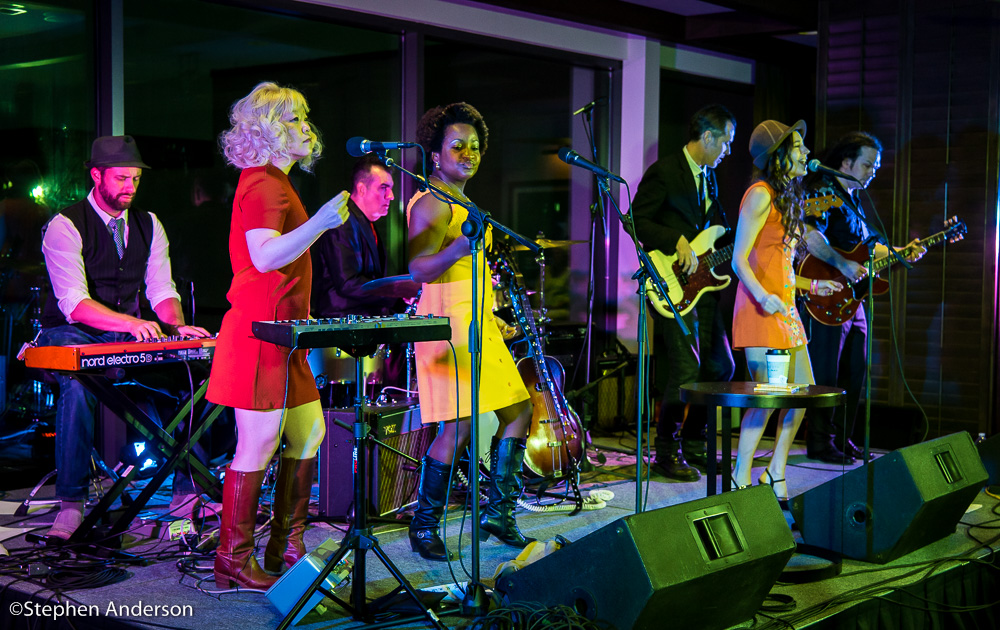 Click Here for Photos of John Fullbright, Parker Millsap, and Charlie Faye and The Fayettes from the Sun Radio Live Morning Broadcast on Fri. March 18, 2016. 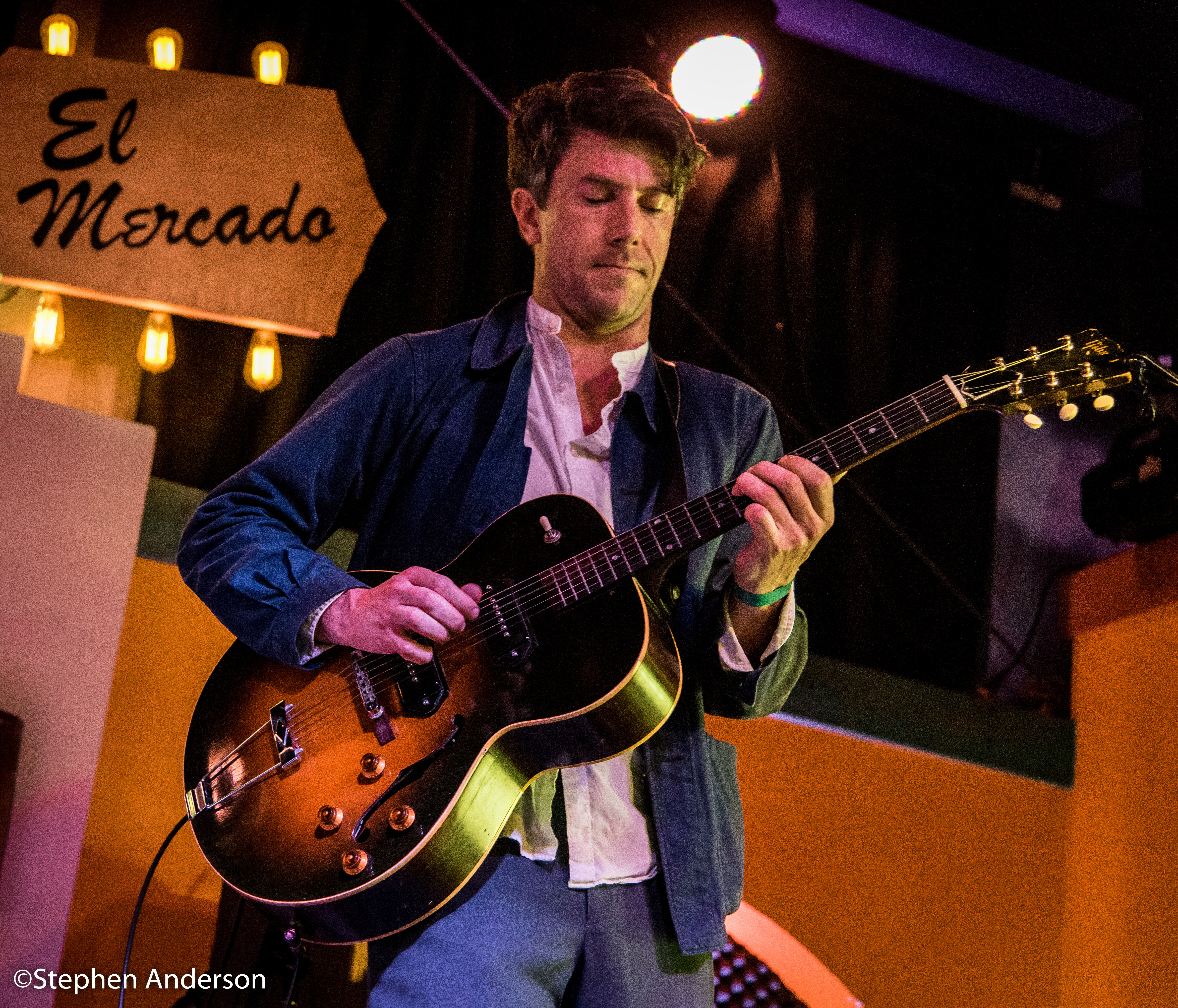 Luke Winslow-King came to SXSW with his band and we were able to attend two of his entertaining appearances.

Click Here for Photos of Luke Winslow King at SXSW 2016. 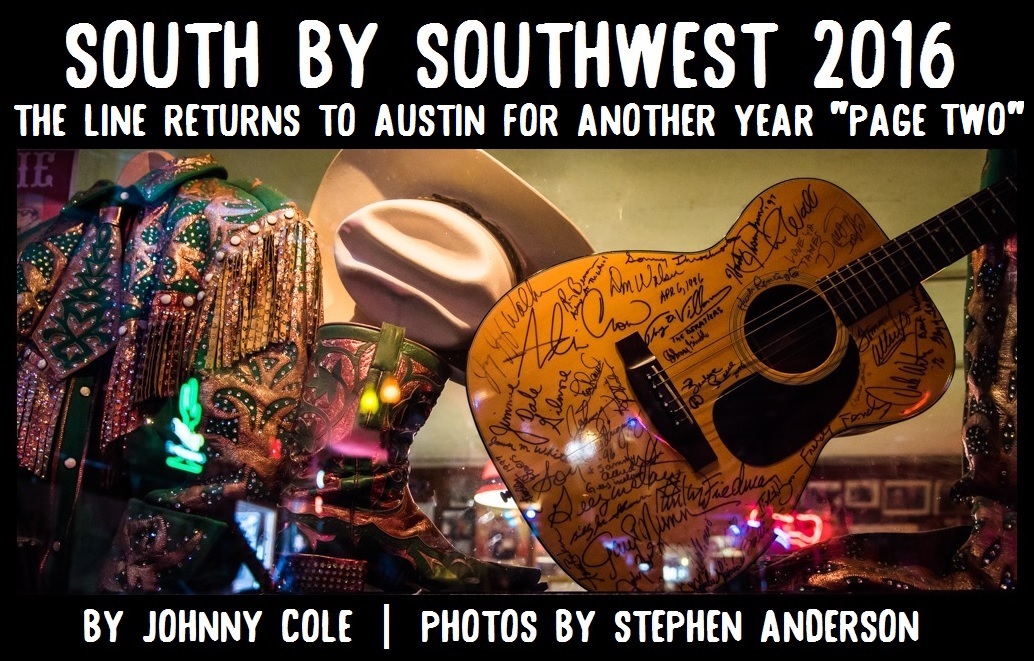 South By Southwest 2016: The Line Returns To Austin For Another Year (Page 2)