Having formed only in 2013, the American “super group”, Hard Working Americans deliver, giving fans exactly what is expected from such a band. 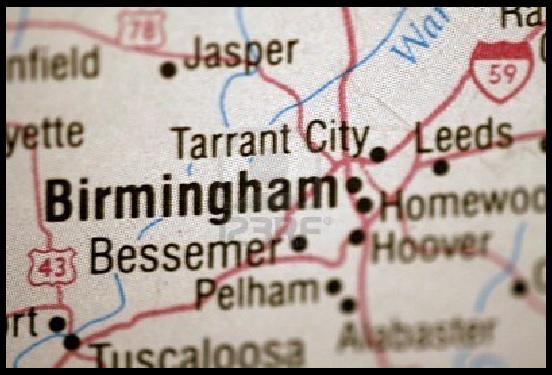 The Southland Music Line continues its travels. This time to Birmingham, AL to see Hard Working Americans. Stephen Anderson, Johnny Cole, Robby Amonett and Bobby Rayborn (a true expert of Americana and American Roots music) made the trip on 7.29.14 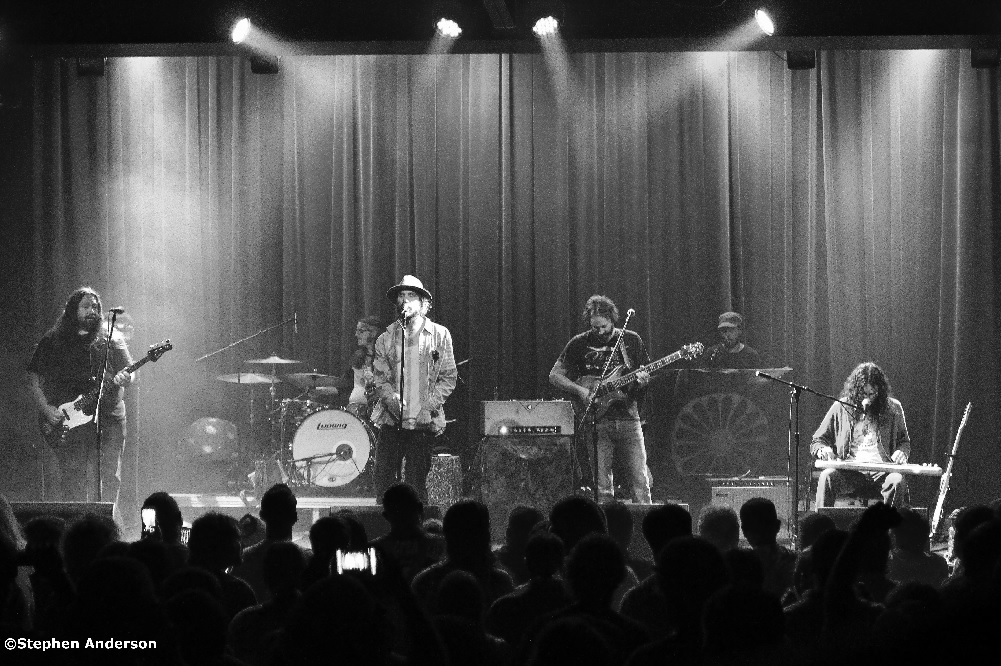 Although each band member has his own remarkable story, Todd Snider, alone, can provide an abundance. The “Line”  has several personal anecdotes of time spent with Snider or at one of his shows, and it is our hope that each member can be featured at a later date. One thing for sure, Todd along with Dave, Neal, Chad, Duane and Jesse, were bona fide at Iron City in Birmingham, AL and the fans were loving every second of it. 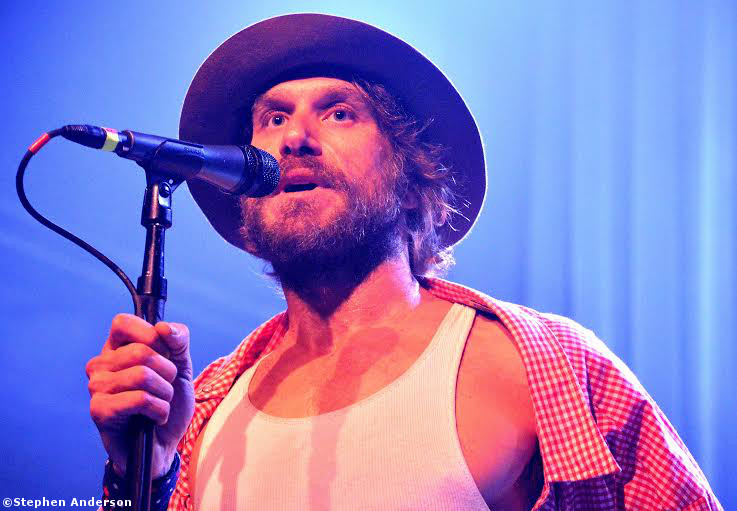 For anyone who loves music, what took place at Iron City was surely a bounty for their senses. This venue is correctly designed for the music viewing experience with no class distinction….so naturally when Hard Working Americans arrived on stage, the place erupted and was ready for one crazy evening of music.

The debut album- “Hard Working Americans” (Produced by Snider and Schools) is made up 11 incredible songs written by other people. *recorded at Bob Weir’s TRI Studios and was released on January 21st of this year. 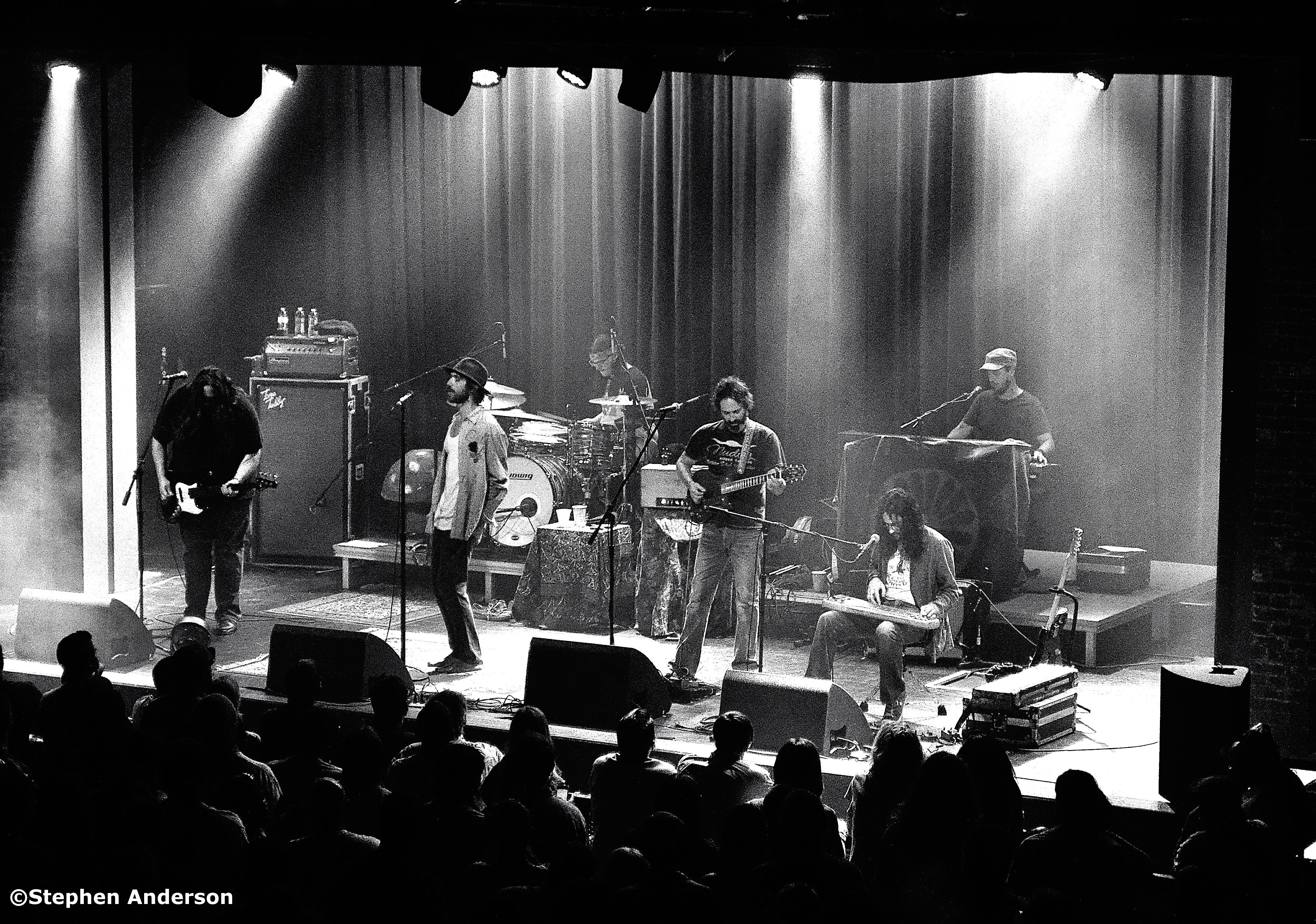 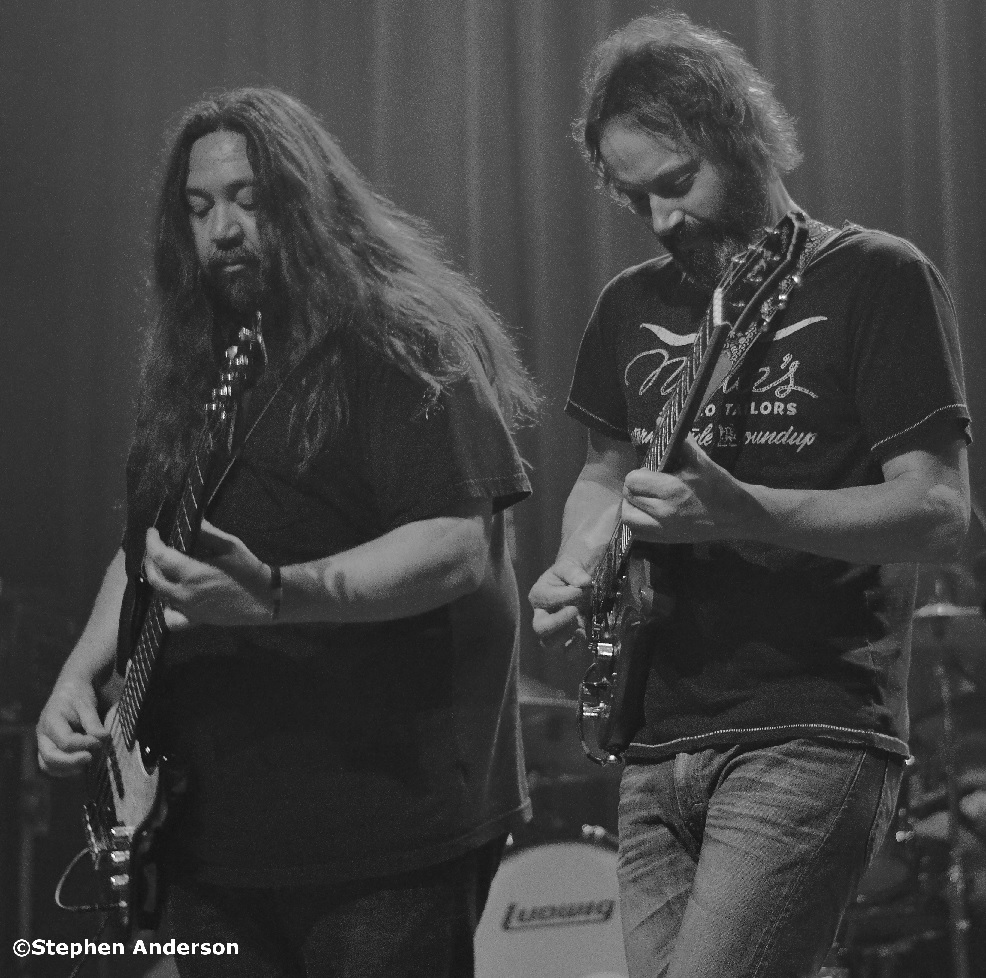 Their choice of songs to cover was from a who’s-who list of the great American songwriters. Fittingly, each track tells a story about hard working American day-to-dayers who give it their all.

One of our favorites, Will Kimbrough, has two of his songs covered (I Don’t Have a Gun” w/ Tommy Womack and “Another Train”); Randy Newman’s “Mr. President Have Pity on the Working Man” shows up next to Hayles Carll’s “Stomp and Holler”; “Wrecking Ball” by David Rawlings and Gillian Welch; The Bottle Rockets’ “Welfare Music” (co-written by ‘Rockets’ frontman, Brian Henneman), also show up. 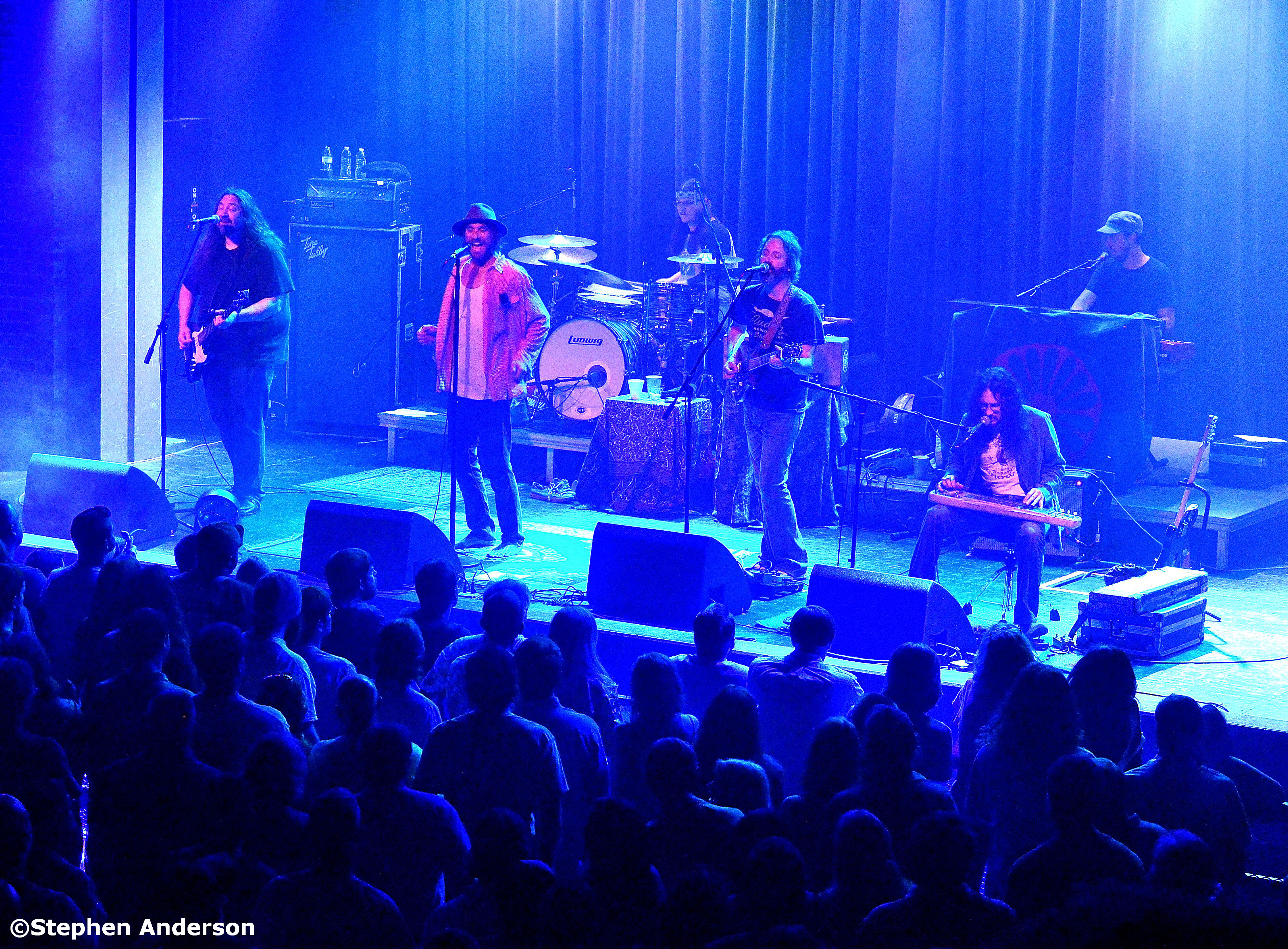 As great as the album is, there’s no denying how Hard Working Americans take it to the next level when performing live. Todd Snider works the stage, reminding us of other accomplished frontmen. At times, I sensed Peter Wolf (formerly of the J. Geils Band) while another thought was that Snider’s stage presence is comparable to Grayson Capps (“The Stumpknockers”, The Lost Cause Minstrels” and “Willie Sugarcapps” fame). Both opinions stand, because like those guys, Snider is only doing what he does so well. 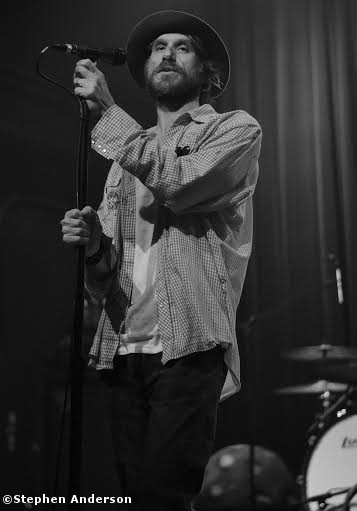 It most certainly was one of this year’s best shows and that is saying a lot because “The Line” has seen its share of awesome performances  (ie. The Lone Bellow, Larkin Poe, Dave Rawlings Machine, Dave & Phil Alvin with The Guilty Ones to name a few.)

We at the Southland Music Line definitely encourage you to try to be in attendance at one of the remaining Hard Working American shows. If not, at least get a copy of their album! 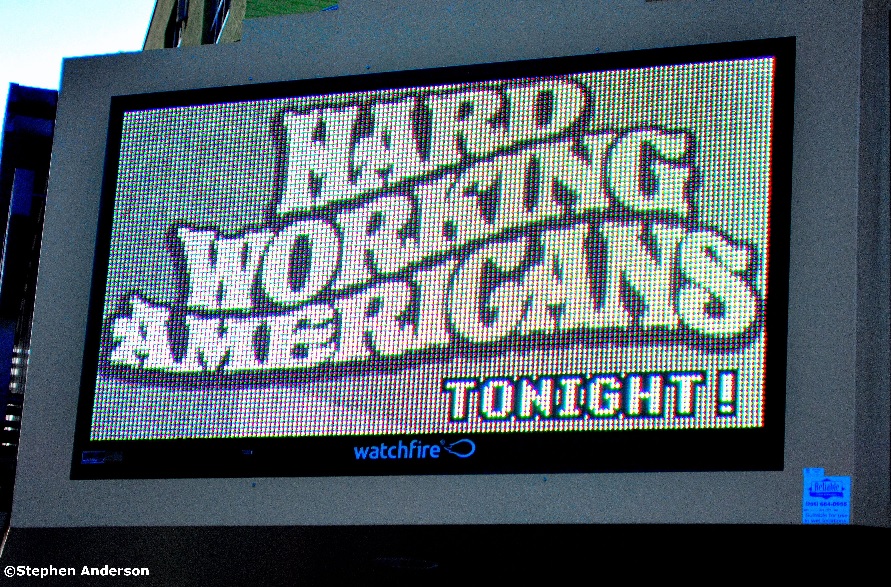 * The album features help on some of the tracks by Blues Traveler – John Popper on harmonica and Athens, Georgia’s John Keane on banjo, guitar and vocals. 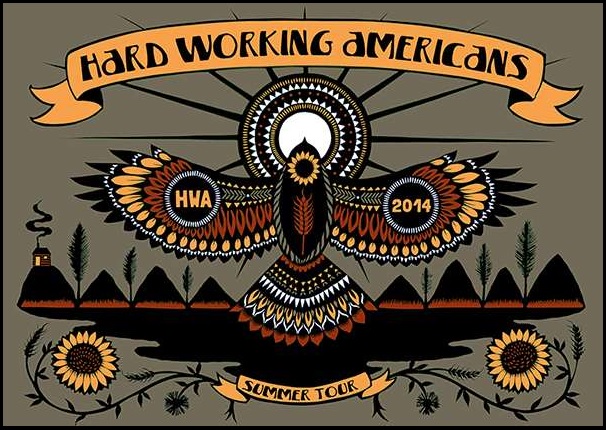 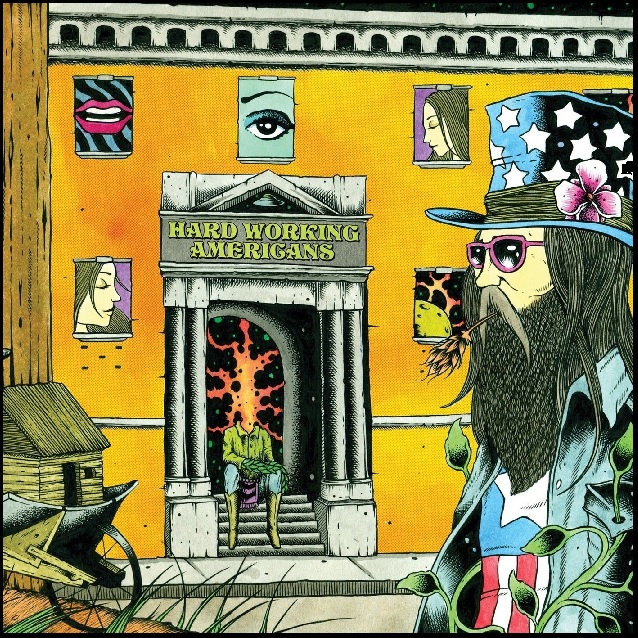 Nashville’s Turbo Fruits opened the show with some lively rock tunes and an energetic performance. Formed by “Be Your Own Pet” guitarist Jonas Stein. I first heard of them at SXSW in Austin, TX, but they have also toured and opened for such bands as Surfer Blood, Dinosaur, Jr. , Deer Tick and Band of Skulls. Personally, I’m looking forward to seeing them again and to see what’s coming up next for these guys. 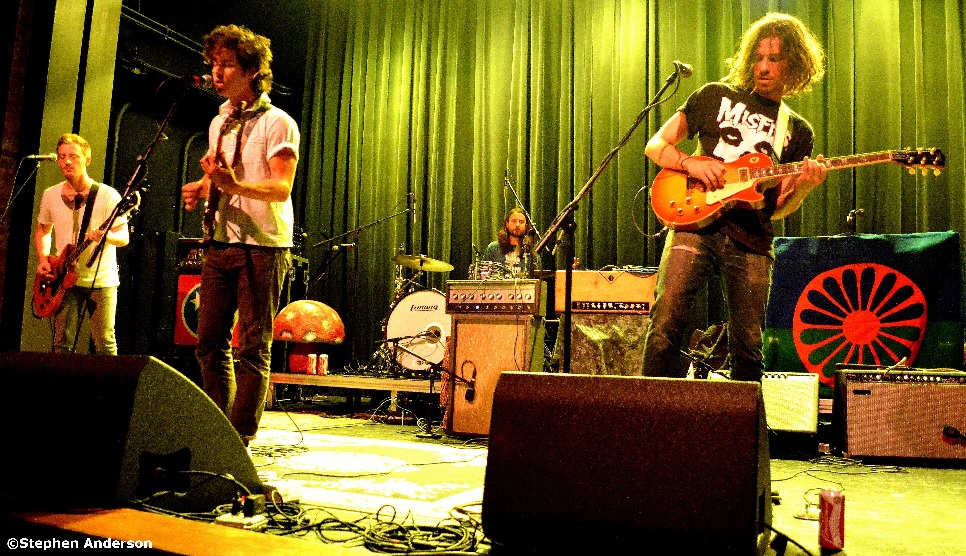 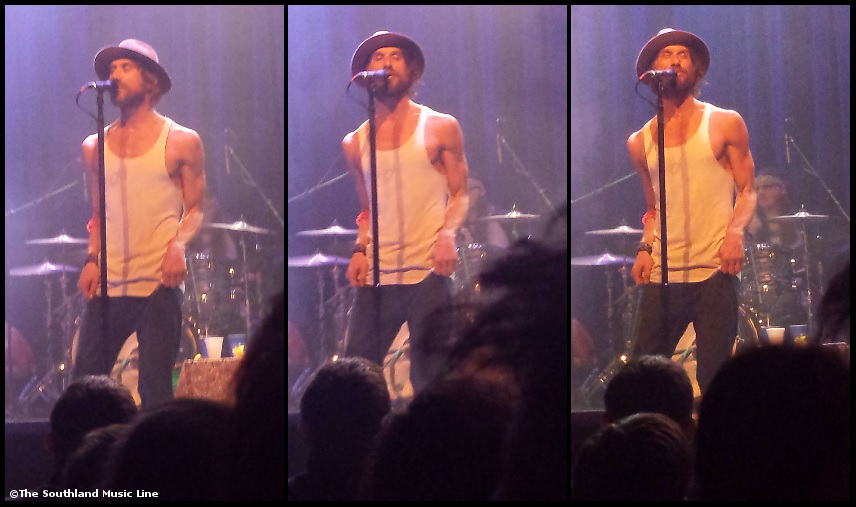 Click Here for additional photos of our trip to Birmingham, AL to see Hard Working Americans. 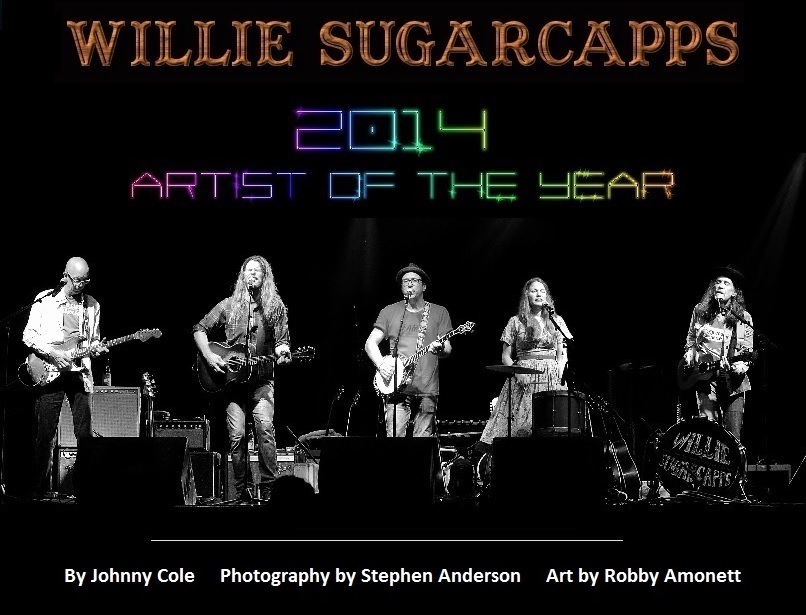 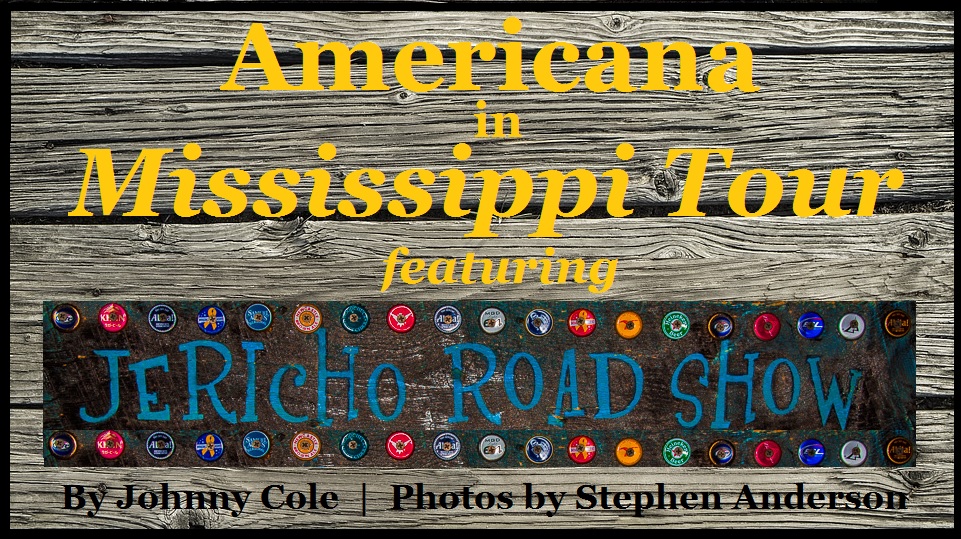