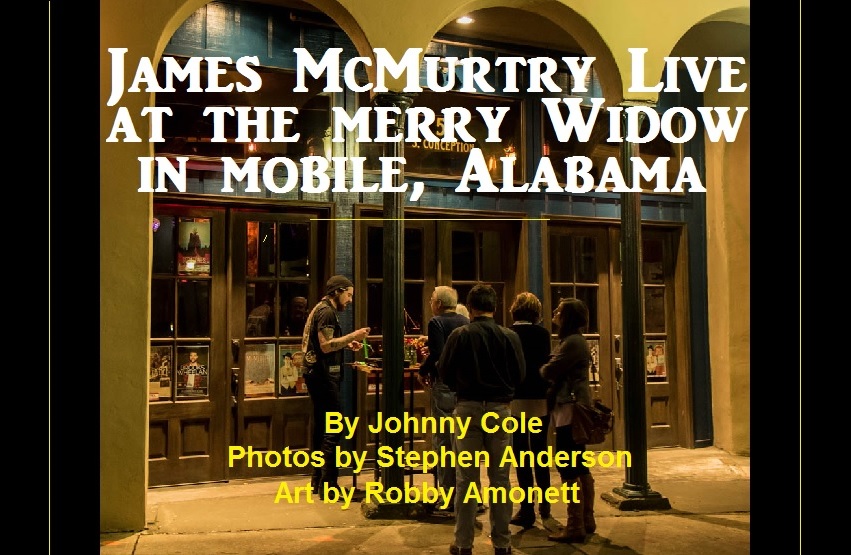 A few months ago, word spread of a new music venue on the horizon in Mobile, AL. The Southland Music Line was excited about the news.  We always look forward to opportunities of seeing great music at a variety of quality venues – hope was The Merry Widow would be such a place. The ever growing music scene of Mobile, AL and the Gulf Coast region has become known for its top-notch places to see live music, so anticipation was high.

While I was making plans for yet another trip up the east coast with hopes of seeing some great shows, Stephen Anderson informed me that one of our favorites, James McMurtry, was coming to The Merry Widow, which turned out to be on a date I was to be in the Washington, DC area. I knew Stephen was in no way going to miss this show; it was nice that someone from The Line would be there to see McMurtry and check out the new venue 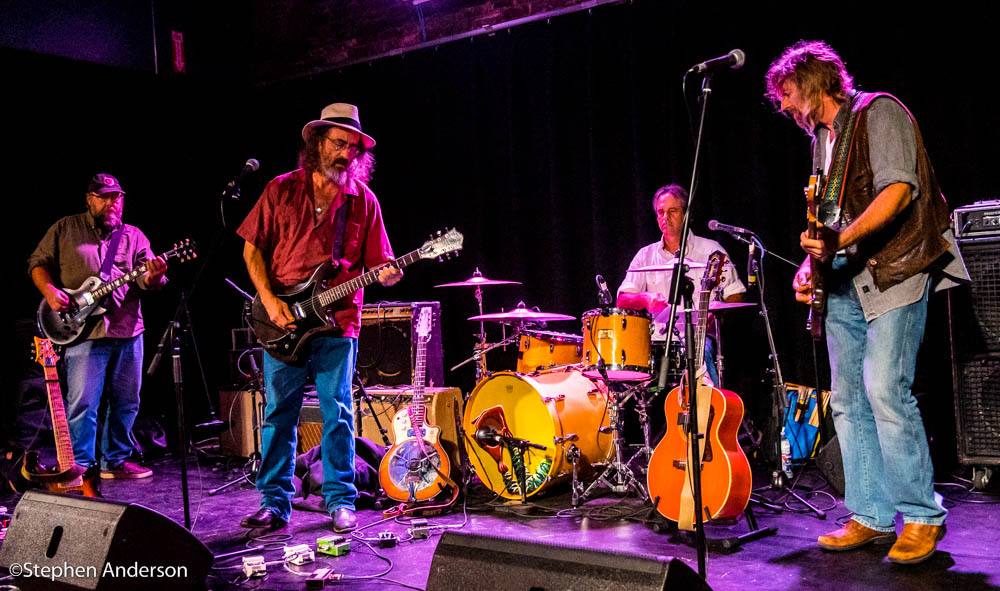 Stephen and I have seen McMurtry now a number of times, including shows during South by Southwest in Austin, TX. (Any trip to Austin should include a McMurtry show, where James regularly performs at the famous Continental Club on S. Congress Ave. each Wednesday night).

On February 24th of this year, McMurtry released his latest album, the highly acclaimed “Complicated Game”. The Southland Music Line named it March 2015’s Music Spotlight of the Month. 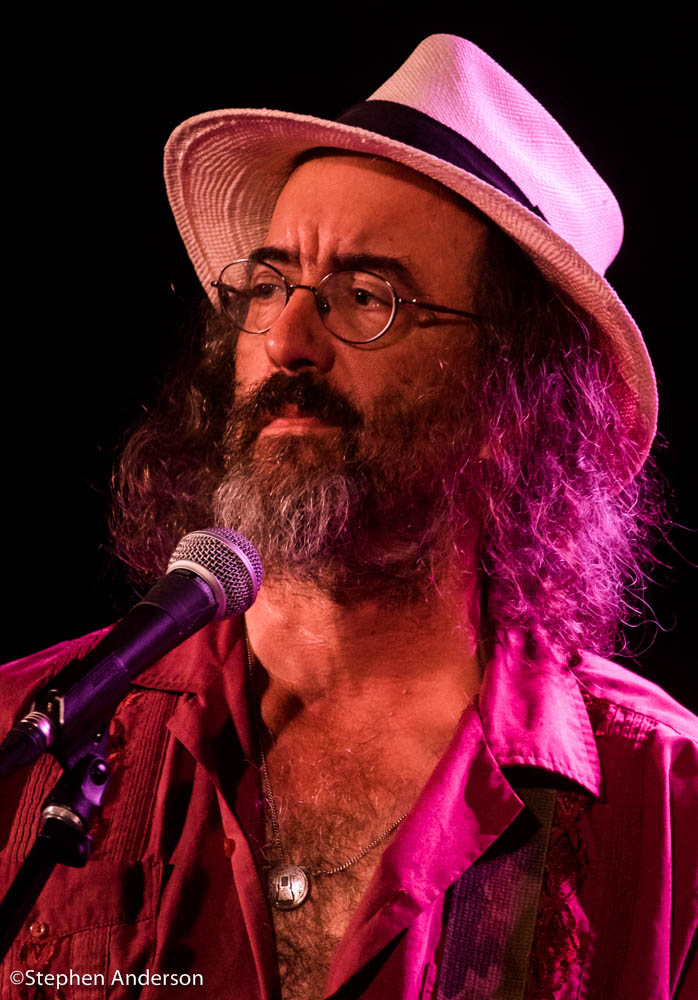 As the date of the show drew near, I discovered that I would be back in time to see McMurtry at The Merry Widow. I was happy to find out, good friend Jason Sanford (from Rosco Bandana) would be opening the show with an acoustic set.

Upon early arrival to The Merry Widow, Stephen and I were happy to meet up with Robby Amonett who would be painting the night’s performance.

While listening to McMurtry’s soundcheck, I began noticing several nice features to the venue. The Merry Widow has a full sized stage, a spacious room with high ceiling, a unique stylish decor, a complete bar, good sized “merch” area in the back near the sound booth, and an easy accessible outdoor smoking area. The Merry Widow’s appearance is quite appealing and fashionable with a warm inviting atmosphere.  Also, management is quite accommodating and nice. And above all, the sound was great! 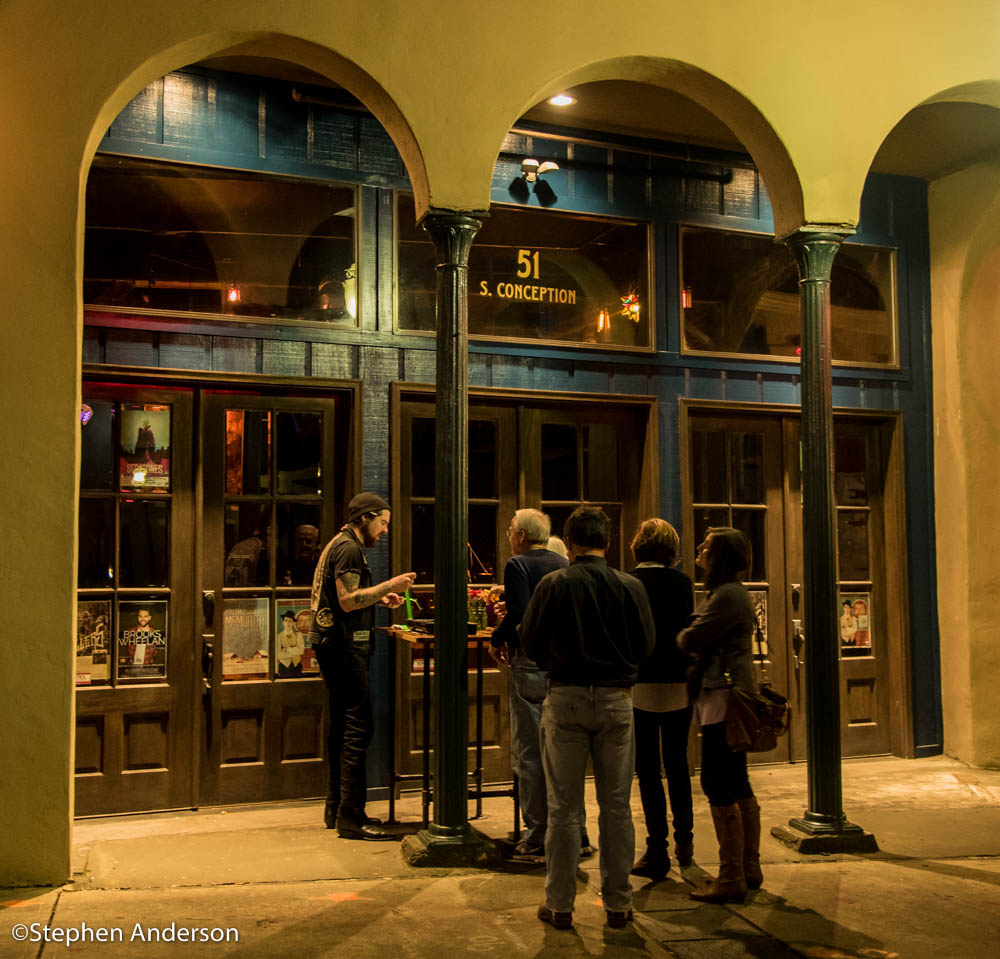 The Merry Widow in Mobile, AL

Jason Sanford’s opening set included a few covers and some of his originals, including “Woe is Me”, “Long Way Down” and “Dangerous”. It was nice to see Jason again, performing as always in his own personal style.

McMurtry and his band, Heartless Bastards (Daren Hess on drums, Michael “Cornbread” Traylor on bass and Tim Holt on mandolin, guitar and accordion) are a no nonsense kind of band from the start of show to its end – one of the things we love about McMurtry. The Line has always referred to McMurtry as the “real deal” and the Mobile, AL show gave further proof of it.

Obviously, the highlight of the show was his highly popular “Choctaw Bingo”, a song The Line’s Stephen Anderson says along with ” She Left Me for Jesus” by Hayes Carll is one of two best Americana-Country songs ever written.

Following the show, McMurtry kindly visited with fans. Yes, a fitting and cool end to one incredible night of music! 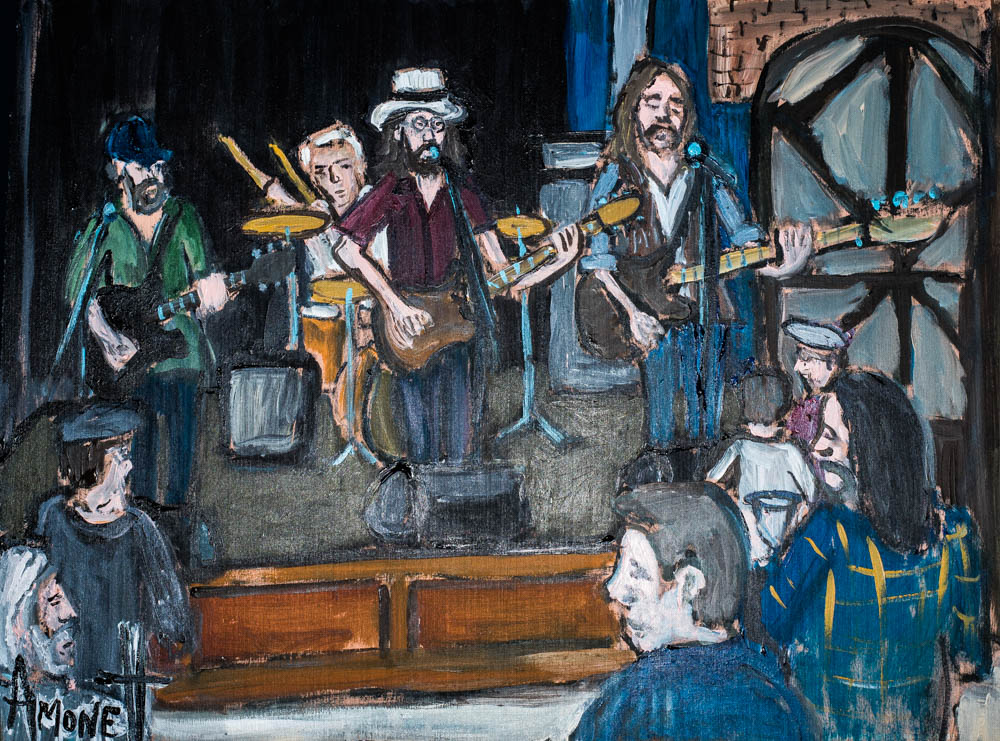 James McMurtry Live at The Merry Widow by Robby Amonett

The Southland Music Line can’t say enough good things about The Merry Widow and encourage others to attend future shows like Pokey Lafarge with The Deslondes in December.

The Merry Widow is located at 51 S. Conception St. in dowtown Mobile, AL. 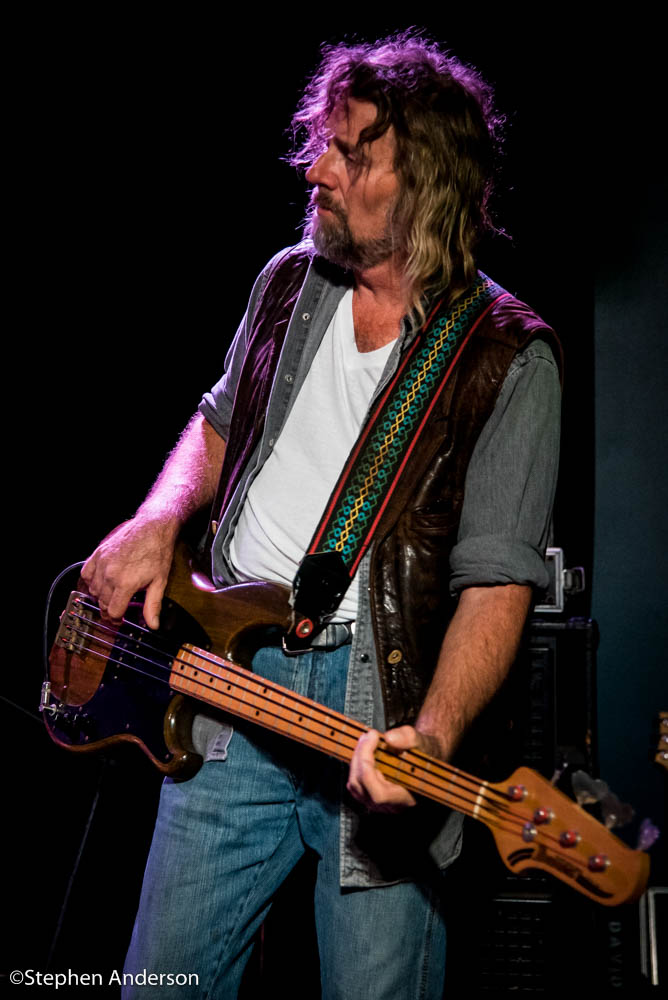 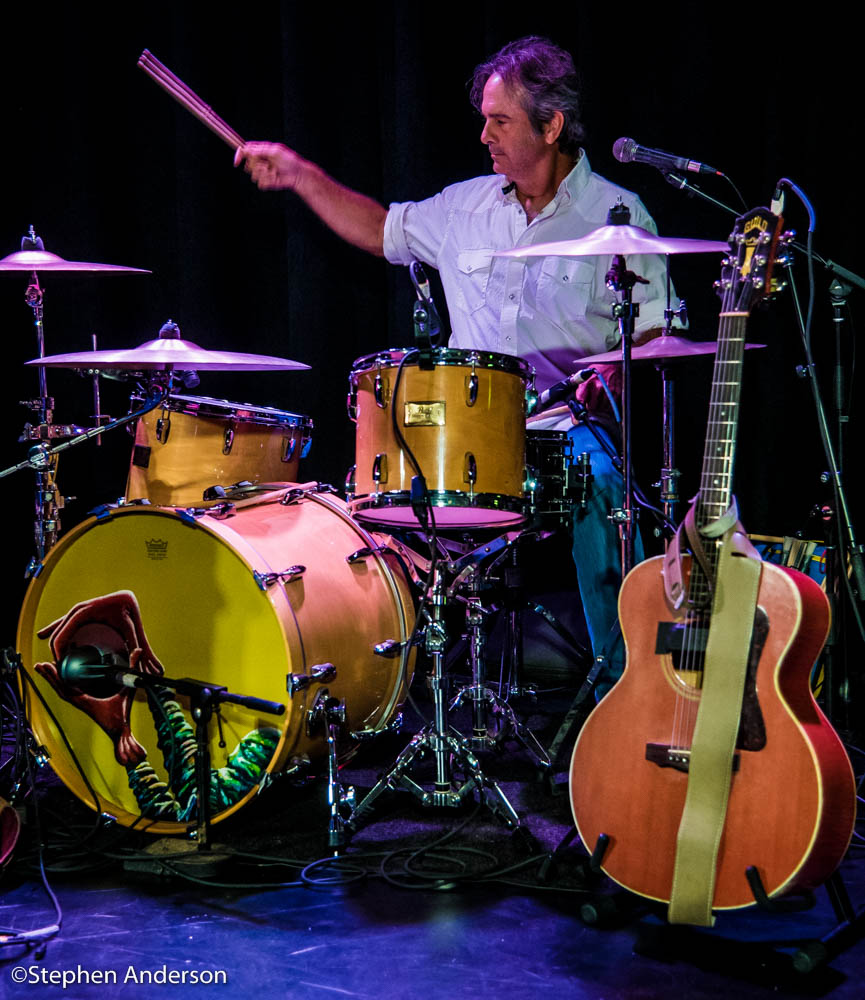 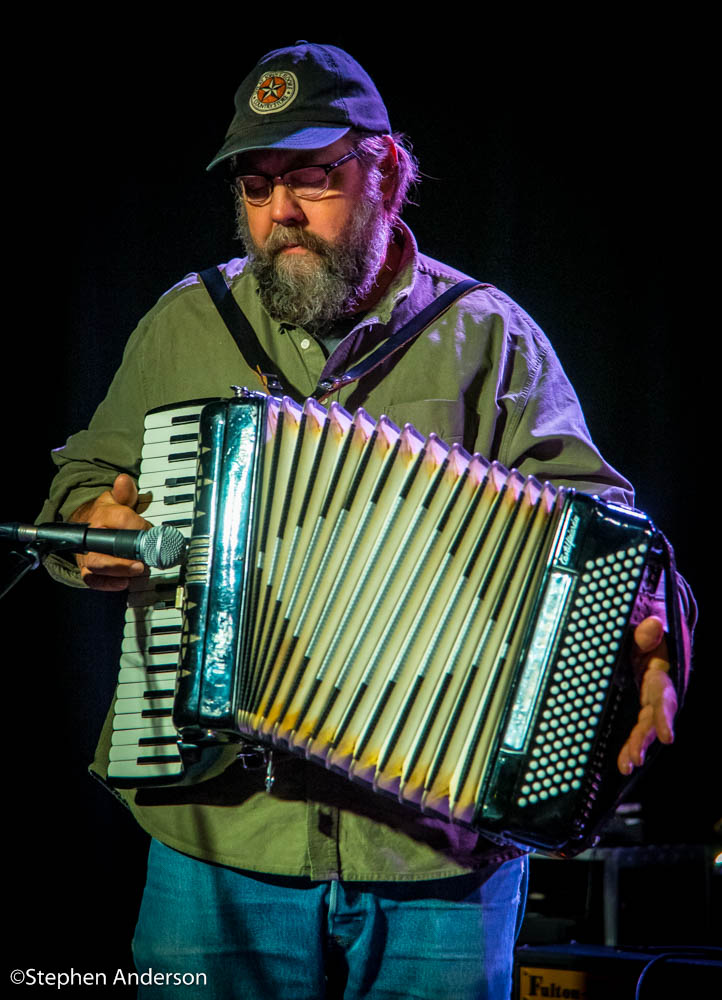 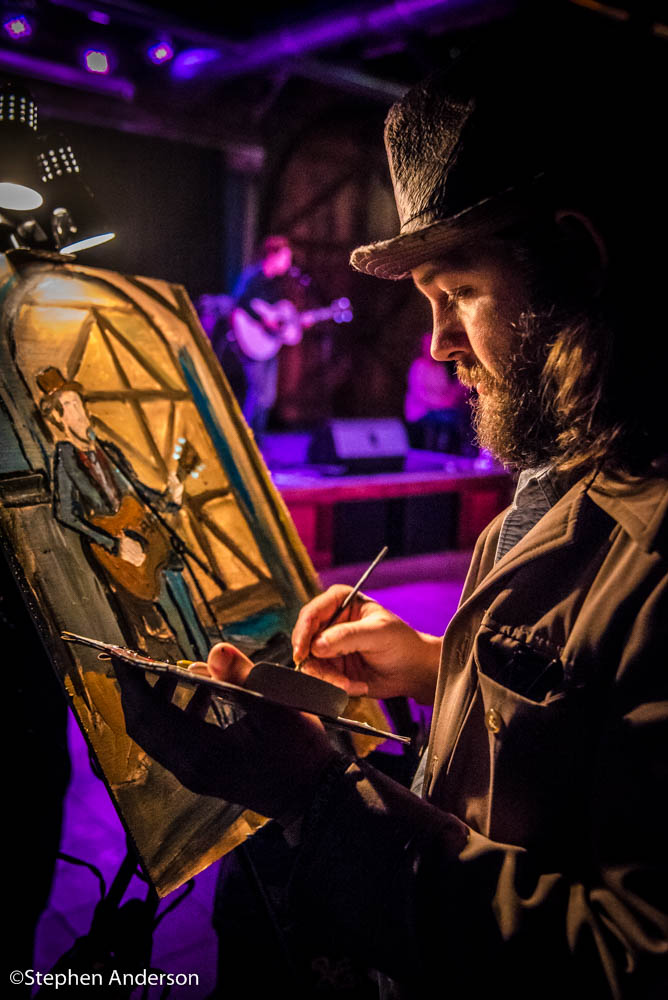 Robby Amonett (Artist and Contributor to The Southland Music Line) painted both performances at
The Merry Widow on the night of Thursday, Nov. 12, 2015. 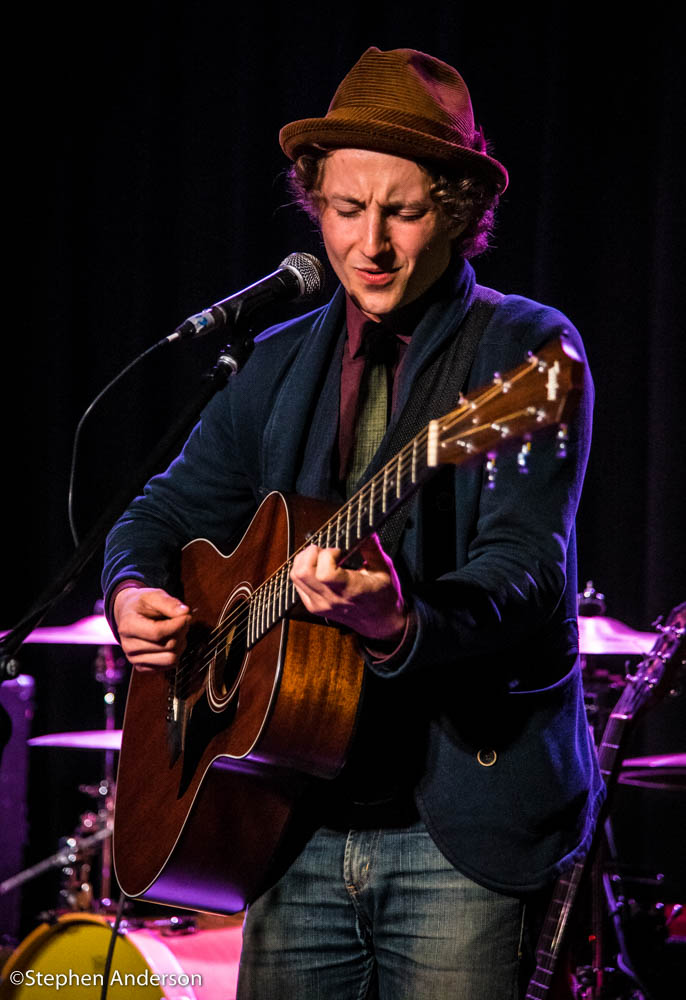 Click Here for the entire photo collection
of James McMurtry at The Merry Widow.

Click Here for the entire photo collection
of Jason Sanford at The Merry Widow.