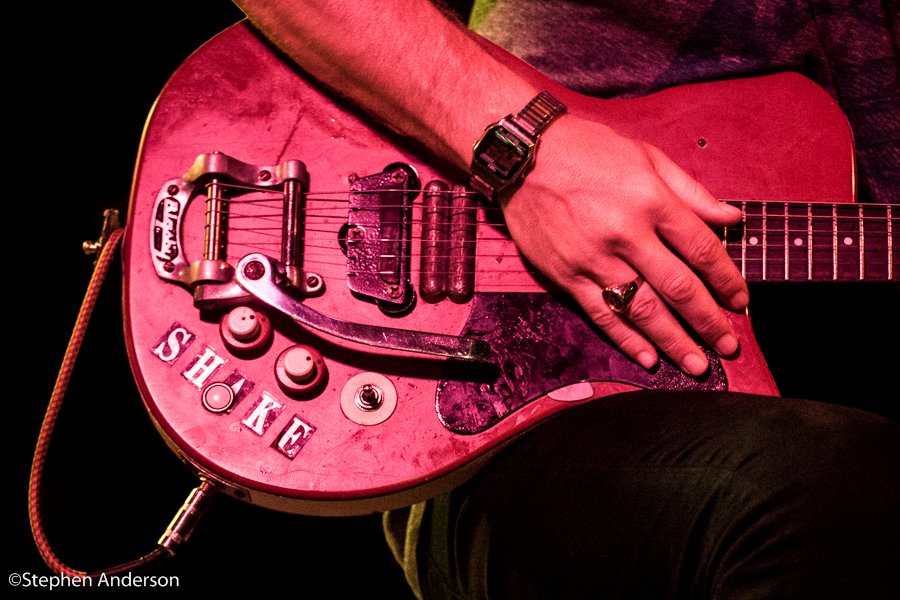 Saturday night, thunder and lightning not only rolled across the sky in Ocean Springs, but also across the stage at Murky Waters. As the audience, sheltered from Mother Nature’s storm by the covered outdoor venue, gave enthusiastic attention to their performance, The Mississippi Shakedown created musical thunder and lightning with hard hitting blues/rock tunes and an energy that spilled out into the street. When passersby cannot resist the urge to stop and dance as they go their way, it’s a sure bet that there is indeed a musical shakedown going on. 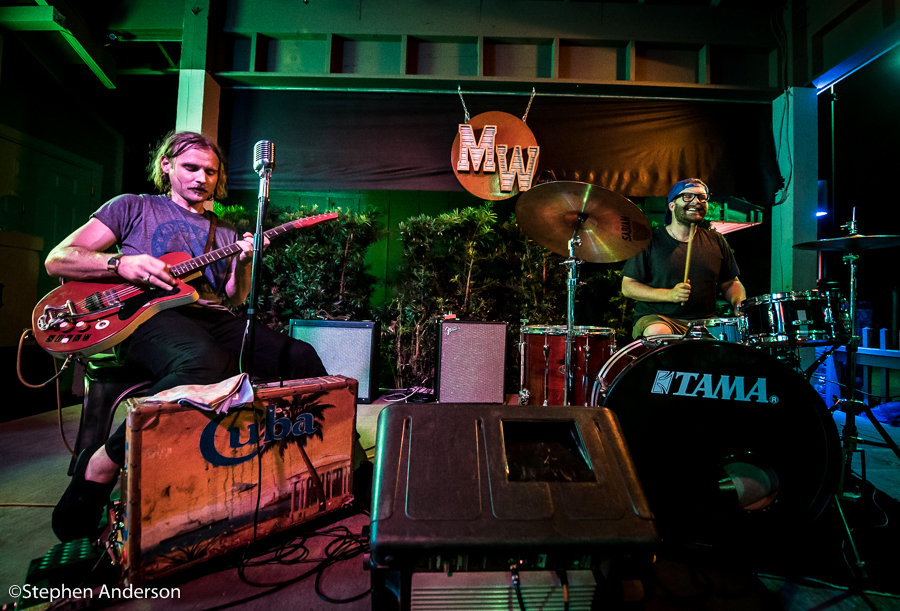 During The Mississippi Shakedown’s appearance on Mississippi Public Broadcasting’s “Amped & Wired” last May, Chad Cox stated that Junior Kimbrough inspired him to begin playing the guitar, but he began to play the banjo quite by accident after a college roommate left it behind. Admittedly obsessed with it, he added fuzz and distortion to rock it then plugged it into the band’s show. While he enjoys meeting folks born to be musicians who were steeped in music from the very beginning by parents or grandparents, he relates most to those who have developed their music as the need for an outlet. In Cox’s case, his music helped him deal with the grieving process of losing his parents several years ago.

The band is currently working on their next CD and plans to release it in the following several months.

The Line’s Johnny Cole and Stephen Anderson have enjoyed previous shows by this band and thank Murky Waters for bringing them back to the Gulf Coast again. We look forward to hearing more from The Mississippi Shakedown and wish them continued success. 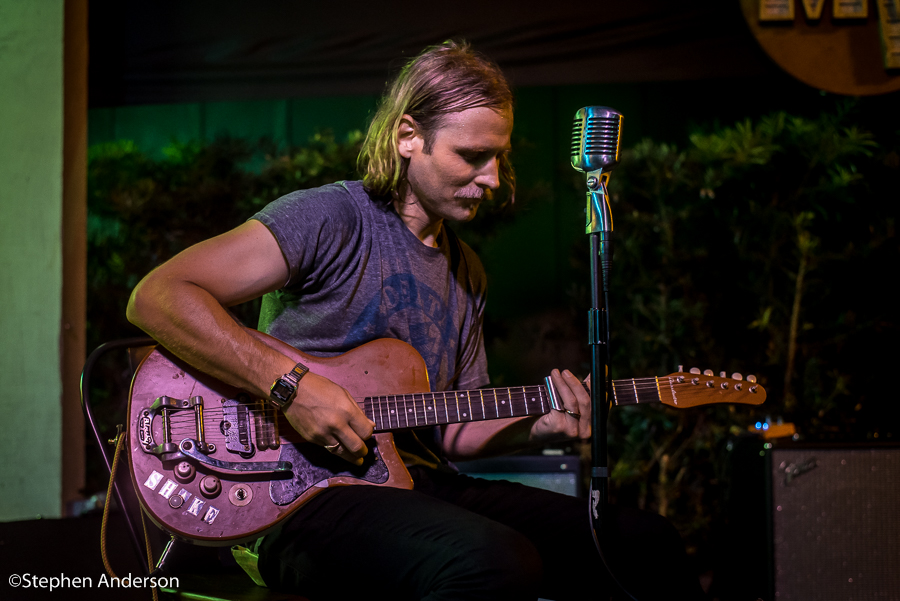 CLICK HERE FOR MORE PHOTOS OF THE MISSISSIPPI SHAKEDOWN BY STEPHEN ANDERSON. 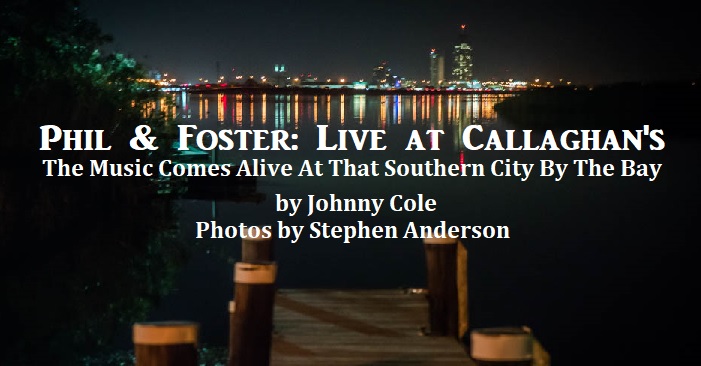 Phil & Foster: Live at Callaghan’s – The Music Comes Alive at That Southern City by the Bay 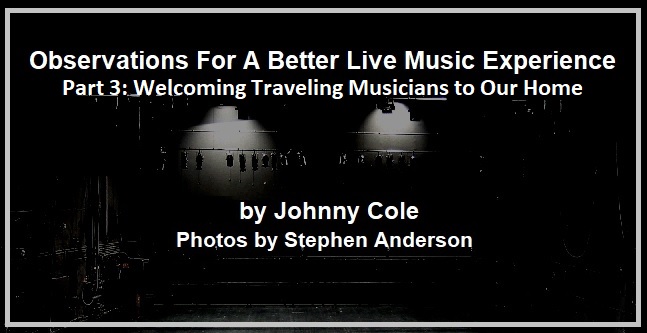 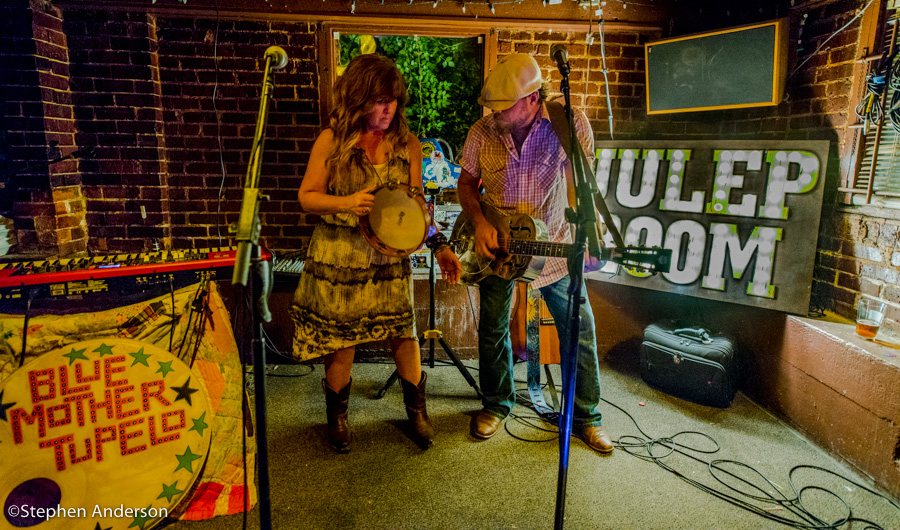 Blue Mother Tupelo – The Work of Our Hearts