During the month of June, successful musician, Frank Turner, kicked off his “50 States in 50 Days Tour” in the northeast with early stops in such places as Portsmouth (NH), Portland (ME) South Burlington (VT), Providence (RI) and so forth….. within days he had made his way south. The English punk and folk singer-songwriter from Meonstoke, Hampshire made several live appearances along the Gulf Coast – The Soul Kitchen in Mobile, AL, The House of Blues in New Orleans, LA and The Government Street Grocery in Ocean Springs, MS.

Beginning in the early 2000’s, Turner was part of the London post hardcore band Million Dead. After four years and a couple albums, the band parted ways. After the band’s split, Turner continued his career as a solo artist. After hearing Bruce Springsteen’s “Nebraska”, Turner later said “That was a really big moment for me, hearing that record in terms of a turn around in my music career from hardcore punk bands to what I’m doing now”.

Turner has performed at every size venue imaginable from huge festival settings to small intimate pubs such as The Government Street Grocery. The Southland Music Line’s photographer, Stephen “Andy” Anderson, was able to capture the live performance of Turner’s stop in Ocean Springs on Tuesday afternoon, June 28th. Robby Amonett was also there to capture the show with his paintbrushes. (The Southland Music Line’s Johnny Cole was actually in the U.K. at this time). “The Grocery”, known for its live entertainment and enthusiastic audiences, was packed with fans at this special event. The show was opened by Alvin Baker. The following photos share a little of that afternoon’s excitement. 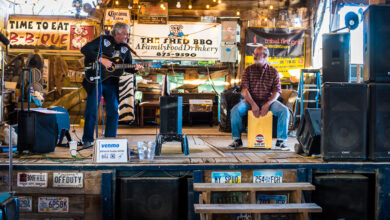 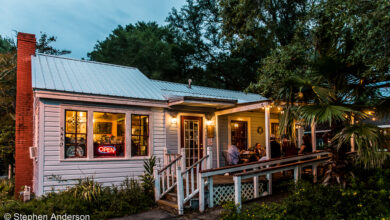 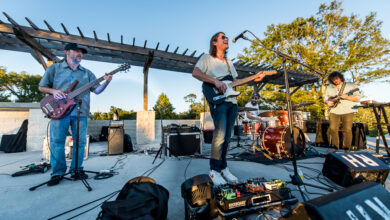 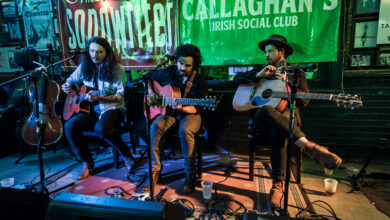