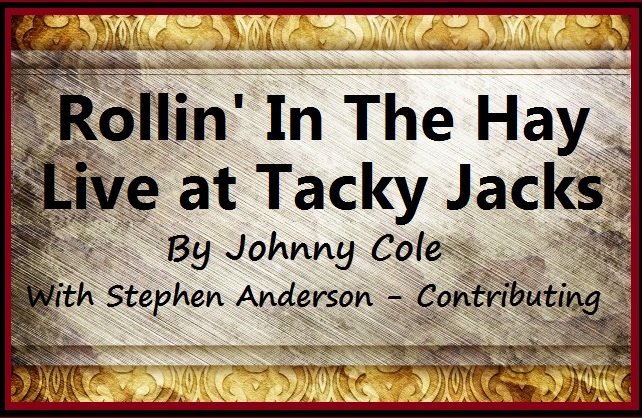 There are nights that outshine all other nights with so many things in life including “Live Music”.  On Friday, April 4th, 2014, Stephen “Andy” Anderson (Photographer with The Southland Music Line) had the privilege of seeing one of his favorites perform live at Tacky Jacks in Spanish Fort, Alabama, just across the bay from Mobile. 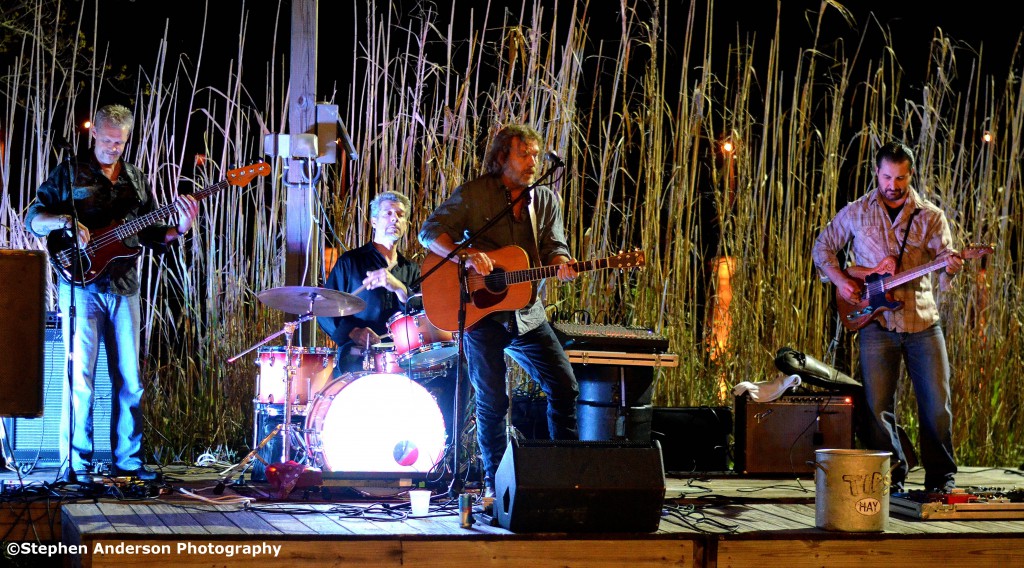 Whenever I ask music fans, who call the Gulf Coastal Region of the “Deep South” their home, to name their favorite bands to see in a live performance, one name seems to always frequent their list – “Rollin’ In The Hay”. Just mention that band and you are sure to get a comment or two, but more often a lengthy talkfest praising the band. And because, unfortunately I can’t be in two places at once, this same evening I was at Mississippi’s very own famous venue for Live Music, “The Shed”, seeing the incredible Grayson Capps and Corky Hughes. When I told The Shed’s owner Brad Orrison and photographer Fred Salinas, that The Line’s” own photographer, Stephen Anderson, was seeing  Rollin’ In The Hay” over  in Alabama, Orrison’s quick response was nothing, but high praise for Rollin in the Hay. That is always the common response and I totally 100% agree. One of The Gulf Coast’s most knowledgeable music enthusiast and frequent attendee of more live music events than most, Bobby Rayburn of Pascagoula, MS, has always given the same kind of praise for Rollin’ In The Hay. Time will not allow for the many examples of those who are completely charged about these guys. If you are not familiar with Rollin’ In The Hay, you would be wise to check them out.
(See links following article.)
. 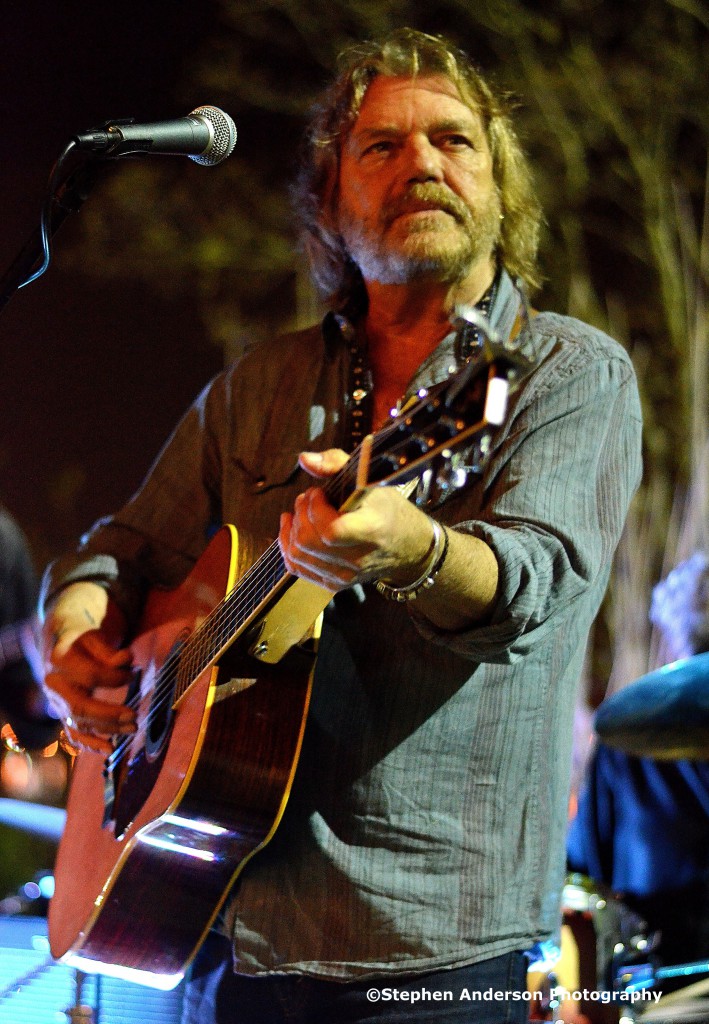 Rick Carter from Rollin’ In The Hay (Photo by Stephen Anderson)

.
One major accolade bestowed upon them was by The Alabama Music Hall of Fame, as they saw fit to list them as “Music Achievers”.  Based out of Birmingham, AL, Rollin’ In The Hay, mixes Southern Rock with highly energized Bluegrass (Renegade Bluegrass). They have  countless shows under their belt and have opened for an impressive long list of artists (ie. Charlie Daniels, Greg Allman, The Doobie Brothers, Alabama and Widespread Panic). Today, there are many bands that have attempted to emulate their sound and capture their groove known as “Newgrass,” but Rollin In The Hay are most definitely one of the major forerunners of this innovative style.  In a time where labeling of genres can get quite complicated for the average listener or music fan, one thing is for certain, Rollin’ In The Hay are masters of great music! They have been providing, not only for the Southeast, but America, some of the greatest live shows for years and have quite an impressive list of recorded music – six self-released CDs; as part of the ‘Pickin’ On” series – 15 nationally released instrumental tributes; and more live ‘bootleg’ shows on the internet than one can count.
. 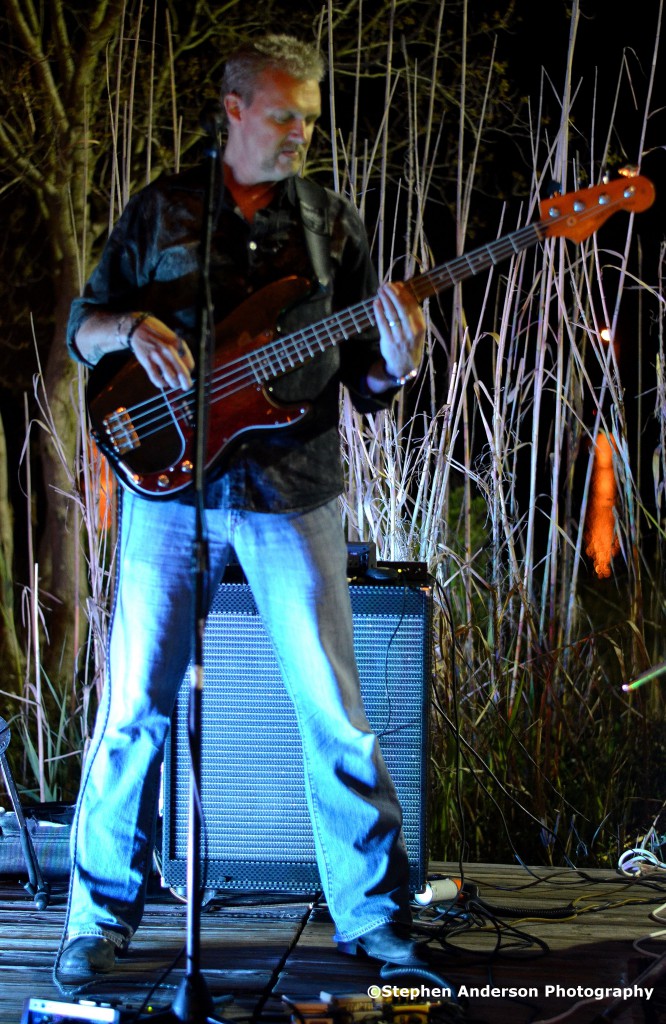 Stan Foster from Rollin’ In The Hay (Photo by Stephen Anderson)

Stephen was able to sit down with the band and enjoy a nice visit, which was followed by one of those incredible live Rollin In The Hay shows. He along with people like Bobby Rayburn (mentioned earlier), Artist Robby Amonett, the good folks at Southern Rambler and myself, has seen his share of music on an almost nightly basis.  Stephen has taken photos of some of music’s biggest names (Boz Scaggs, Billy Joel, Crosby, Stills & Nash, The Police and even the late greats Duane Allman and Johnny Cash.) He knows ‘his music’ and enjoys taking tons of photos, so aptly demonstrated by his recent time spent at South By Southwest in Austin, TX (see the 5 part article: Austin Bound: SXSW 2014, Pts. 1-5 for many of his photos.)

…..But on this particular night in April, it was all about the spectacular and entertaining Rollin’ In The Hay. 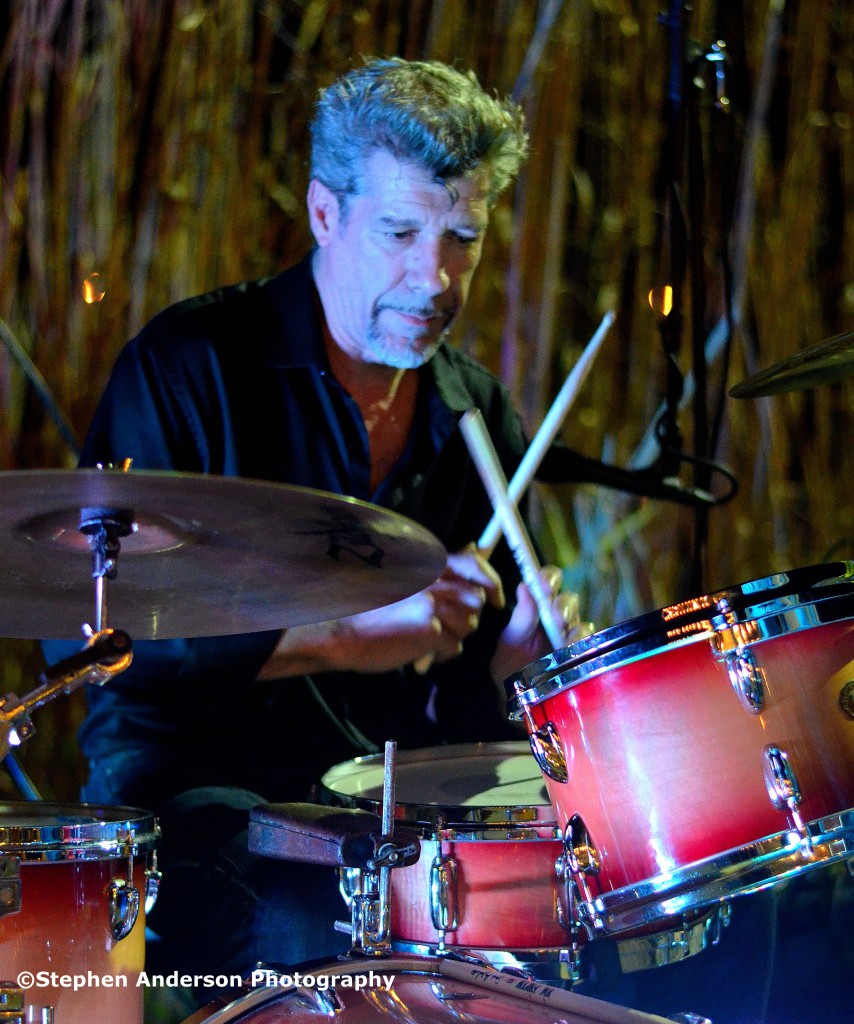 Leif Bondarenko from Rollin’ In The Hay (Photo by Stephen Anderson)

To Purchase the music of ROLLIN’ IN THE HAY:

To Learn More About ROLLIN’ IN THE HAY including future Tour Dates, All the Latest Band News, etc:

Also visit one of the four locations of Tacky Jacks. To Learn More and Locations: 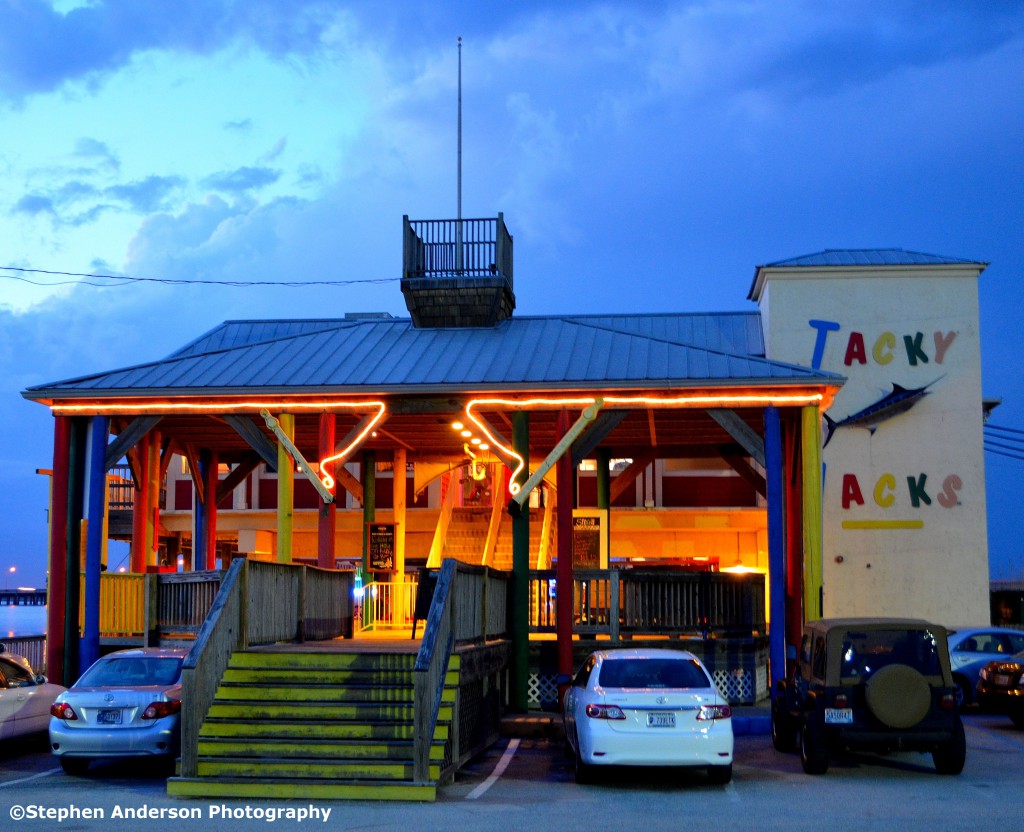 Tacky Jacks in Spanish Fort, AL across the bay from Mobile. (Photo by Stephen Anderson)

For more information about those behind The Southland Music Line:
CLICK HERE 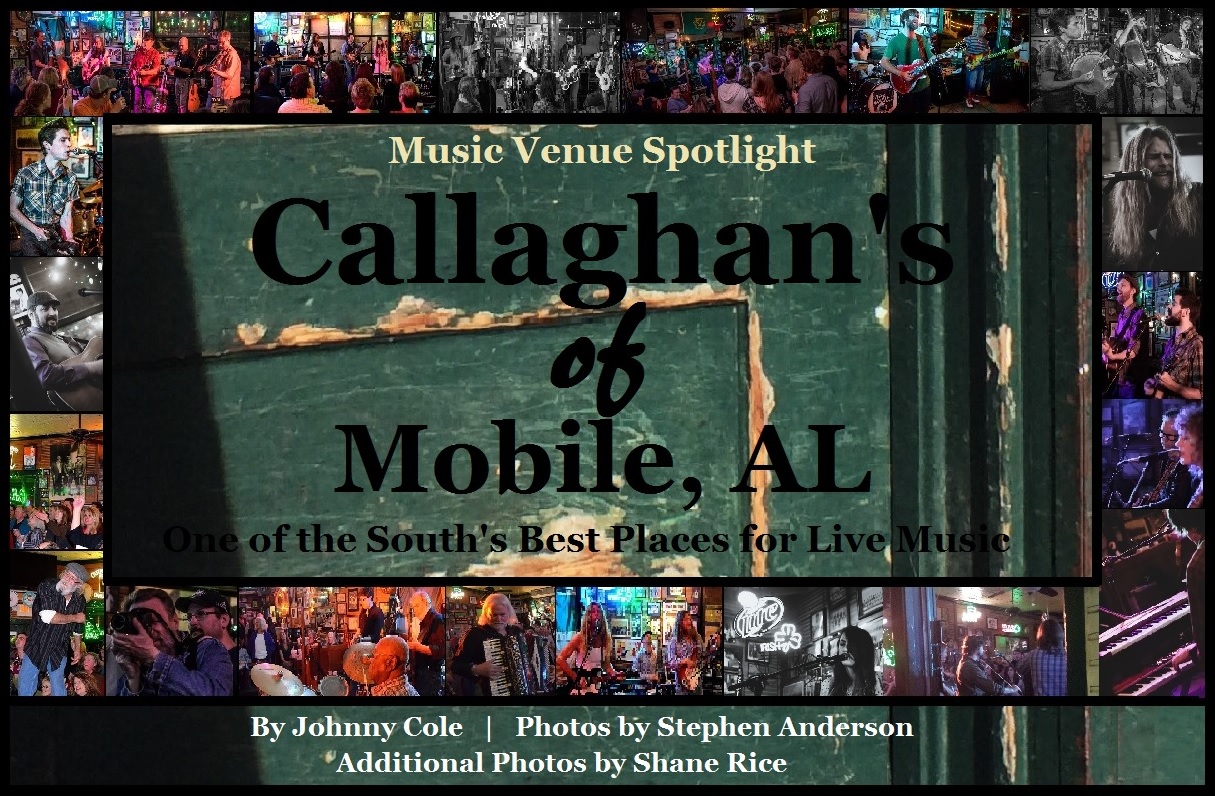 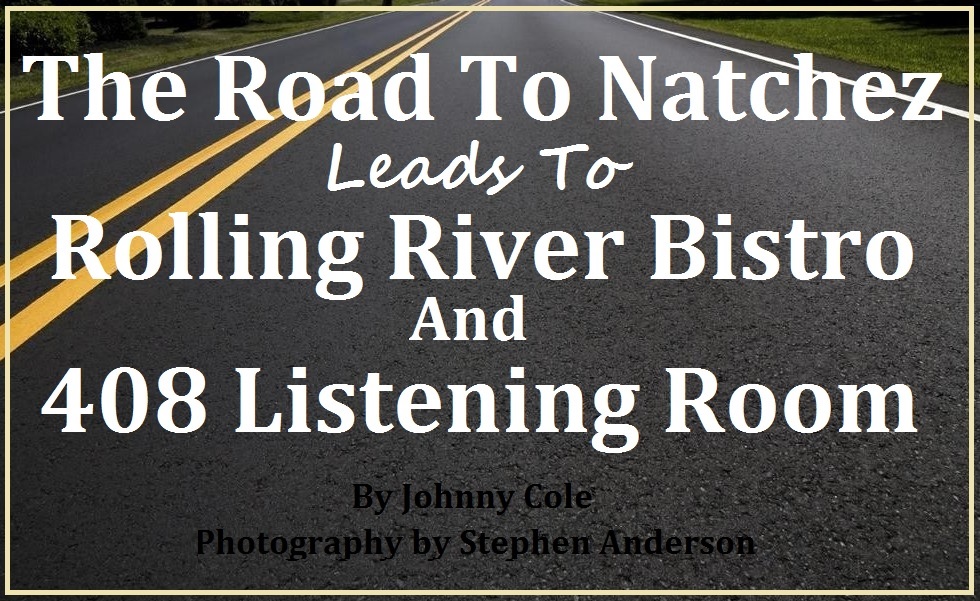 The Highly Anticipated Return of Kristin Diable to Callaghan’s in Mobile, AL 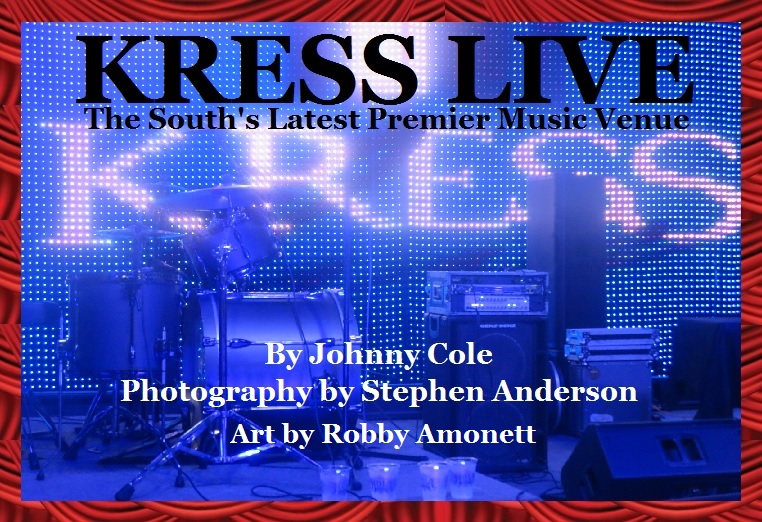