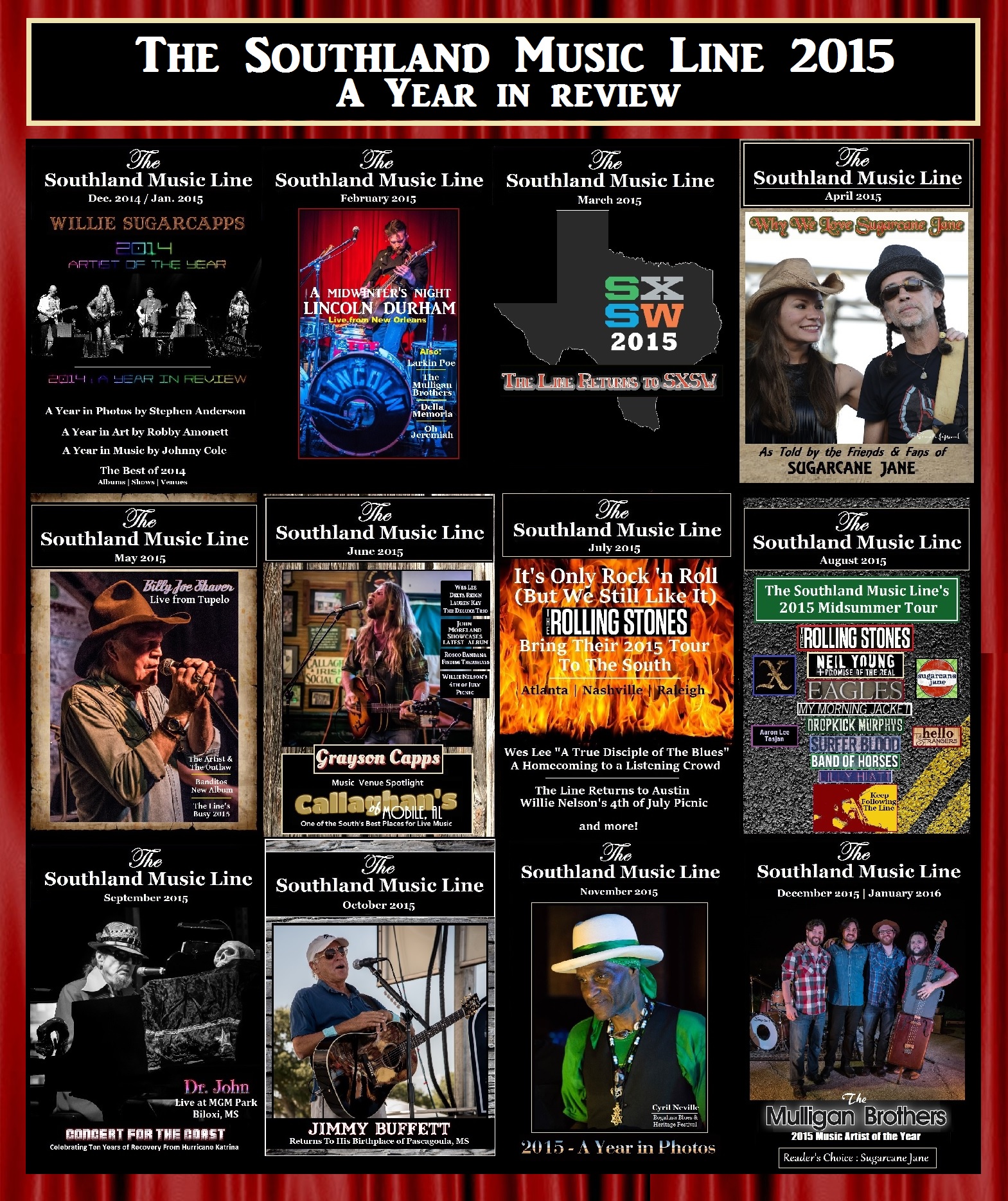 The Southland Music Line’s mission has remained the same since forming in the autumn of 2013 at Jack’s by the Tracks in Pascagoula, MS, Robby Amonett (artist), Stephen Anderson (photographer) and I (writer) have maintained a consistent search for the best music on our pilgrimage across the South and abroad.

Our ultimate goal is to spread the word about the music and venues we encounter on the road.

We have been fortunate to see some unparalleled music at a growing number of prime music venues.

The Articles
Our most read and visited article of 2015 was “Why We Love Sugarcane Jane as Told by the Friends and Fans of Sugarcane Jane”. It was originally planned for the summer of 2014, but we decided to wait on a time near the release of the new Sugarcane Jane album, “Dirt Road’s End”. From the beginning, we wanted friends and fans of the talented married duo to participate in the writing of this article. The group effort paid off with sizable numbers of people contributing, reading, and sharing with others. We truly appreciate all who played a valued part and we definitely want to thank Anthony and Savana Crawford (Sugarcane Jane) and family for providing us with the perfect subject.

Articles in 2015 (excluding our 2014 Year in Review articles):
– Corey Rezner’s Gift for Song Translates Well on His Latest Album, “Mercy Mercy”
– James McMurtry Live at The Merry Widow in Mobile, Alabama
– Coastal Noise Goes Live at The Shed with Bluesman Wes Lee
– Baldwin County Public Records: An Indie Label With A Mission For Excellence
– The Bogalusa Blues & Heritage Festival 2015: Another Exciting Year!
– From A Small Mississippi Bayou to the Rest of the World – Jimmy Buffett is Honored by His Birthplace of Pascagoula, MS
– Concert for the Coast: Celebrating Ten Years of Recovery from Hurricane Katrina
– The Road to Natchez Leads to Rolling River Bistro and 408 Listening Room
– The Southland Music Line’s 2015 Midsummer Tour
– It’s Only Rock ‘n Roll (But We Still Like It) The Rolling Stones Bring Their 2015 Tour To The South
– Wes Lee: A True Disciple of the Blues – A Homecoming to a Listening Crowd
– Rosco Bandana – Finding Themselves
– John Moreland Showcases Latest Album “High On Tulsa Heat” To An Attentive Alabama Audience
– Music Venue Spotlight: Callaghan’s of Mobile, AL – One of the South’s Best Places for Live Music
– The Southland Music Line’s Busy 2015 (so far)
– Delta Reign: A Fan Favorite Delivers A New Album of Pleasing Diversity
– The Road Leads To Birmingham: Sugarcane Jane Opens Show For Steve Winwood
– Banditos: A True Blue American Rock Band (An Article by Robby Amonett)
– The Artist and The Outlaw: Robby Amonett Paints the Performance of Billy Joe Shaver
– Why We Love Sugarcane Jane as Told by the Friends & Fans of Sugarcane Jane
– The Southland Music Line Returns to SXSW, Pt. 1
– The Southland Music Line Returns to SXSW, Pt. 2
– A Midwinter’s Night: Lincoln Durham – Live from New Orleans

Click Here for the complete Article Archives (containing all the above articles).

Click Here for the complete Music Fan of the Month Archives.

2015’s Spotlight Music of the Month

Also in 2015, The Southland Music Line highlighted some of music’s best and most noteworthy albums and/or EPs.

Click Here for the complete Spotlight Music of the Month Archives. 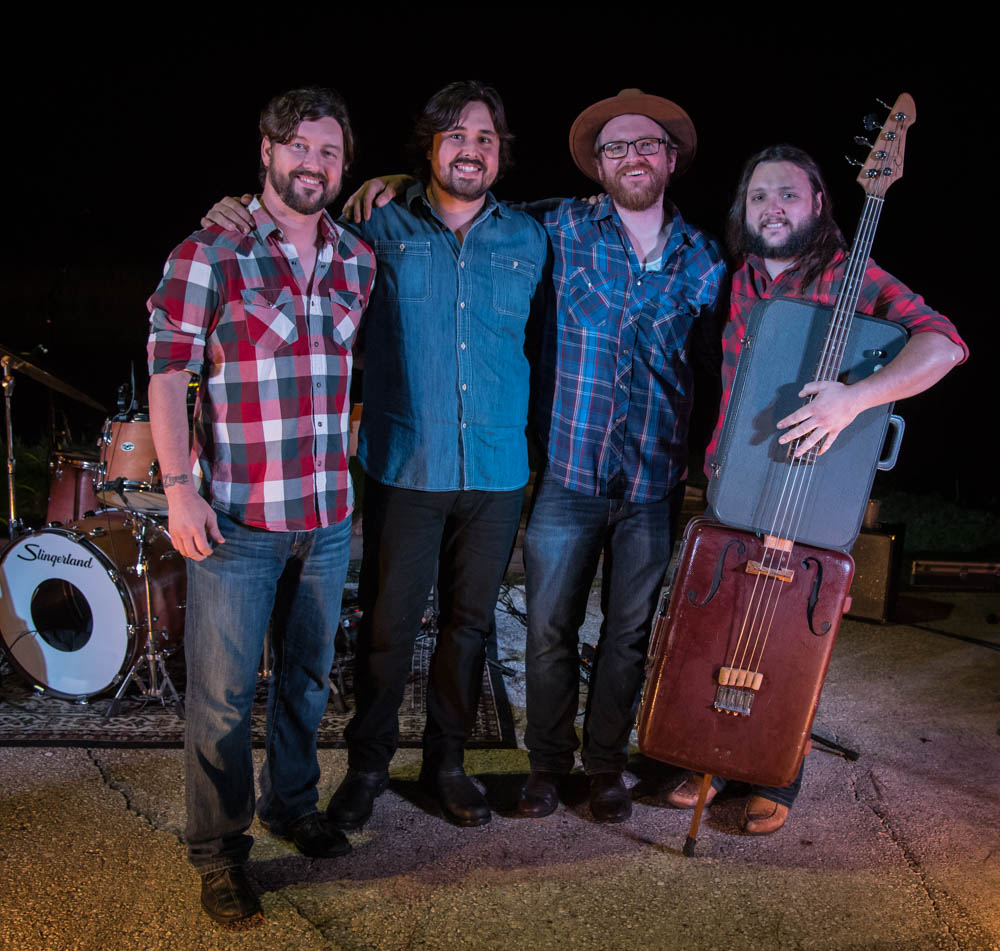 The Music Artist of the Year:  The  Mulligan Brothers
For article: Click Here! 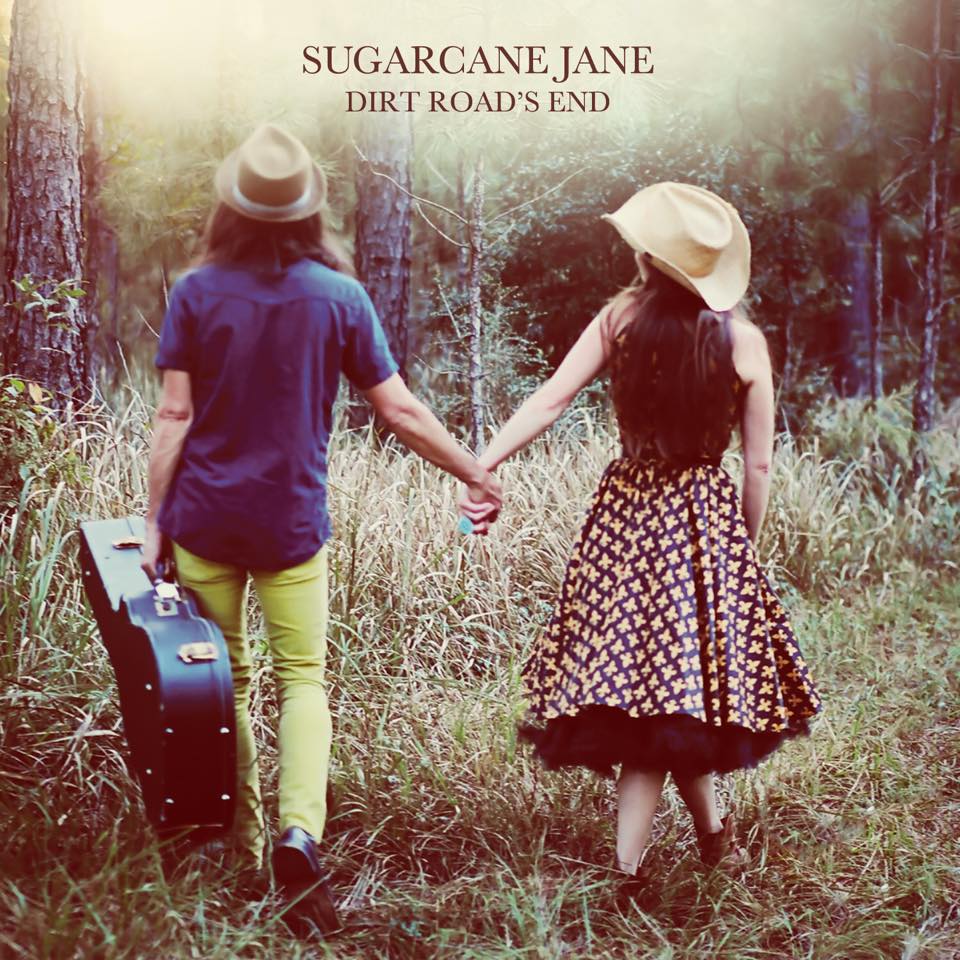 To read more about what Robby, Stephen and I have done individually in 2015, visit “Robby Amonett: A Year in Music-Inspired Music”, Stephen Anderson: A Year in Photos” and Johnny Cole: A Year of Travelin’ and 300+ Shows” (see links below).

We consider it a privilege to tell others about the sensational music we experience throughout the year. In addition, we are thankful to all those who assist and contribute to The Southland Music Line, aka “The Line”. As our mythical tour bus pulls out again, we invite all to climb aboad and experience another exciting year of music and unforgettable times in 2016 – it’s sure to be a lot of fun! 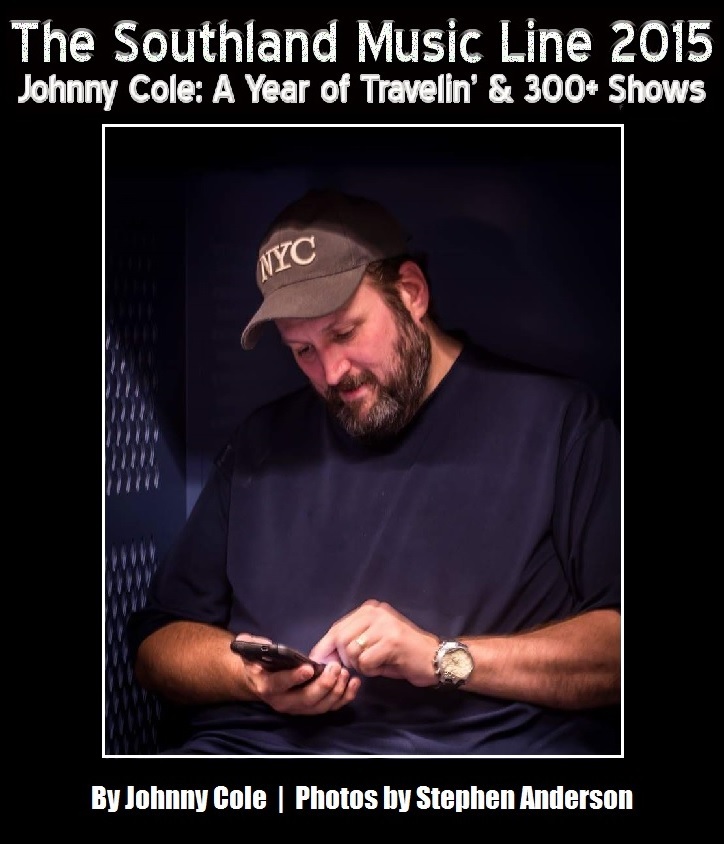 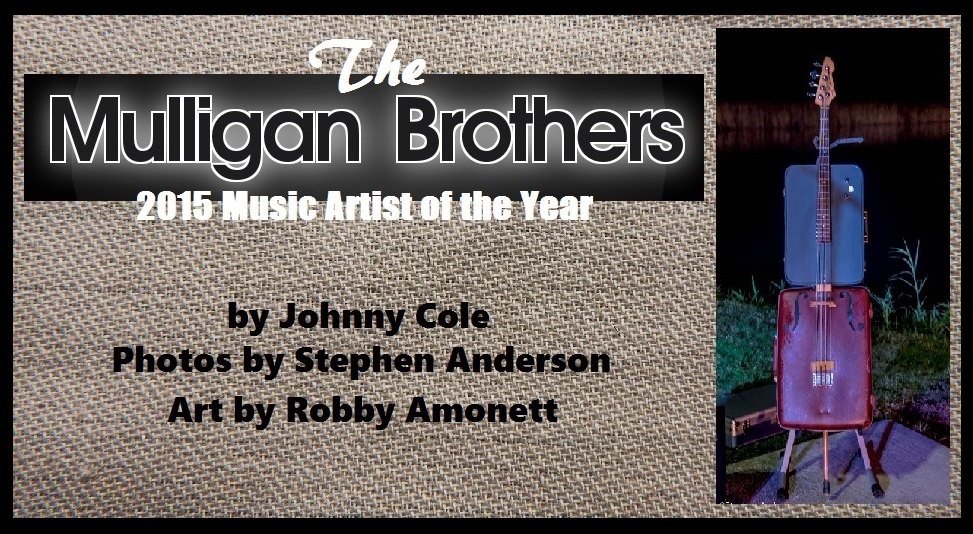 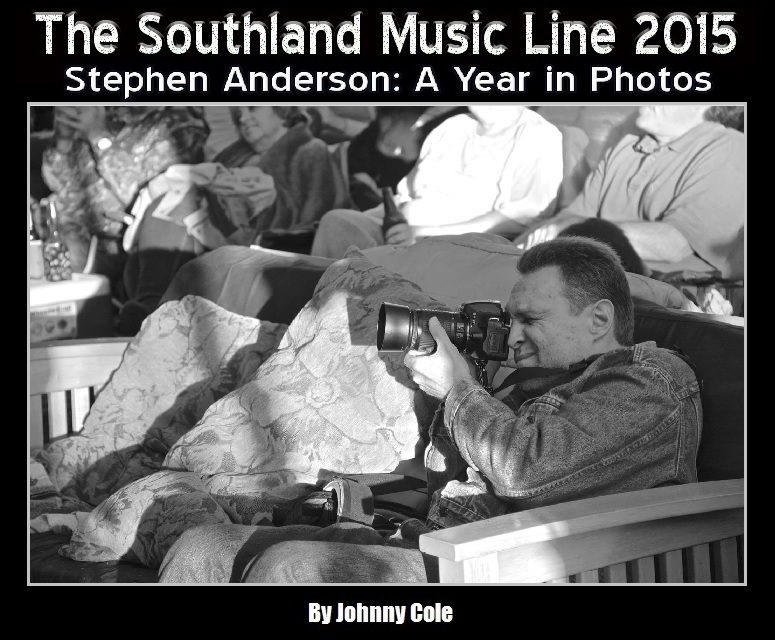 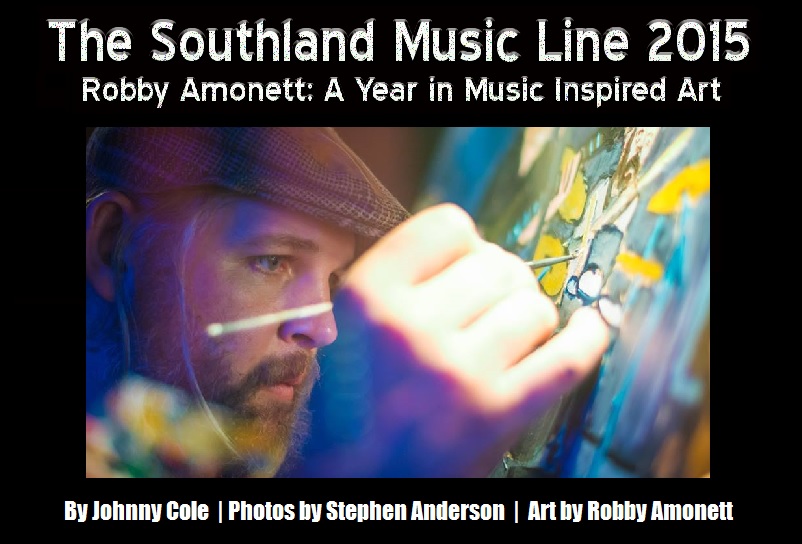