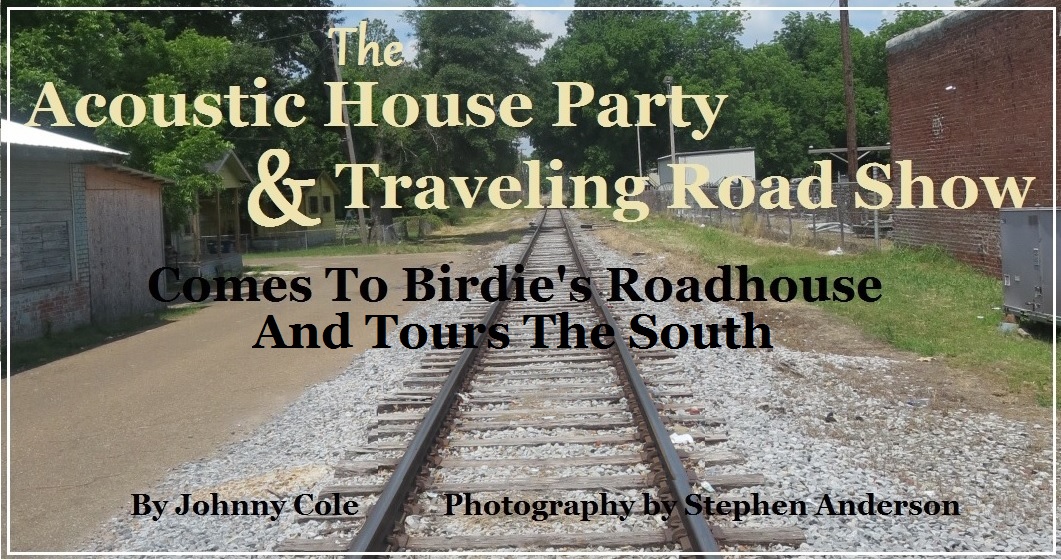 Some music is meant to be performed at places like the famous “Birdie’s Roadhouse” just 10 miles north of Bogalusa, Louisiana on Hwy 21 and a few minutes from the famed “Studio in the Country”. On the evening of Sat. Aug. 2nd, 2014 it did seem, for a little while, just as Rambling Steve Gardner called it: “the center of the known musical universe!” 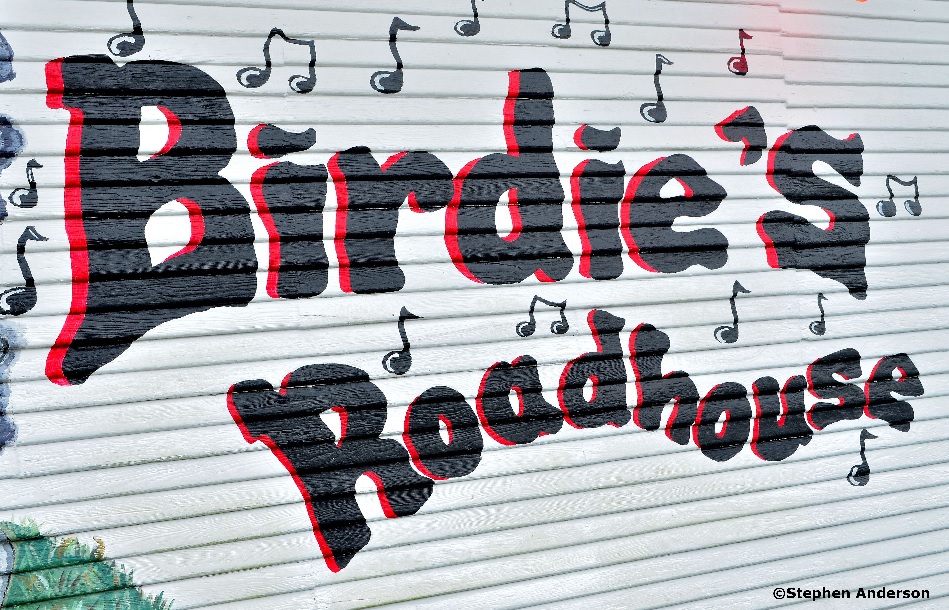 The Southland Music Line’s constant search for the best music makes it often necessary to travel many hours to venues where we are sure good music can be found. With Birdie’s, we only had to travel an hour and a half to enjoy some of the best live entertainment anywhere. The music was provided by the “Acoustic House Party & Traveling Road Show: featuring Blues greats Libby Rae Watson, Rambling Steve Gardner, Bill Steber and Wes Lee. The name of the tour was “Times Ain’t Like They Used To Be”. I loved the description of what they posted about their tour: “We have a train load of big leg fun to spill out into your front room, your pickin’ parlor, your back yard, your fish fry or most other spots on the map.” If you ask me, a perfect description to describe such a fun series of shows. 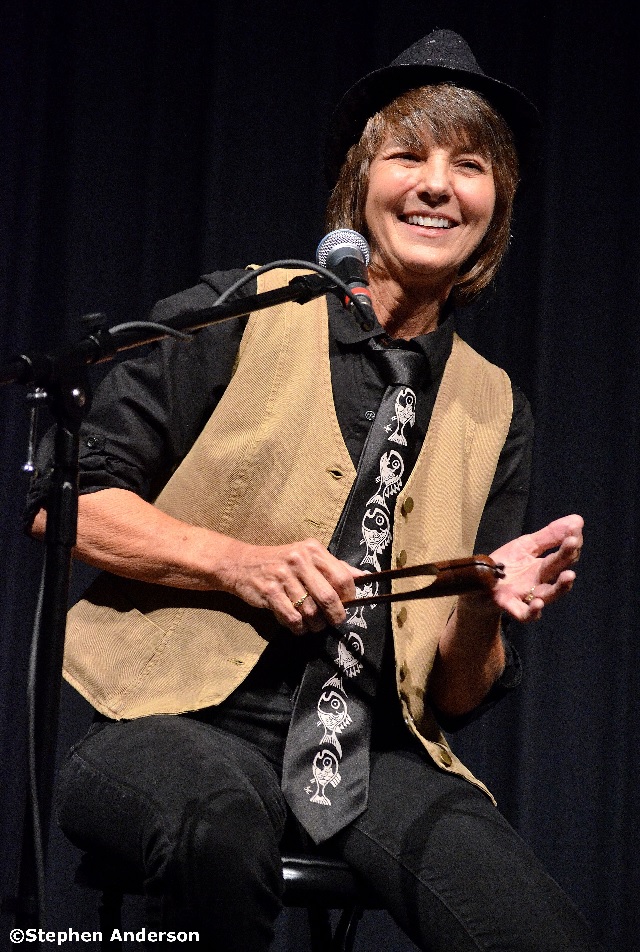 Libby Rae Watson, a longtime friend of “The Line’s” Stephen “Andy” Anderson from their early teens in Pascagoula, MS, has such a musical history and knowledge of the blues that she could and should write a book. The stories and experiences connecting her to some of Blues greats like Sam Chatmon, her mentor, are some of the best you’ll ever hear about the blues. Impressively, Libby at a young age, a female, in 1970’s Mississippi, befriended great and amazing Bluesmen from the Mississippi Delta and the Hill Country of Northern Mississippi, thus making her one of the only blues women to cross what were racial and cultural boundaries. The photographs and stories of her with these incredible talents are priceless. During the 1990’s, her band, The Liberaetors, released both, “Saltwater Blues” and “Spur of the Moment”. 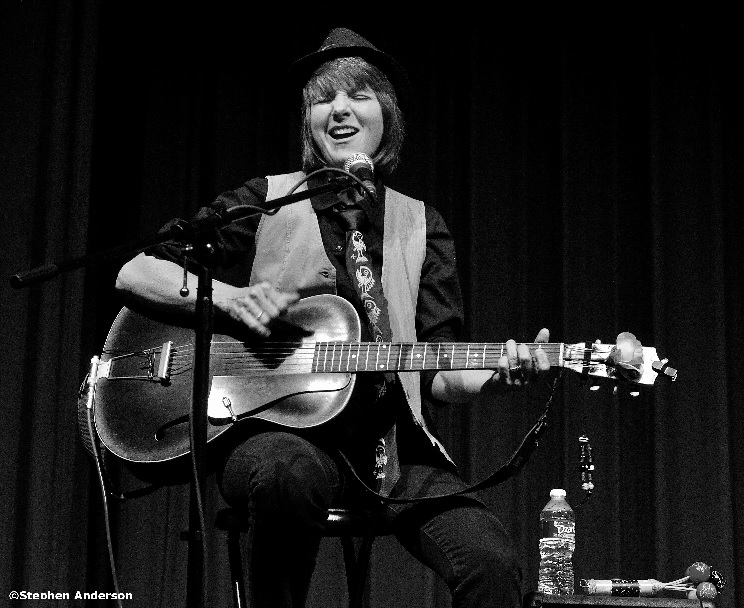 In 1978, Libby helped 0rganize and arrange the talent that became part of the very first Delta Blues Festival in Greenville, MS. Libby continues to perform solo or tour with amazing bluesmen like Doc MacLean. She has made appearances in countless number of festivals (ie: King Biscuit Festival, New Orleans Jazz and Heritage Festival, Mighty Mississippi Blues Festival, Sam Chatmon Festival) and some of the best blues and music venues around. 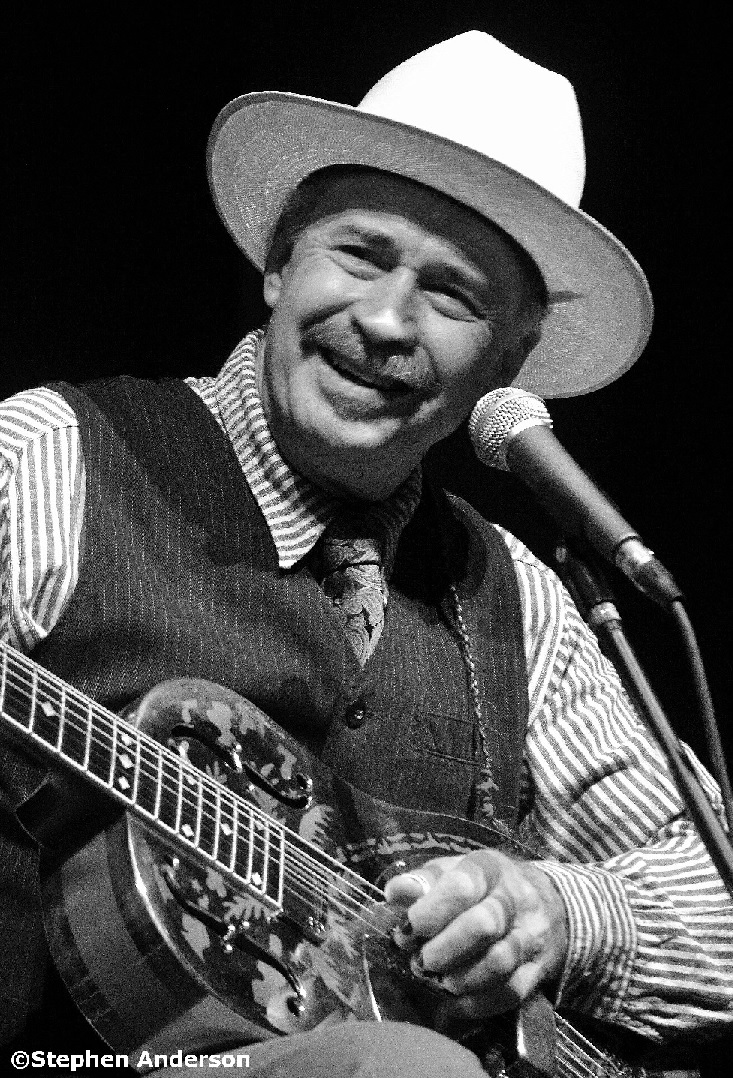 Bluesman Steve Gardner, aka Rambling Steve Gardner (solo artist and member of the Jericho Road Show), also has an extreme wealth of knowledge of the blues and the legendary bluesmen that he came to know well during his days working as both photojournalist and musician in the 1970’s. Since 1980 he has been living in Japan and has freelanced for both Japanese and U.S. magazines. In 1994, he released the photo book “Rambling Mind” that highlights Mississippi and the Blues he knows so well, and he is one heck of a musician in his own right. I’ve never seen anyone play the washboard in such a way…definitely one of the best! 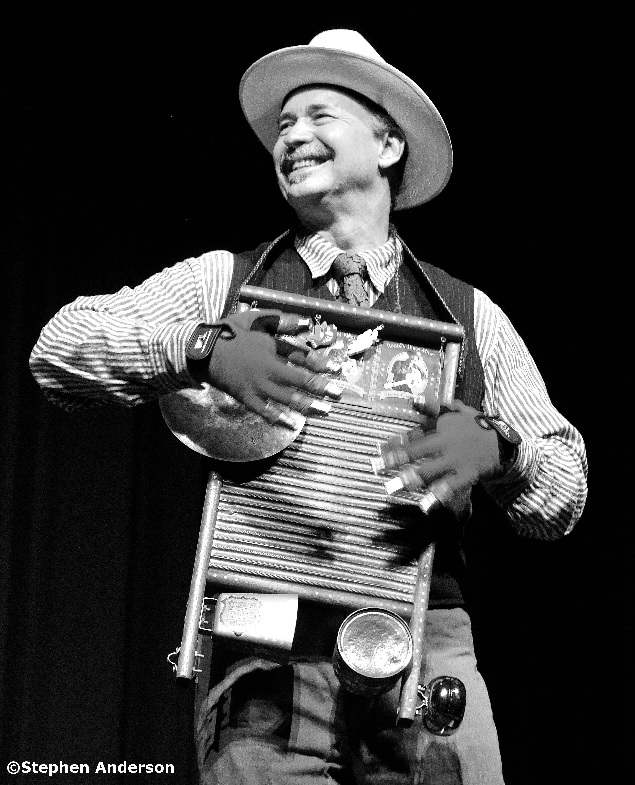 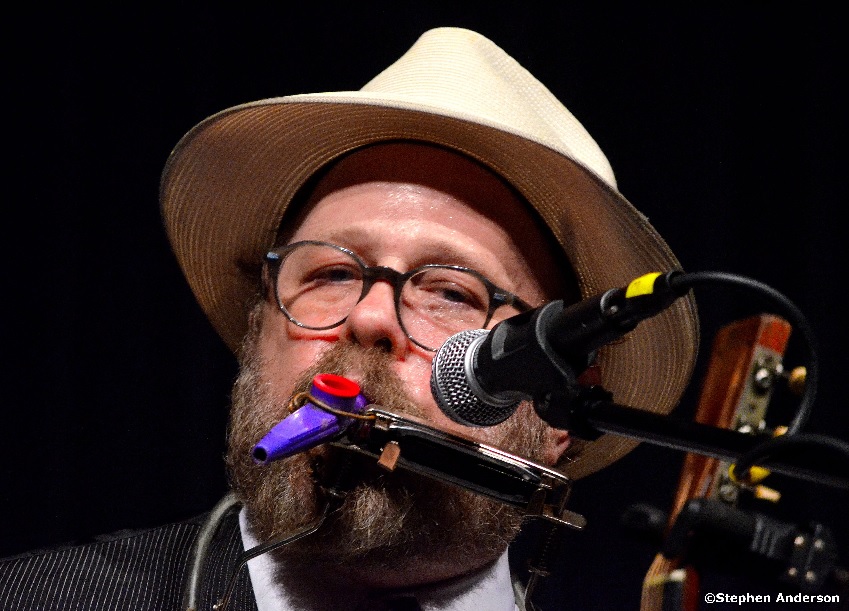 Bill Steber, is an amazing photographer, musician and entertainer. My conversations with him were a real pleasure. A native of Tennessee, he, not only sings the blues, but takes some of the best blues themed photography I’ve seen. After years of working with Nashville’s “Tennessean” and winning countless regional and national awards, Steber continues to pursue his talent as a gifted photographer, as well as making music with The Jake Leg Stompers and others. His performing with this amazing four-piece ensemble was definitely entertaining to the crowd at “Birdie’s”, and felt exactly how it was meant to be. 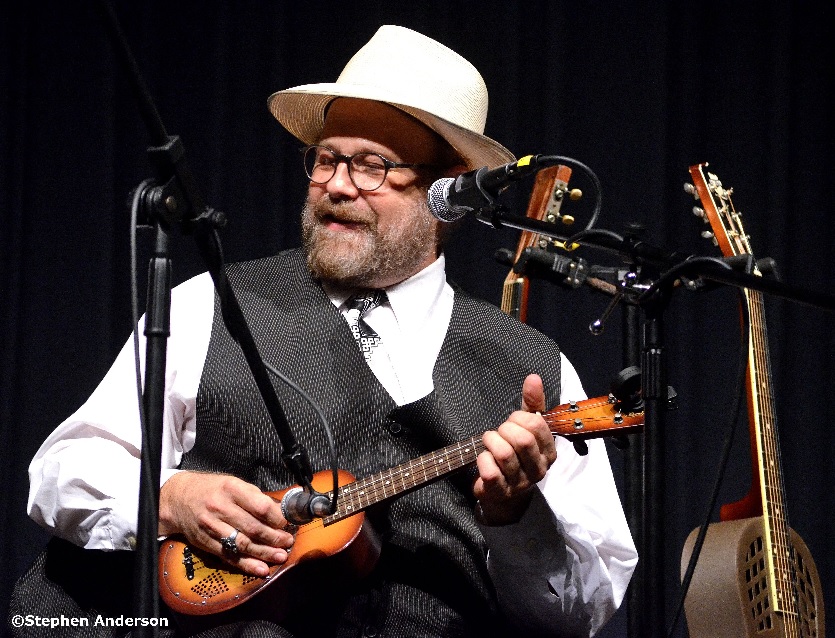 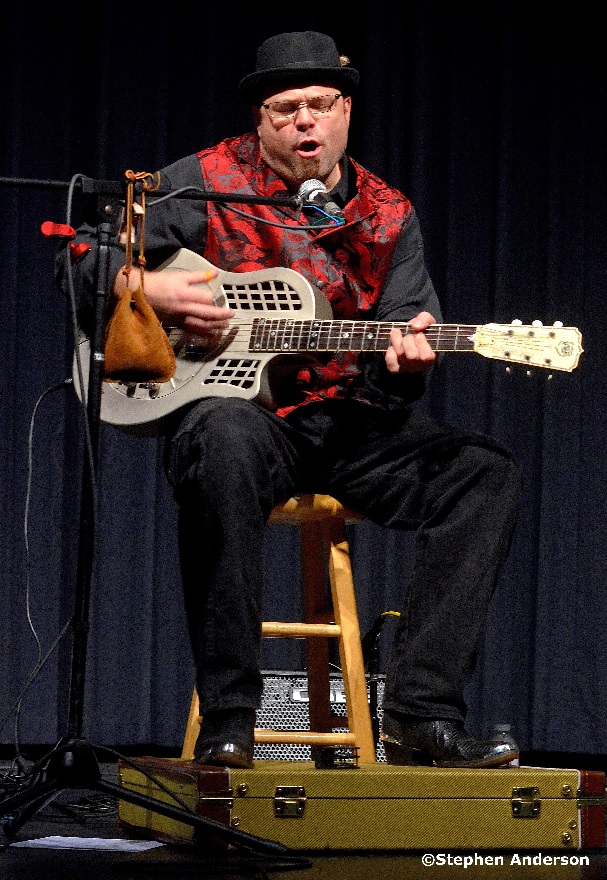 Wes Lee is a highly talented musician and someone with a deep appreciation for American Roots Music and the Blues. Born in Alabama and now making Mississippi his home, Wes performs hundreds of shows, taking his brand of cool music to venues all over. Wes Lee was the ideal musician to round out this accomplished group. I believe if any venue fails to book him for a show, it would be a mistake. The guy is ‘some kind of good!”

Lee’s 6th album release, 2013’s “Wood & Steel”, has received much acclaim and garnered some great reviews. He was also a recent standout at the L.A. ‘Lower Alabama’ Songwriters Festival. We at “The Line” have plans of writing more about Wes in the near future. 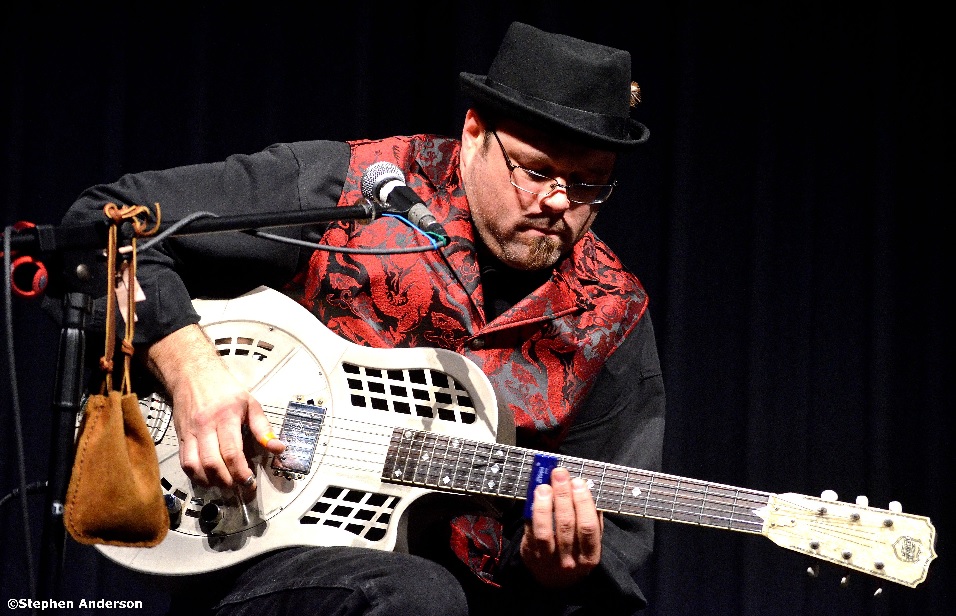 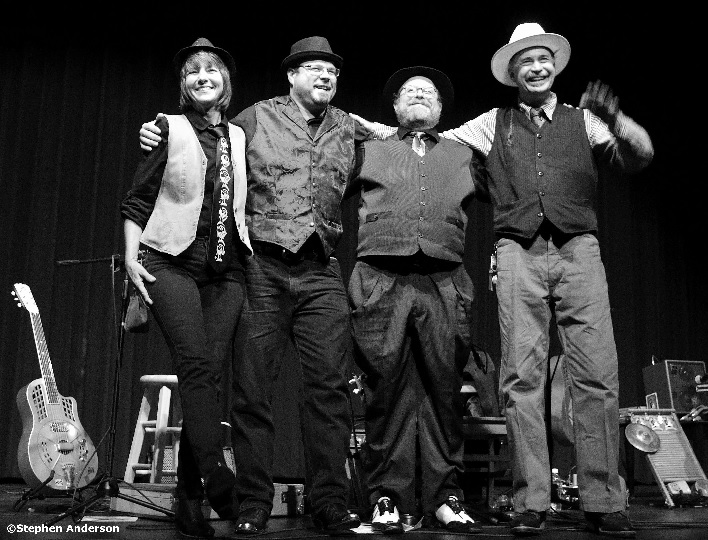 Libby, Wes, Bill and Steve at “The Mary C” (Photo by Stephen Anderson)

The four provided great stories, a fun sense of humor and simply the best music, making “Birdie’s Roadhouse” really seem to be the center of the known musical universe. Everyone in attendance loved every minute of the show.

We at “The Line” had a great time seeing the “Acoustic House Party & Traveling Road Show” at Birdie’s. We will most certainly be making a return visit to this exciting destination. The seafood gumbo, fried green tomatoes and boiled shrimp were all Louisiana good! The staff and those who run Birdie’s couldn’t have been nicer.

Any uninformed driver passing by would likely have no idea what a cool place lies beyond those front doors. Birdie’s is truly an original that could easily become an addiction for any music lover. Thanks Birdie’s. 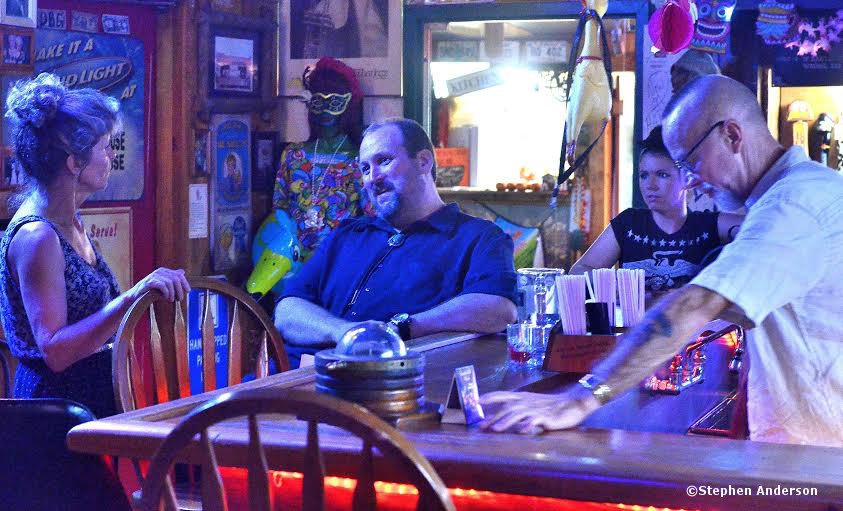 The Southland Music Line had a great time at Birdie’s. (Photo by Stephen Anderson) 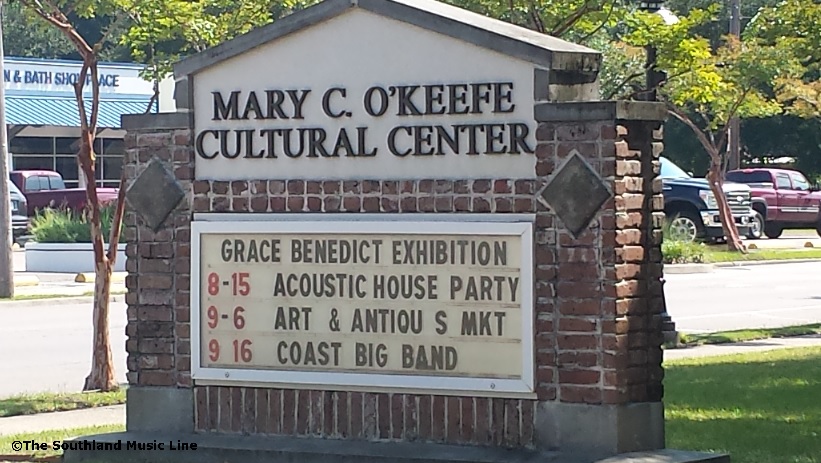 “The Mary C” was one of several stops on the tour. (Photo by Stephen Anderson)

This one of kind special tour made multiple stops across the South. “The Line” was able to catch Steve Gardner and Bill Steber at Murky Waters in Gulfport, MS. A few days later, Stephen Anderson (photographer for “The Line”) was in attendance at one of the tour’s highlights – The show at the Mary C. O’Keefe Cultural Center of Arts (aka “The Mary C”) in Ocean Springs, MS. He was able to get some of his best photos of this tour on one very special night of music. 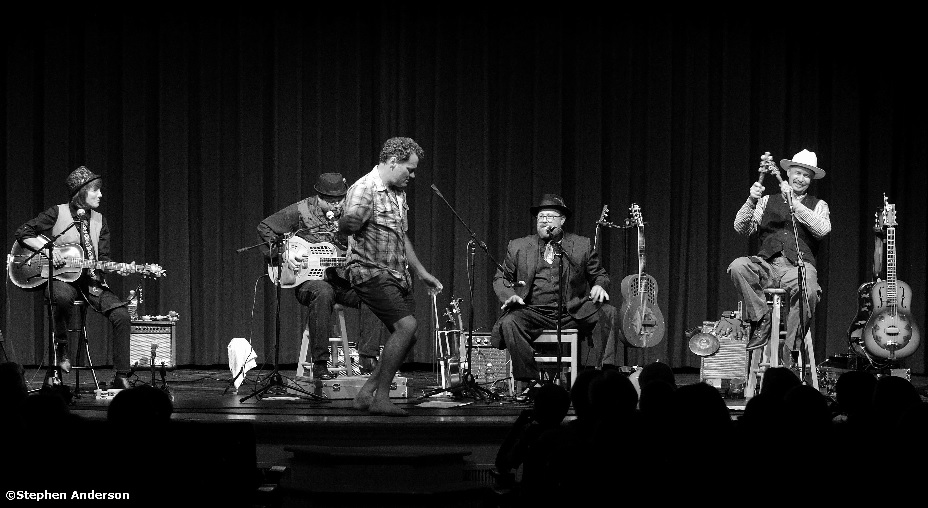 The Southland Music Line can easily say these shows were some of the best we’ve seen this year (combined we’ve seen between 150-200 shows, so far in 2014, which includes over 400+ artists/bands. That number excludes some festival events.) We want to thank Libby, Steve, Wes and Bill for making their tour so special to us. 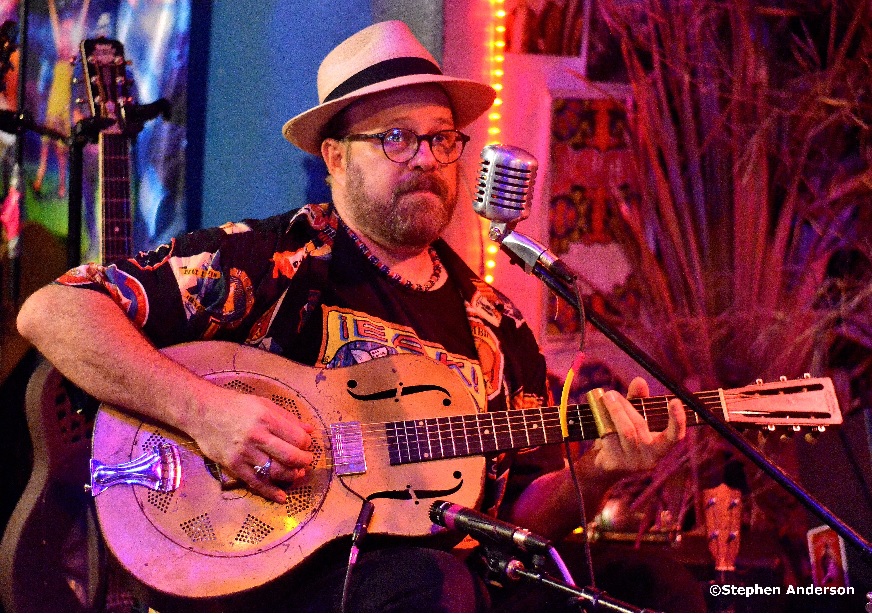 *One final note: Following the show at “The Mary C”, I was able to see part of the group of incredible musicians at another gig and a house party of sorts – Late night at the local International House of Pancakes in Pascagoula, MS. The way this ensemble of musicians get around, it wouldn’t have surprised me if they would have been scheduled to play there. Kidding aside, it was a whole lot of fun visiting with such kind folks. 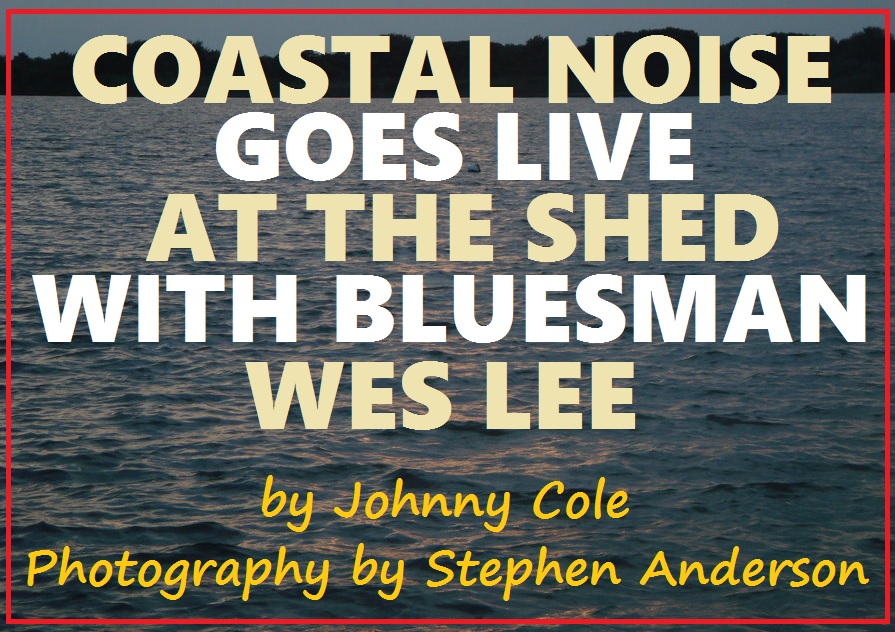 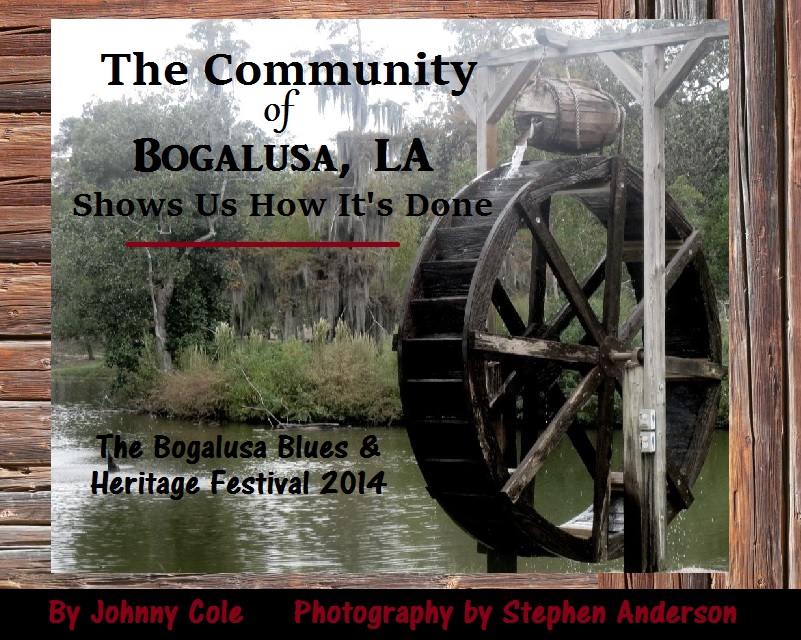 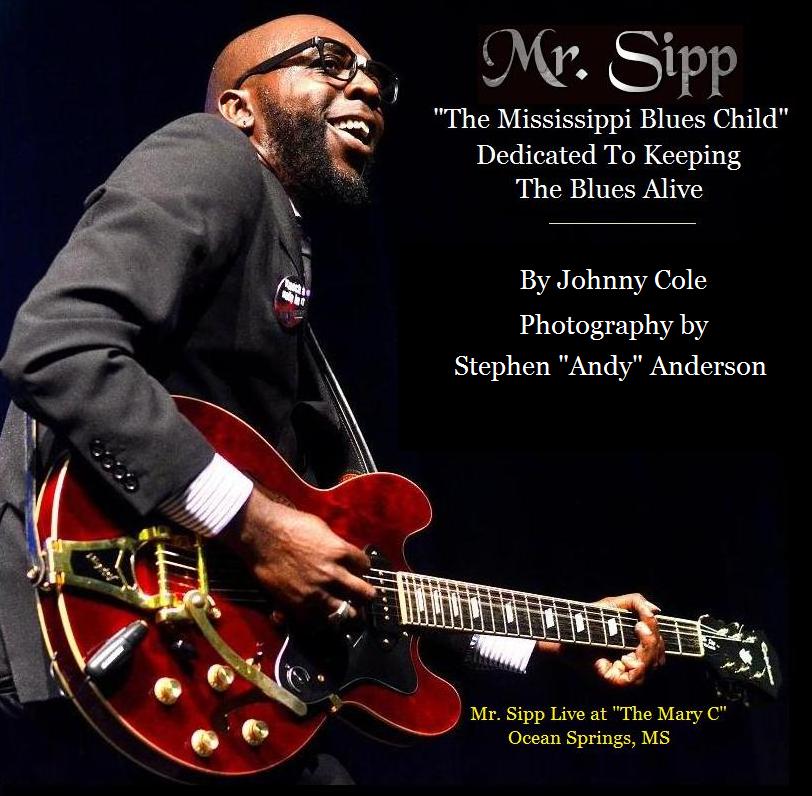