An Article by Johnny Cole
Photos by Stephen  Anderson

On the evening of Thursday, March 7, 2019, The Southland Music Line photographer, Stephen “Andy” Anderson had the privilege of attending a much anticipated event featuring Josh Ritter, songwriter-musician and author of “Bright’s Passage”, at the University of South Alabama “Main Stage Theater” in the Laidlaw Performing Arts Center. The event welcoming Ritter as 2019’s Annual Songwriter Keynote was co-sponsored by Stokes Center for Creative Writing, the Independent Music Collective, the Univ. of South Alabama Dept. of Theatre and Dance, University of South Alabama Dept. of English, and the Honor Society of Phi Kappa Phi.

Josh Ritter, recently back from his appearance on the Cayamo Cruise 2019, performed his original music alongside Zack Hickman and read passages from his 2011 New York Times best-seller. Ritter’s book has received acclaim from several sources including National Public Radio (NPR) and fellow-author, Stephen King, who says “Bright’s Passage shines with a compressed lyricism that recalls Ray Bradbury in his prime… This is the work of a gifted novelist.” 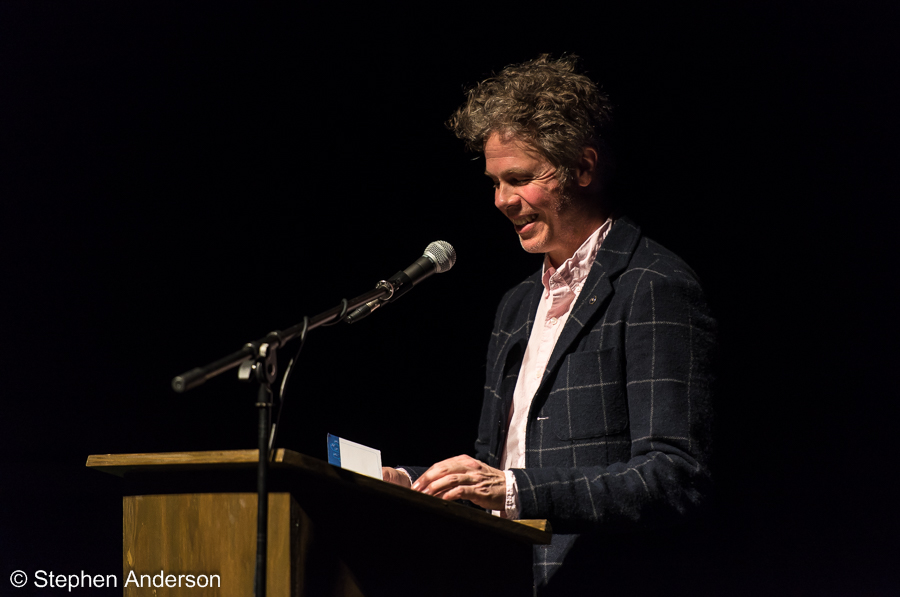 In 2003, I wrote a positive review in The Underground Music Press of Ritter’s third album “Hello Starling”, praising his lyrics and likening them to music by select number of songwriter greats. I have also reviewed his 2005 EP “4 Songs Live” and 2006’s “The Animal Years”.

Over the course of his career, Ritter has released several studio albums. His latest “Fever Breaks”, his tenth, is set to be released in April of this year.

Since his arrival to the music scene, I have followed Ritter closely; attending several concerts by he and the Royal City Band including a memorable New Orleans’ show at One-Eyed Jack’s in 2016.

Stephen Anderson spoke highly of this most recent show at the university in Mobile (AL) and is looking forward to seeing Ritter again in the near future. Also, we at “The Line” would like to thank those responsible for this enjoyable evening of music. 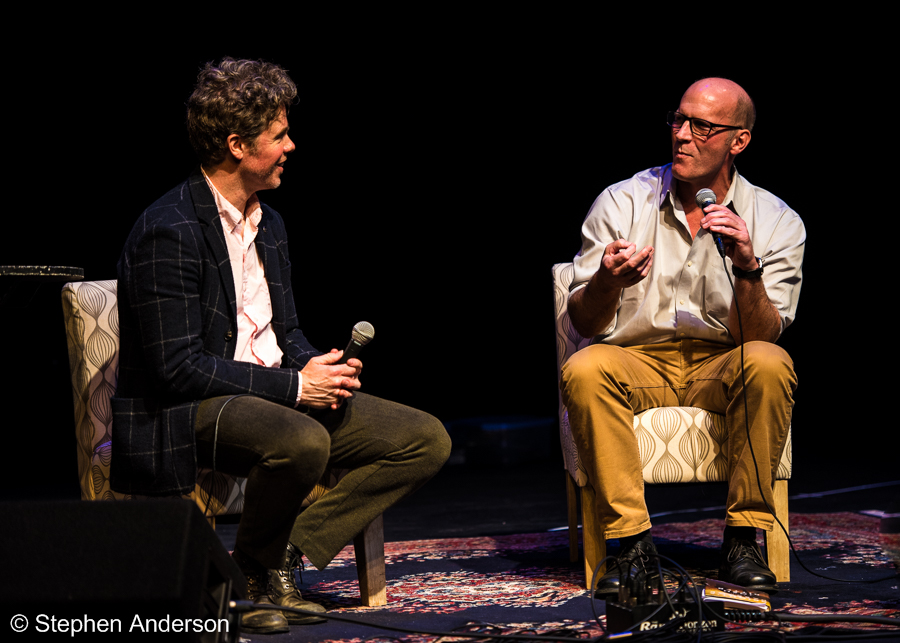 ☆ Josh Ritter’s The Setlist from the show at the Laidlaw Performing Arts Center in Mobile, AL (Thur. Mar. 7, 2019):

▪Feels Like Lightning
▪ A Certain Light
▪ Henrietta, Indiana
▪ Thunderbolt’s Goodnight
▪ Showboat
▪ Train Go By
▪ Folk Bloodbath
▪ The Torch Committee
▪ All Some Kind of Dream
▪ Cumberland
▪ The Curse
▪ Linden Arden Stole the Highlights (Van Morrison cover)
▪ Oh Lord (Part 3)
▪ Getting Ready to Get Down