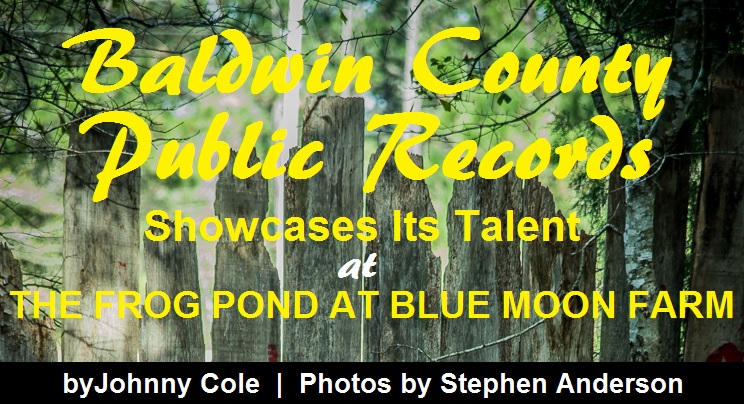 The Deep South doesn’t have long cold winters as its neighbors to the North, but on a Sunday afternoon in January 2016, winter showed its not-so-friendly face as a loyal group of music loving fans gathered together for a special occasion.

These devoted fans came together at The Frog Pond at Blue Moon Farm to celebrate the artistry of the musicians and songwriters signed in 2015 to the Alabama-based label, Baldwin County Public Records.

The Frog Pond is home of the highly entertaining “The Frog Pond Sunday Social”, which weekly showcases the best in music and friendships. Musicians from around the country join some of the area’s premier talent to entertain a loyal, devoted fanbase. The increasing popularity of the event has spread beyond its Gulf Coast home as fans travel from an array of distances to be a part of this cherished event at its home in the charming Southern community of Silverhill, AL.

Crawford had several reasons to be proud: the afternoon’s BCPR musician’s showcase,  the release of his brand new solo album, “National Treasure” along with opportunity to perform his songs live and above all, the introduction of his beautiful newborn daughter, Dusty, to The Frog Pond music family. Crawford, along with wife Savana, form the duo of Sugarcane Jane and have been the subject of several articles at The Southland Music Line. 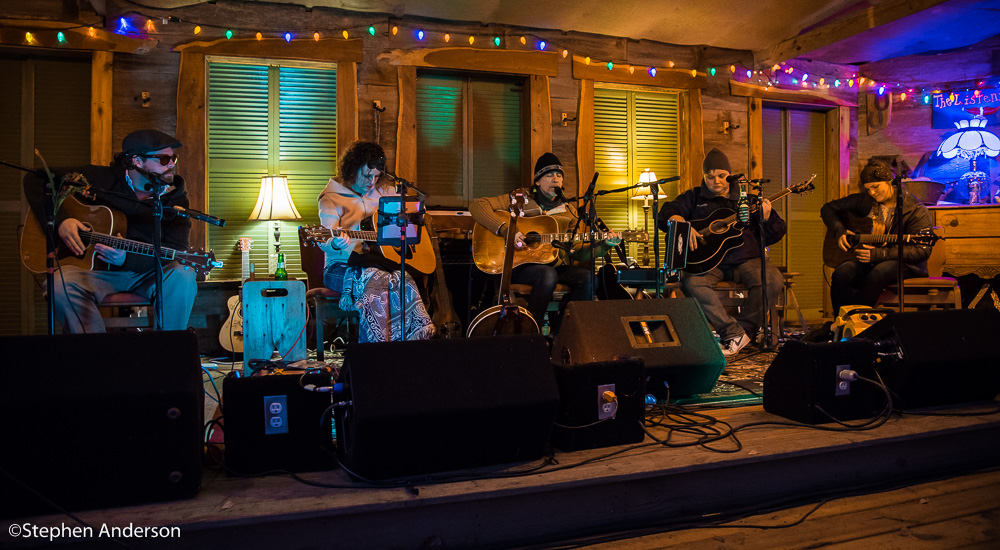 Each artist who has recorded their music at Crawford’s Admiral Bean Studio in nearby Loxley, AL took turns performing their songs to the delight of all in attendance. As the afternoon turned into evening, it became evidently clear that these musicians are on their way toward  promising careers. BCPR’s mission for music excellence was on full display and it was a pleasure to be among those enjoying the show.

Label executives Jeff Zimmer and Anthony Crawford, along with all those who are a part of the Baldwin County Public Records have good reason to celebrate and hopefully, more such shows are in the future!

These kind of events at The Frog Pond at Blue Moon Farm continue to make it one of America’s best live music venues that provide us with wonderful memories. 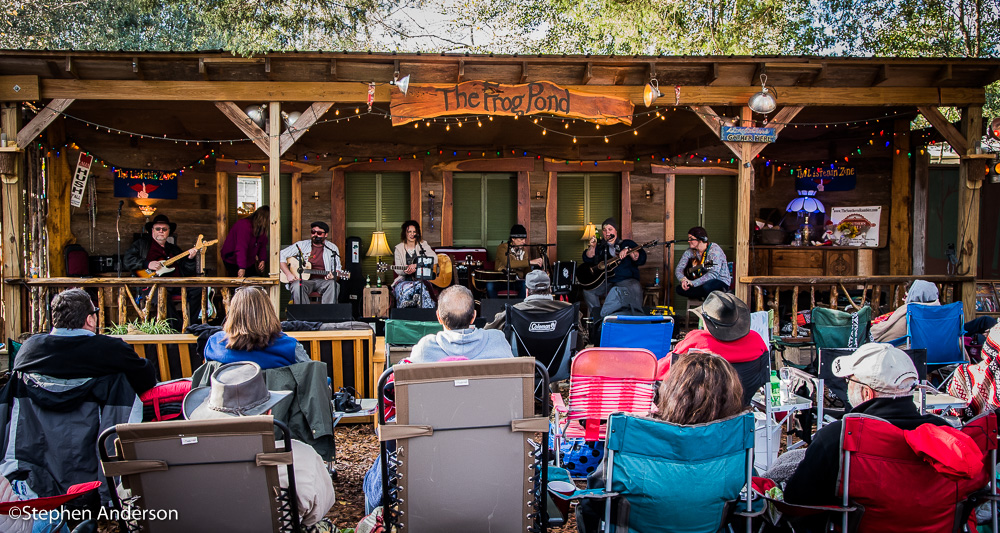 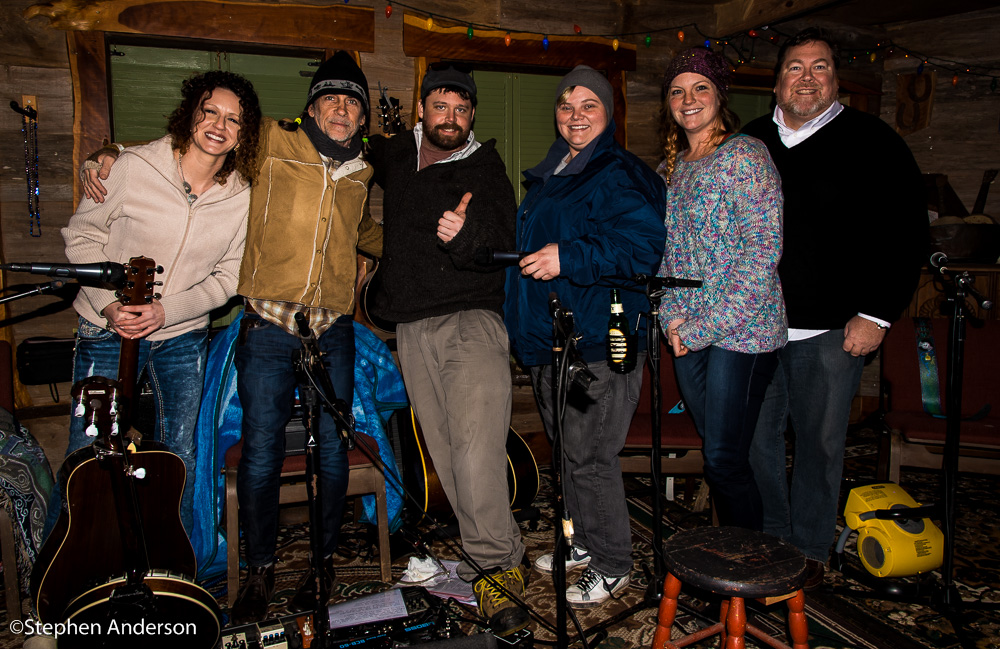 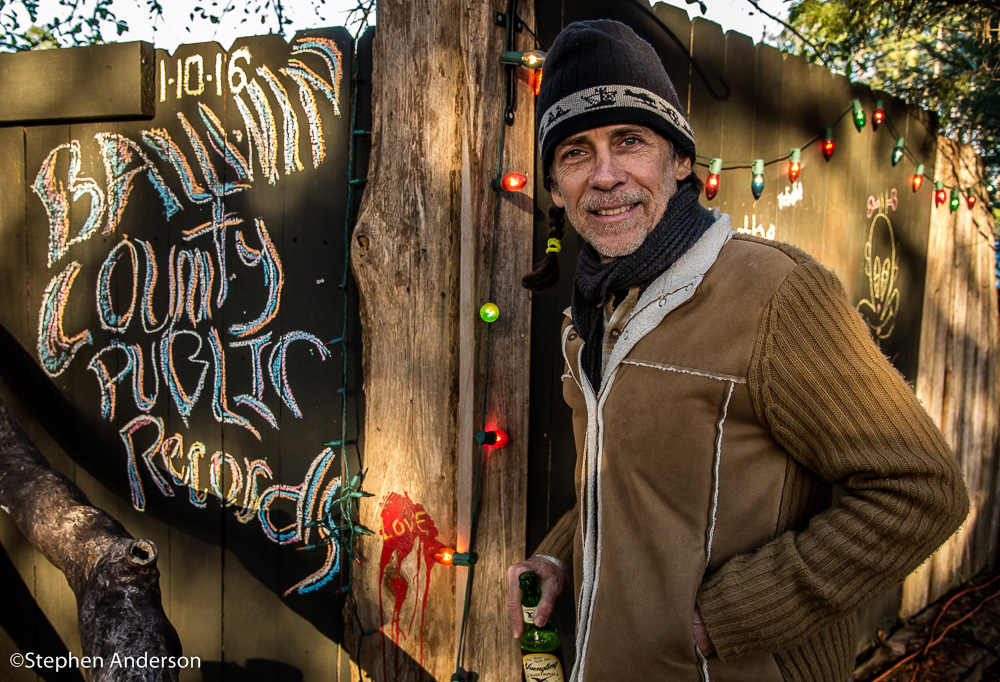 Anthony Crawford on the day of the Baldwin County Public Records Songwriter Showcase (Sun. Jan. 10, 2016). Crawford is a label exec. at BCPR, owns and operates Admiral Bean Studio in Loxley AL, and has a successful career as a songwriter, musician and producer.  He is presently a part of Sugarcane Jane and Willie Sugarcapps and his resume includes performing with Sonny James, Neil Young, Steve Winwood, and Dwight Yoakam. 2016 sees the release of  latest solo album, “National Treasure”.
. 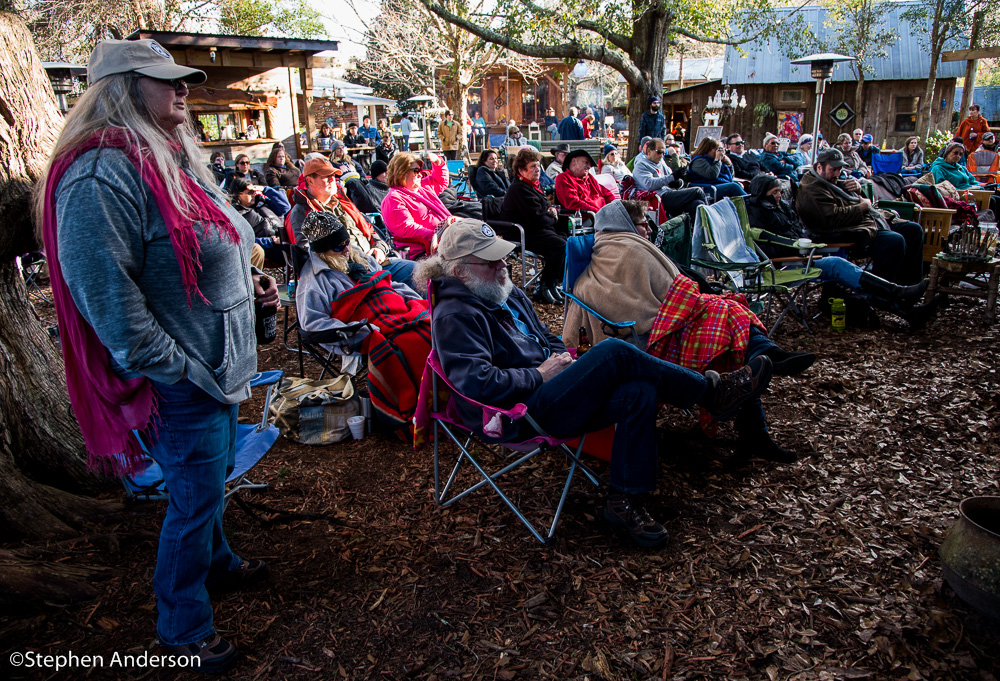 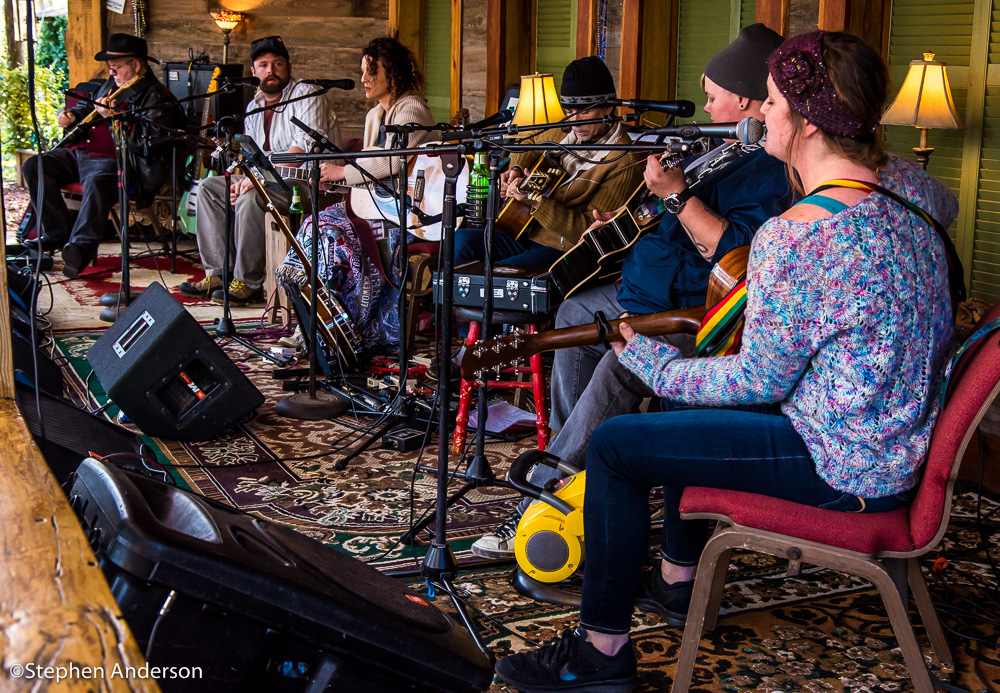 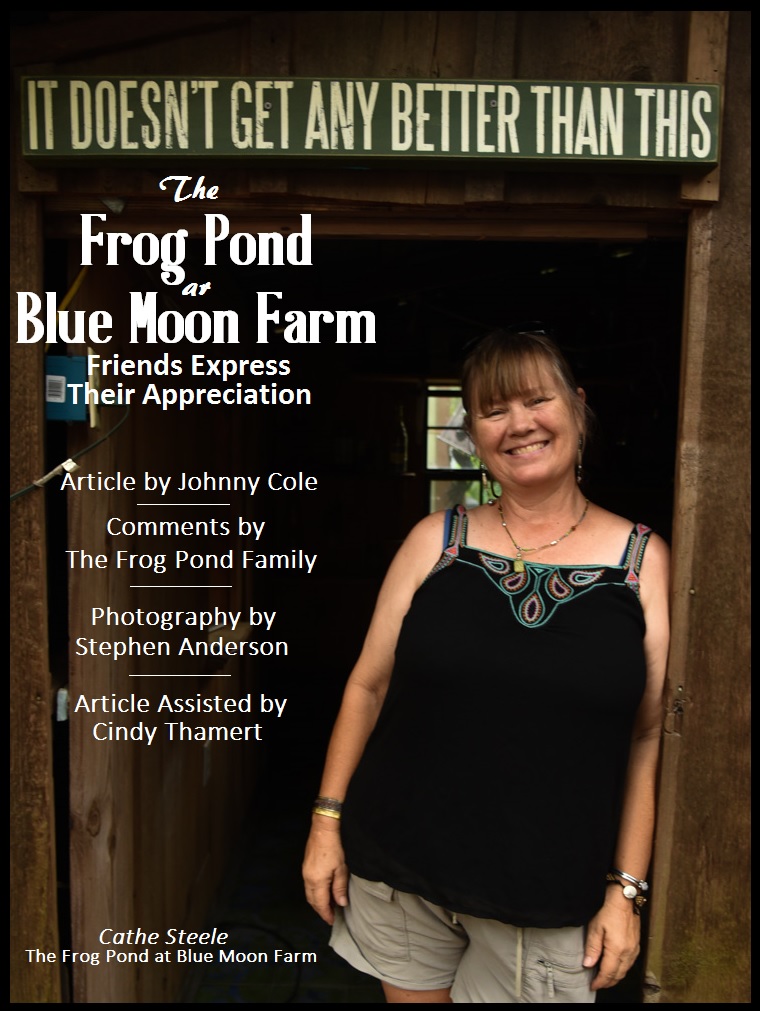 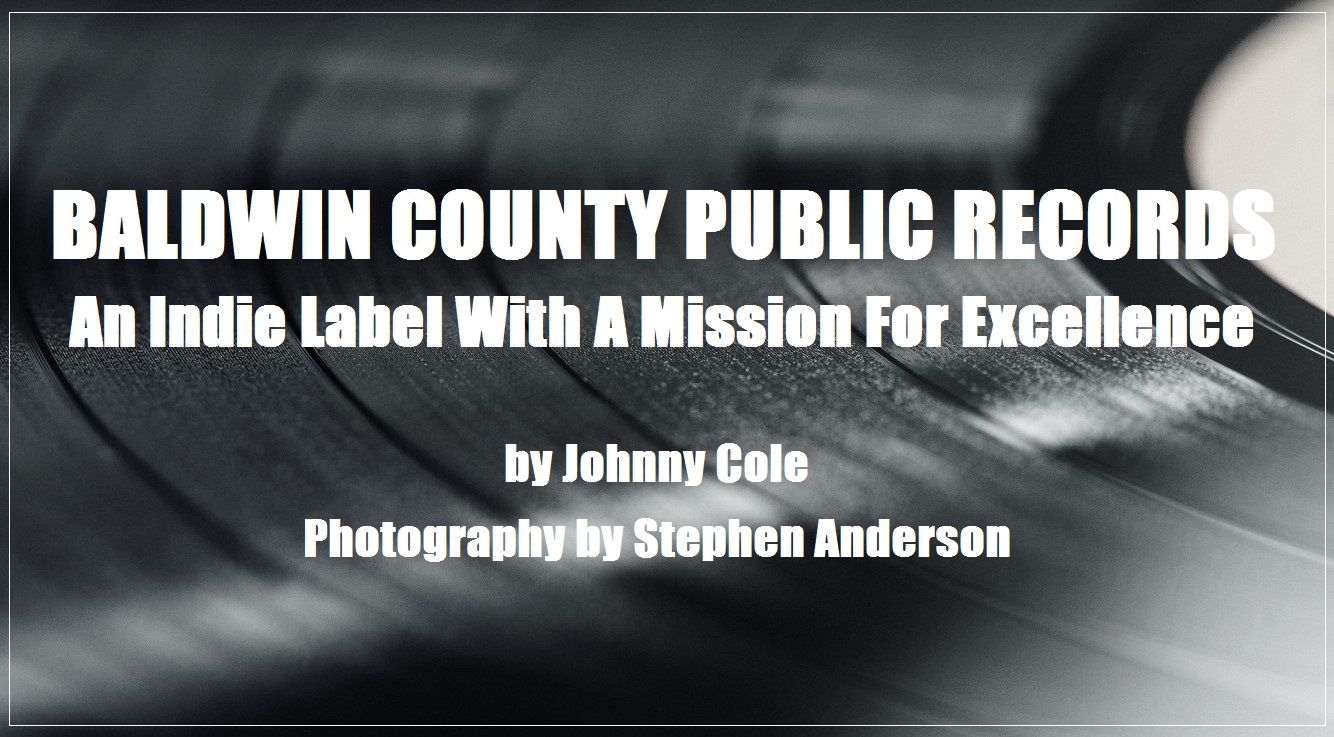 Baldwin County Public Records: An Indie Label With A Mission For Excellence