Now six months into the new year, despite bouts with illness along with two car accidents, I’m steadily moving ahead with similar numbers and the quality of music couldn’t be more outstanding.

Festivals are a huge part of what we do at The Southland Music Line, but each year we are becoming more selective.

The Southland Music Line returned to The New Orleans Jazz & Hertige Festival in April.
While attending one day of Jazz Fest one can’t do everything, but one can sure try. Johnny Sansone at the giant blues tent stage was a nice start. His award winning “The Lord Is Waiting and The Devil Is Too” never gets old. My group of friends and I later saw a familiar favorite Gal Holiday and the Honky Tonk Revue at the Fais-do-do Stage. Later in the afternoon at The Gentilly stage was Bobby Cure Band & the New Orleans Classic R&B Revue with Clarence “Frogman” Henry, Al “Carnival Time” Johnson, and more.  They were followed by Big Sam’s Funky Nation, Tab Benoit, and finally Nathaniel Rateliff & The Night Sweats. The evening was topped off by the amazing Van Morrison.

Stephen Anderson also ventured off to various other stages including The Laginappe Stage to join friends to see Willie Sugarcapps.

The Rock and Roll Hall of Fame Induction Ceremony at Barclay’s Ctr. in Brooklyn, NY (Fri. April 8, 2016) Photo by J.C.

In the spring, The Jericho Road Show consisting of Rambling Steve Gardner, Libby Rae Watson, Bill Steber, and Wes Lee teamed up for a statewide tour promoting  Mississippi’s deep musical heritage as the birthplace of America’s Music. This traveling road show kicked off its tour at Duling Hall in Jackson, MS and we were happy to be in attendance. Opening for The Jericho Road Show was Oh Jeremiah.

The Frog Pond at Blue Moon Farm resumes shows and its Sunday afternoon socials this autumn. The Line’s Stephen Anderson and artist Robby Amonett attended several memorable shows at The Frog Pond in early 2016. I had the privilege of joining them at the Baldwin County Public Records Songwriters Showcase and the season finale with the CD release of “Paradise Right Here” by Willie Sugarcapps. 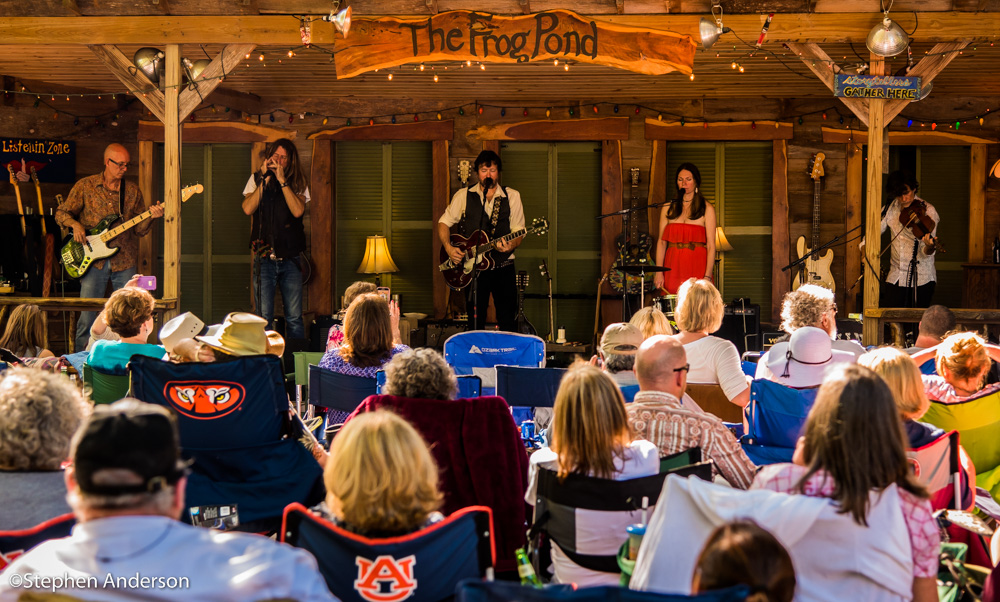 Each year Lulupalooza lives up to its expected good time. This year Stephen and I joined friends at Lulu’s in Gulf Shores, AL to enjoy the music of The Mulligan Brothers and George Porter, Jr. Jimmy Buffett’s sister, Lucy Buffett, sure knows how to throw a good party!

In April, I enjoyed Record Store Day 2016 in Hattiesburg, MS at T-Bones Records, which featured The Devil Music Co., Oh Jeremiah, and Escondido (more on them later).

Prior to this year’s New Orleans Jazz Fest, two unplugged events showcasing some festival talent were held featuring Will Kimbrough and Sugarcane Jane at The Magnolia Listening Room in Pascagoula, MS and the following night, Lynn Drury, Cary Hudson and once again, Sugarcane Jane at The Longfellow Civic Center in Bay St. Louis, MS.

In late June, I attended AthFest 2016 and The Flagpole Athens Music Awards in Athens, GA . 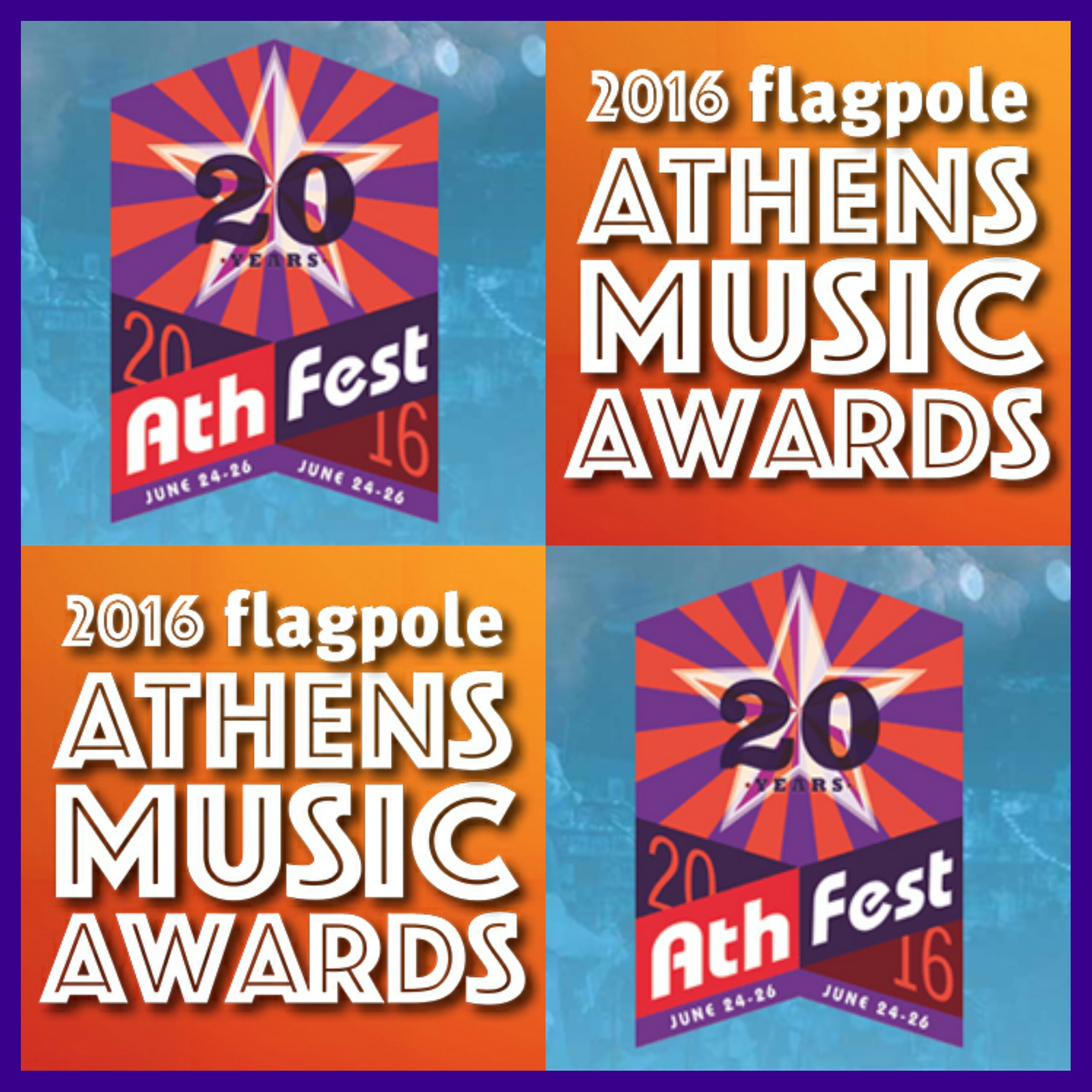 I had the pleasure of attending some exciting private events in early 2016 which included performances by Sugarcane Jane, The Mulligan Brothers, Andrew Duhon Trio, Paul Sanchez (formerly of Cowboy Mouth) and Lynn Drury. 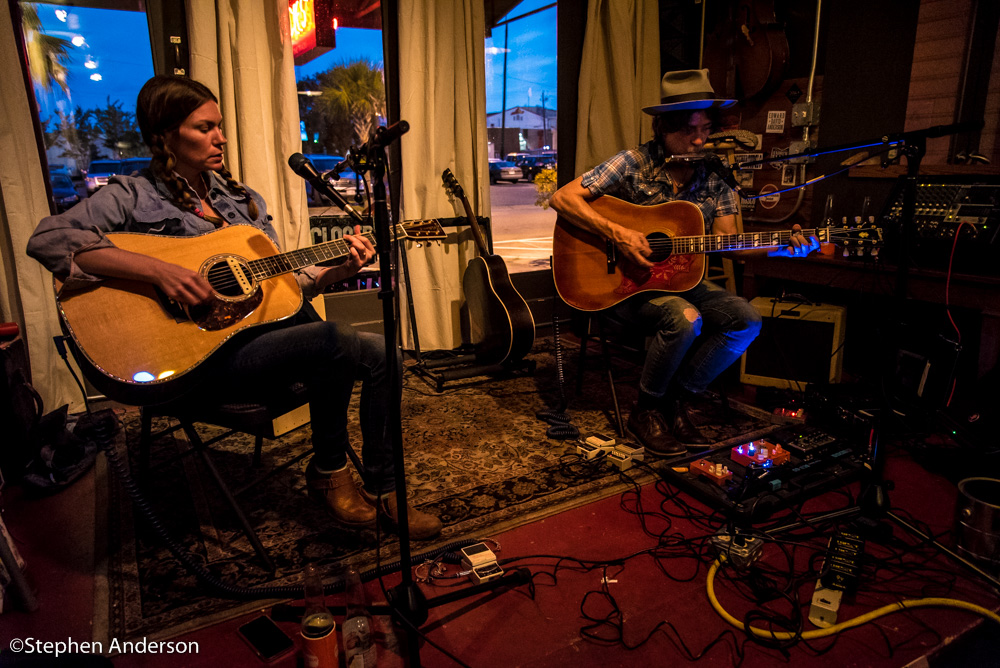 Songwriter, Open Mic and Jam Session Nights are abundant along the Mississippi Gulf Coast including the Diggs Darcey & The Monday Night Band at Irish Coast Pub, Songwriters Night at The Julep Room, Andy Lee & Friends at Just One More, and Steve Warren & Friends at Murky Waters. I enjoy every opportunity I get to attend these kinds of evenings.

The Line’s Johnny Cole with Kristin Diable and The Listening Room’s Jim Pennington (Wed. May 25, 2016)

The Listening Room of Mobile, AL is dedicated to evolving into a top-notch listening room experience. It is a work in progress that musicians are lining up to be a part of. Personally, I enjoyed several such shows at Jim Pennington’s venue: Renshaw Davies, Toonces, Della Memora, Nikki Talley & Jason Sharp, Pheasants, legendary Southern Rock greatness Cowboy’s Scott Boyer and Tommy Talton with NC Thurman, local favorite Abe Partridge & The Psychedelic Peacocks, and the spectacular Kristin Diable’s premiere performance at The Listening Room.

The Merry Widow has quickly become a hot spot for live entertainment on the Gulf Coast. We attended the sold out performance from the highly popular Lucero with special guest The Underhill Family Orchestra. There is no doubt we will be attending more shows in the near furture at this sensational Mobile, AL music venue.

Some other memorable shows and events around Mobile, AL attended during the first half of 2016 were Robert Plant & The Sensational Space Shifters at The Saenger Theatre and The Wild Feathers with Bird Dog at The Soul Kitchen. 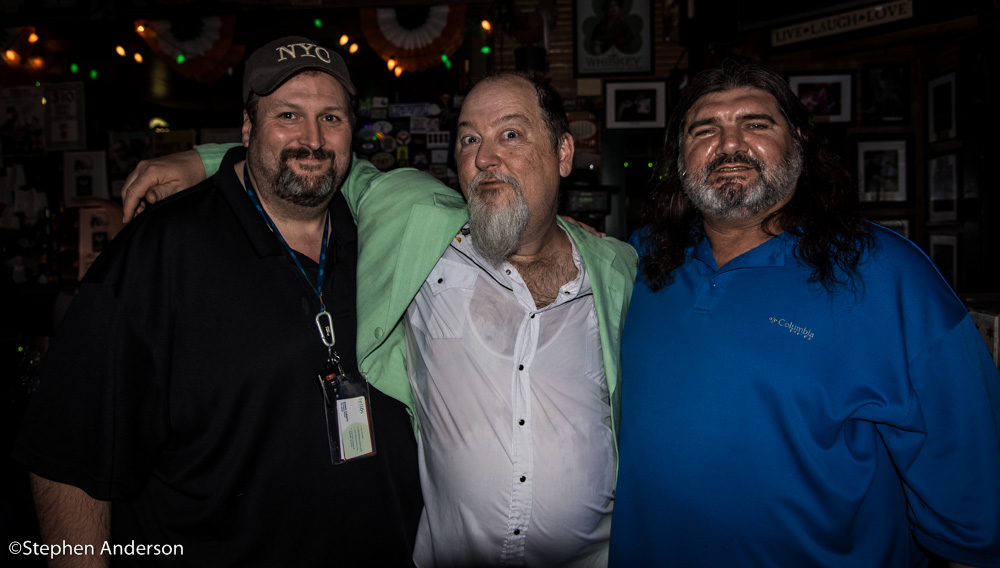 More Shows from Home and Abroad:

Some of the nearly 30 shows attended in May were Josh Ritter & The Royal City Band with The Steel Wheels at One Eyed Jacks in New Orleans, Sister Sorrow & The Dirty Birds with guest Star & Micey at 12th & Porter in Nashville, Snarky Puppy at City Winery (also in Nashville), and Gil Landry at Eddie’s Attic in Decatur, GA.

Other shows attended in early 2016 were Edward Sharp & The Magnetic Zeros at Cumberland Caverns “Home of Bluegrass Underground” in McMinnville, TN, John Paul White (formerly of The Civil Wars) with The Secret Sisters at Eddie’s Attic in Decatur, GA, Mudcrutch (Tom Petty’s pre-Heartbreaker band) at The Tabernacle in Atlanta, GA, Peter Frampton at the IP Casino in Biloxi, MS, The Cure with guest The Twilight Sad at Aaron’s Amphitheatre in Atlanta, GA, Elf Power at Georgia Theatre in Athens, GA, John Prine along with Amanda Shires at Atlanta’s Botanical Garden, Steely Dan with special guest Steve Winwood at Chastain Park Amphitheatre in Atlanta, GA, and finally Chris Isaak at The House of Blues in New Orleans. 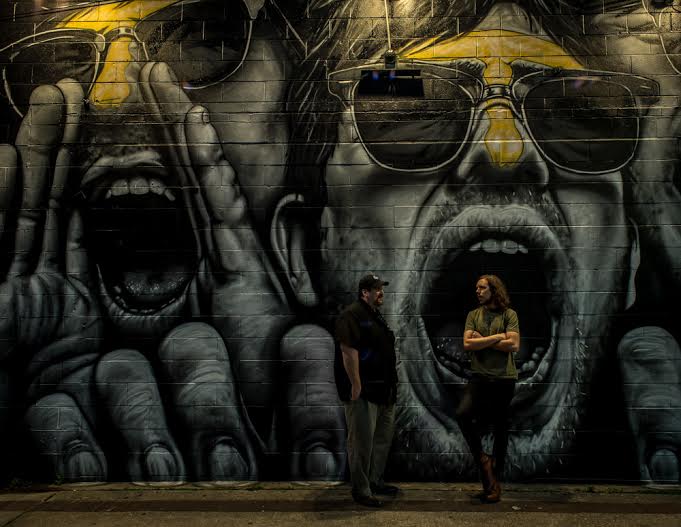 I have been following Escondido almost from their beginning as a band and yes, I’m a huge fan. Thankfully after a few failed 2016 attempts at attending shows up north,  I was privileged to see them again at SXSW in Austin, TX, a New Orleans show at Gasa Gasa (which also introduced me to the duo of Renshaw Davies) and Record Store Day in Mississippi. (see article)

Early in 2016, I was approached by a local TV channel to do a several 15 minute segments highlighting The Gulf Coast music scene. I asked Stefan Lawson of Coastal Noise to join me. We eventually shot a few episodes together and I continued on my own for a few more. The Line will be doing an article dedicated to our experience and I am presently in the process of putting together several half hour episodes of “Music Scene” for WKFK TV 7. 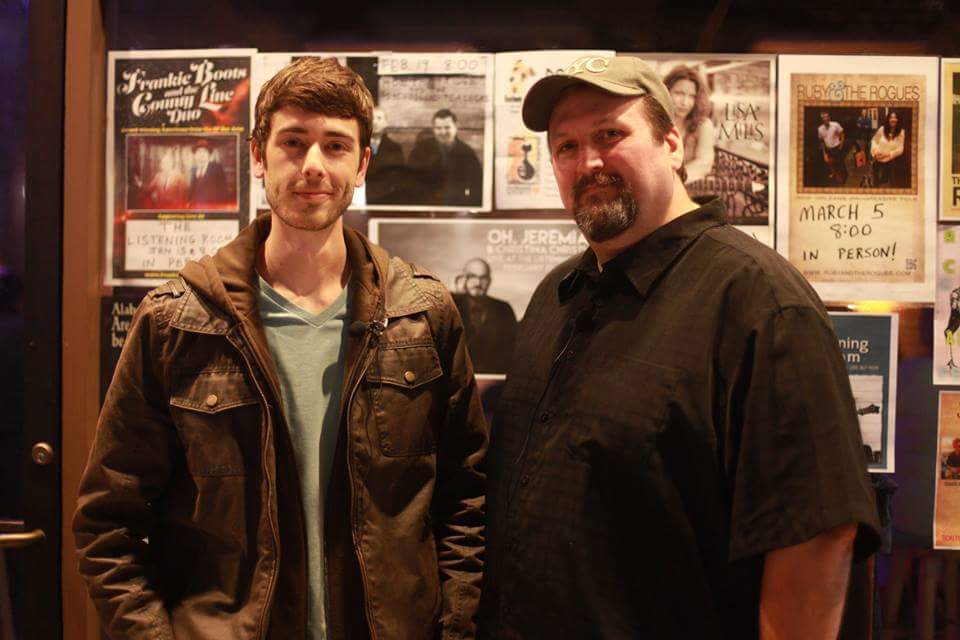 The remainder of 2016 is sure to be busy and exciting. Some of the already scheduled shows: Billy Joel, Bruce Springsteen, Elvis Costello, Larkin Poe, Lyle Lovett, Garbage, Joan Jett & The Blackhearts, Heart, Steve Miller Band, Cheap Trick, The Struts, Joe Walsh and more. 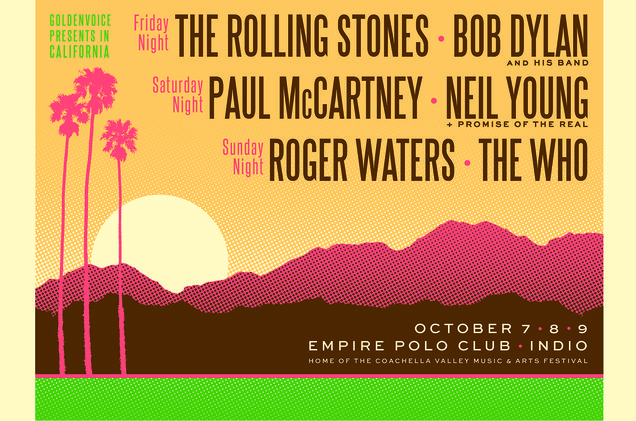 In early October, a California trip to the highly anticipated three day mega-music event, “Desert Trip” featuring Paul McCartney, The Who, Pink Floyd’s Roger Waters, Neil Young, Bob Dylan, and The Rolling Stones is sure to be a memorable event.

So will I make it another 300 or more shows in 2016? The number isn’t important, but the opportunities to attend some great shows is always my motivation and ultimate goal.

Along the way, time spent attending some outstanding music with friends like Stephen Anderson and Robby Amonett bring constant joy to the entire experience. I am forever grateful to them and others for the good times.

See you on the road. Safe Travels. 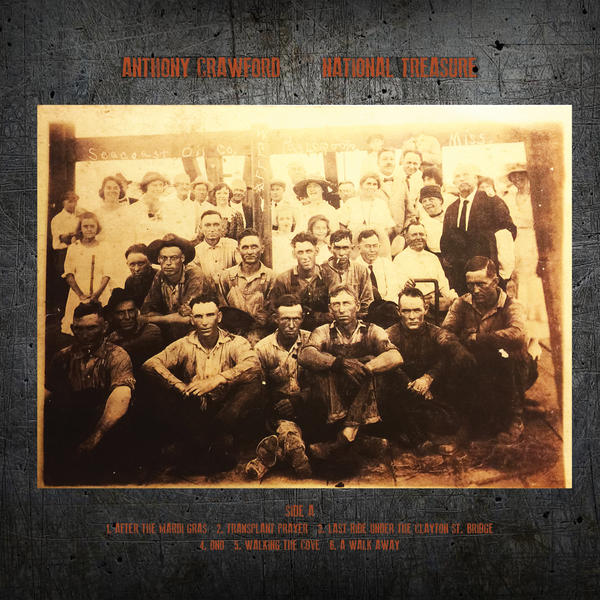 “National Treasure” by Anthony Crawford is one of 2016’s early favorites and a strong contender for one of the best albums of 2016 (to be posted at the end of the year).

Hard to decide what’s my favorite album so far in 2016. Some of my early 2016 favorites (in no particular order) : “National Treasure” by Anthony Crawford, “Walking with a Stranger” by Escondido (great follow up to their incredible debut), “Blackstar” by David Bowie, “A Cure for Loneliness” by Peter Wolf, “Lola” by Carrie Rodriguez (saw her in DC area), “Pop Post Depression” by Iggy Pop, “Midwest Farmer’s Daughter” by Margo Price, “When You Walk a Long Distance You Are Tired” by Mothers (great band out of the Athens, GA music scene), “Paradise Right Here” by Willie Sugarcapps, “Fort Worth To Bakersfield” by Steve Griggs, “The Westerner” by John Doe, “Robert Ellis” by Robert Ellis (saw him at Callaghan’s prior to albums release), “Sailors Guide to Earth” by Sturgill Simpson, “A Moon Shaped Pool” by Radiohead, “Full Circle” by Loretta Lynn, “Singing Saw” by Kevin Morby, “Mudcrutch 2” by Mudcrutch (Tom Petty), “The Ghosts of Highway 20” by Lucinda Williams, “Stranger to Stranger” by Paul Simon, a surprisingly great “Good Times!” by The Monkees, “Dig in Deep” by Bonnie Raitt, “The Hope Six Demolition Project” by PJ Harvey, “Lonely is a Lifetime” by The Wild Feathers, “Going Down in History” by The Waco Brothers, “Fall Together” by Ryan Balthrop, “Detour” by Cyndi Lauper, “Cautionary Tale” by Dylan LeBlanc, and “White Trash Lipstick” by Abe Partridge (and of course, there are several to be added by year’s end.)

And all those musicians who so kindly gave me CDs, gifts and memorable times; venues who gave me access, merchandise and drinks; and of course, the “many” friends I attended shows with and enjoyed several wonderful evenings of music.

Above all, thank you to Lauri – my wife of almost 28 years. I love you! 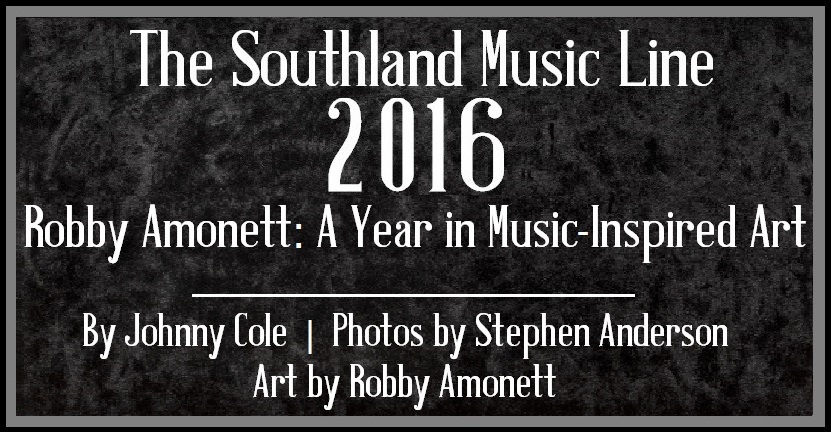 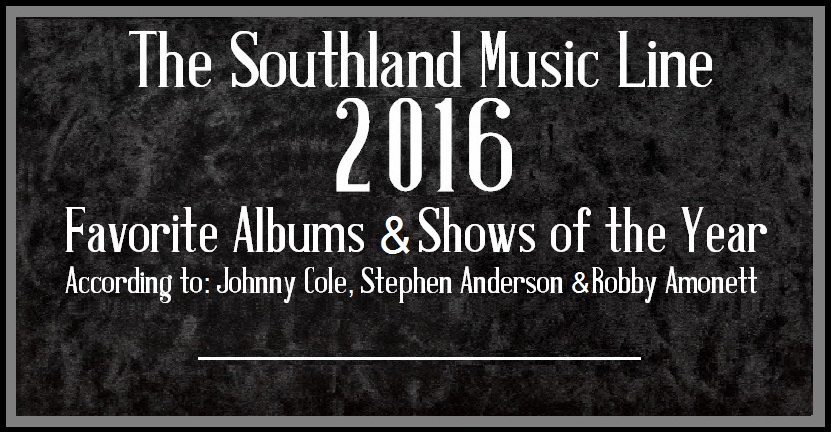 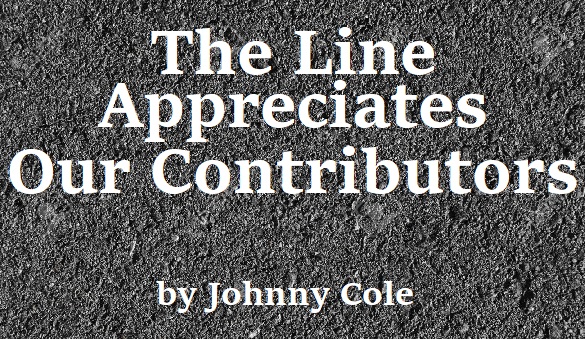